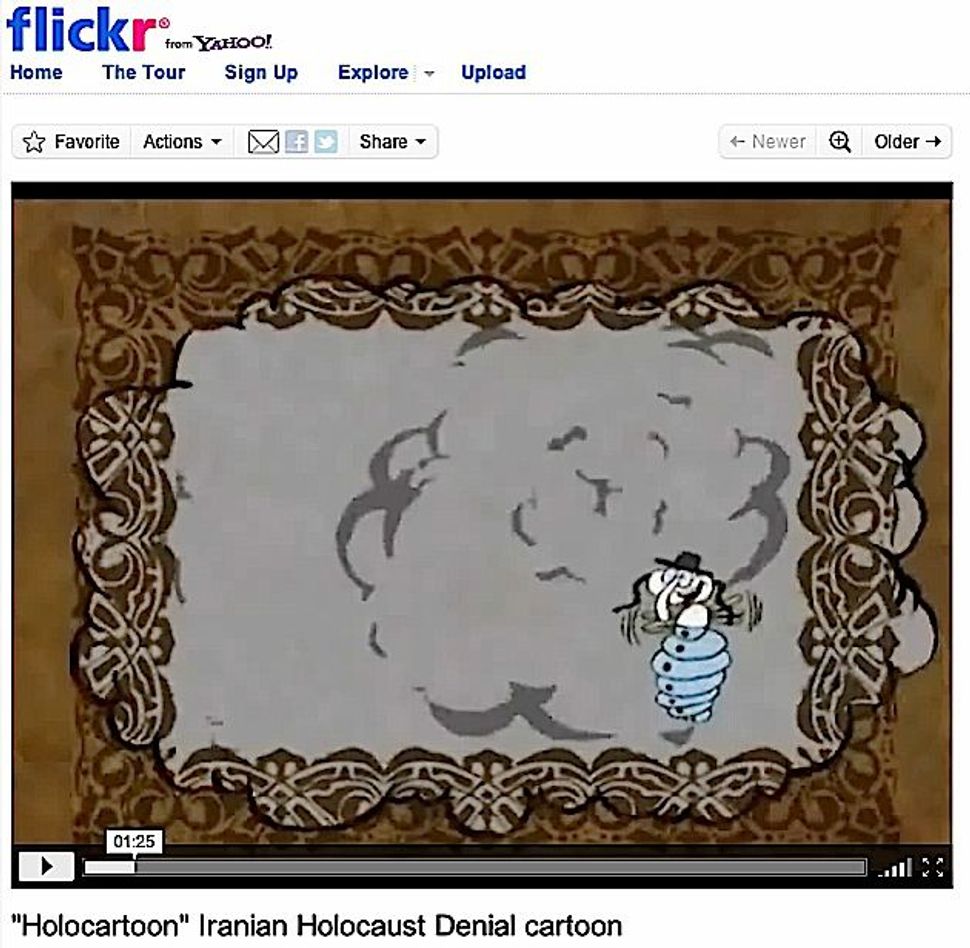 Putting the principles of free speech aside for a second, it’s difficult to see what possible good YouTube could be doing by hosting such hateful propaganda. As the Wiesenthal Center notes, the campaign of which the cartoon was a part:

seeks to “denounce the conspicuous lie of the ‘planed [sic] murder of 6 million Jews during the Second World War’ allegedly called ‘Holocaust’.”

So it comes as somewhat of a surprise to hear by tweet that the same champions who would fight the Google-owned YouTube on behalf of the Jews of the world would then turn around and put up the same animation on their own Flickr feed.

Perhaps the Center thought that its financial interests were best served by having an audience who knew exactly what type of frightening video it had been saved from, since the letter ends:

Please help the Center to effectively meet this unprecedented challenge so that we can continue fighting anti-Semitism, Holocaust revisionism and denial.