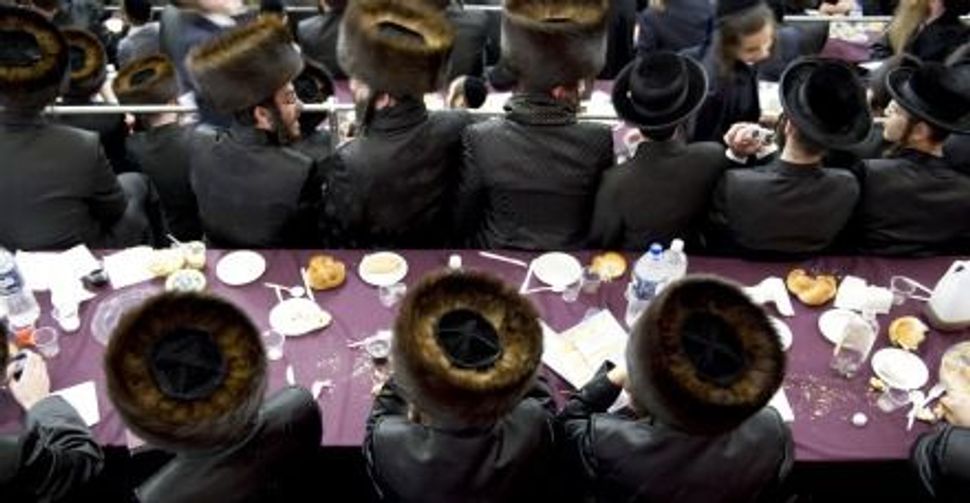 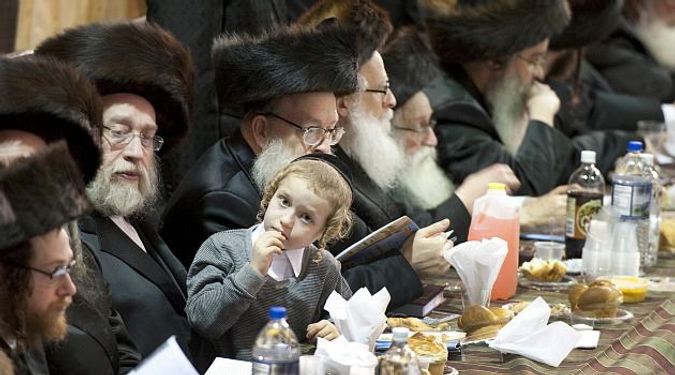 You’ve already heard about the wave of violence by ultra-Orthodox zealots in Israel: grown men spitting on and cursing terrified little girls trying to walk to school; harassing women who refuse to move to the back of public buses; stoning those buses, private cars and the police, and starting full-blown riots. But did you know that when you purchase many popular kosher food items, you may be financially supporting that violence?

There are many different kosher symbols representing several hundred kosher supervision companies. Most are just what they seem to be. But a minority of them are not. Of that minority, at least two kosher supervisions bear special scrutiny.

Badatz Yerushalayim is one of the most respected kosher supervisions in the world. Unlike other hekhshers, the presence of its symbol on a product allows that product to be consumed by even the most ultra-Orthodox kosher consumer. And that is why the Badatz Yerushalayim symbol appears on many Israeli food products exported to the United States. Badatz Yerushalayim is part of Edah HaCharedis, Israel’s old-line, stridently anti-Zionist ultra-Orthodox community, based in the Mea Shearim neighborhood of Jerusalem. Edah considers itself to be the continuation of the fervently Orthodox Ashkenazi Jews who moved to Palestine from Eastern Europe in the late 1700s and founded Jerusalem’s Ashkenazi community. Edah is made up of distinct Hasidic sects, like Satmar, Dushinsky and Toldos Aharon, along with such non-Hasidic ultra-Orthodox groups as the Perushim and Brisk. They’re bound together by vehement opposition to the modern State of Israel. Other ultra-Orthodox groups share some of Edah’s anti-Zionist theology but choose to work with the state when it benefits them — something Edah refuses to do. These non-Edah groups vote in Israel’s elections, have their own political parties and factions, and serve as members of the Knesset, even though they do not fully accept the state. Edah groups do not vote. They treat the State of Israel as a foreign interloper and the police as an invading army. But because of Edah’s standing in ultra-Orthodox communities in Brooklyn, London, Antwerp, Belgium and Montreal, its kosher symbol is found on many of Israel’s signature export foods.

On January 15, five senior Edah activists were arrested in Jerusalem on charges of money laundering, tax evasion and embezzlement. The crimes were allegedly carried out using Edah’s national committee offices and using bank accounts in names of Edah charities meant to help widows, orphans and the poor. According to a report published on the ultra-Orthodox news website Yeshiva World News, police told the magistrate’s court that money these Edah activists allegedly laundered was used to fund the Sicarii gang, the violent ultra-Orthodox thugs who lead riots against police and who extort non-Edah businesses. The Sicarii also serve as Edah’s unofficial modesty police, attacking women and girls whom they deem to be immodestly dressed or who refuse to move to the back of the bus. Laundered money was allegedly given to the gang to pay for the logistics of violent street demonstrations and attacks on stores and other businesses that did not meet with Edah’s approval. Edah also allegedly paid the living expenses of Sicarii members and their families.

This Sicarii violence serves several purposes. Perhaps the most important is to carve out new Edah territory from neighborhoods populated by non-Edah Jews. Few people want to live cheek by jowl with fanatics who might attack their children at any moment. So people leave, selling their apartments at reduced prices to the only people who want to buy them — Edah members. It might take several years or even longer, but eventually the neighborhood in question becomes an Edah stronghold.

Edah has often tried to publicly distance itself from this violence even as it benefited from it, and it was largely successful. But it now seems clear that Edah might have been funding the violence all along.

Edah’s money doesn’t come from its kosher supervision work alone; much of it also comes from donations from the Diaspora — especially from Satmar Hasidim. Shortly after the arrests of the five Edah activists were made public, one of the two Satmar grand rabbis, Zalman Leib Teitelbaum, who resides in the Williamsburg section of Brooklyn and whose late father had once been Edah’s president, made a public statement understood as endorsing a violent response to the police action. Hundreds of Edah members then gathered in Satmar’s Jerusalem study hall and listened to anti-Israel speeches from Edah rabbinic leaders. When the speeches were over, some of the rabbis staged a small, peaceful protest outside Jerusalem’s central police station while a few blocks away, hundreds of other Edah members rioted.

Like Edah HaCharedis, the Williamsburg-based, Satmar-founded and controlled Central Rabbinical Congress is also in the kosher supervision business. While the money trail to the Sicarii thugs from the CRC is not clear, Satmar’s support for and membership in the organization that Israeli police say is funding the Sicarii is, as is the CRC’s decades-long support for anti-Zionist causes. According to Israeli police, some of the money laundered by those five senior Edah activists came from the Diaspora. It’s almost certain much of it came from Satmar-controlled organizations in Williamsburg.

Most of us do not want our money to be used to pay the stipends of men who stone Israeli police, vandalize Israeli buses, spit on “immodest” little girls and attack “immodest” women. One way to ensure it won’t be is to stop buying products that carry the Badatz Yerushalayim and CRC kosher seals. Another is to raise Satmar’s involvement in Edah HaCharedis with American politicians who help Satmar organizations receive government funding.

Ultra-Orthodox zealots have the right to oppose Zionism, but they do not have the right to break the law, use violence or terrorize little children. Put another way, it was one thing to buy an anti-Zionist endorsed candy bar when that anti-Zionism was thought to be limited to non-violent protest, but it is quite another to buy a candy bar when a portion of the proceeds of that sale go directly to an organization that is participating in and funding violence.

When it comes to buying products carrying the Badatz Yeryshalayim or CRC kosher seals, the time has come for American Jews to go on a strictly nonkosher diet.

Shmarya Rosenberg is a blogger who publishes FailedMessiah.com. He has written for Moment, Sh’ma, Guilt &Pleasure, the Minneapolis Star Tribune, Tablet, Jewcy and Heeb.