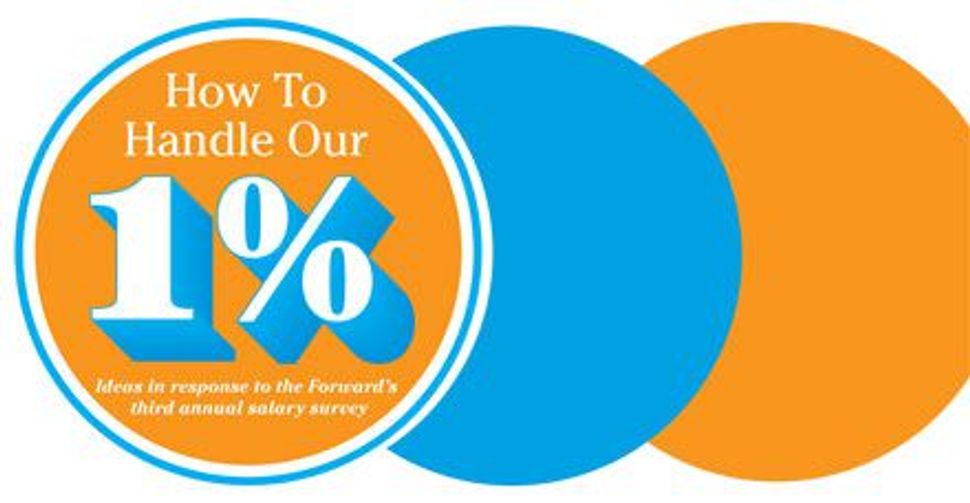 Although the salary gap in the Jewish communal world is not as disparate as that between other workers and corporate CEOs or money managers, it remains substantial. Some of our teachers and social service workers — on the front lines of Jewish continuity and caring — receive poverty-level wages, while some executives receive salaries in excess of half a million dollars.

This compensation gap is particularly troublesome when we consider that some of our most valued Jewish professionals cannot afford to participate fully in the Jewish community and therefore are unable to provide their children with intensive, high-quality Jewish education. We cannot do much about salaries outside the Jewish world, but we can act to avoid such an imbalance in our own community. Here is my modest proposal to help mitigate this element of economic inequality in Jewish communal organizations while simultaneously promoting Jewish education. 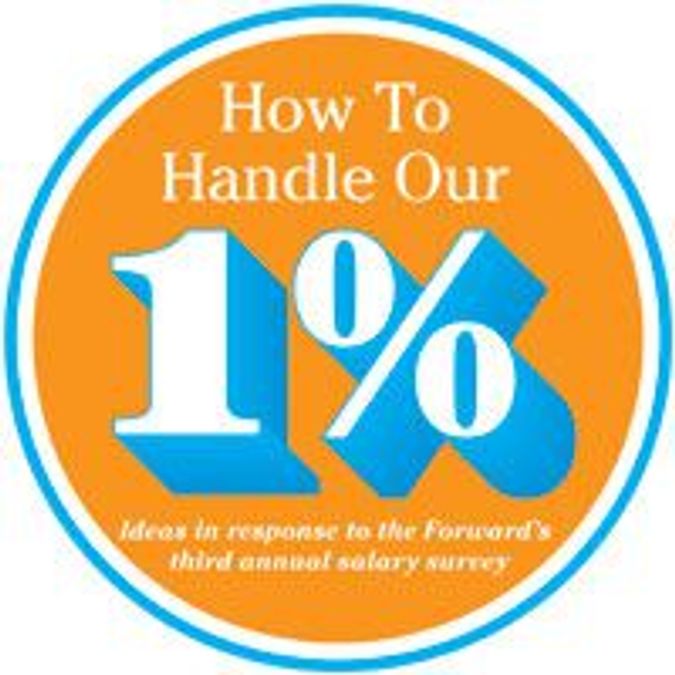 I propose that we create a national Jewish education scholarship fund, supported by a progressive compensation tax. The tax would be supported by organizations that pay out salaries above a threshold amount. The funds collected would be used to provide means-tested educational scholarships for Jewish professionals and their families. Of necessity, it would be a voluntary tax, but with the goal that all our national umbrella organizations would participate, as well as local organizations — from the federation movement and community centers to social service agencies and religious movements.

Read the Forward’s special op-ed section on How to Handle Our 1%, including David A. Teutsch on Training More Leaders, Moses L. Pava on Following Ethical Guidelines and Shifra Bronznick on Hiring and Paying Fairly.

Exactly how much would be raised and how many scholarships could be provided would depend, in part, on what we agree is high compensation and on the tax rate schedule. Consider a simple graduated tax with rates between 10% and 50% (increasing perhaps by 10% per $50,000) on amounts above $200,000. Such a voluntary contribution to a scholarship fund would mean an organization that paid its executive $500,000 would need to deposit $60,000 into the scholarship fund.

The argument for high salaries is that they are necessary to attract and retain top personnel. Undoubtedly there is some truth to this, and it may be true for very large organizations, but another dynamic may also be at work. The highest salaries tend to be given to those who “touch” money, because they are responsible for fundraising or for allocating or managing money. The handling of money, however important, is also easier to measure. The dollars raised by the CEO of a federation appears to be an objective criterion, more directly evaluated than the executive’s skill at community development. And it is far easier to assess than the quality of what a teacher does to educate his or her students, or the impact of those who provide social services or develop policy.

Although high salaries may be necessary to attract and retain uniquely talented individuals, what does it say about us that touching “souls” and engaging in tikkun olam are not our most highly valued tasks?

How, then, can we better align our values with our behavior? Perhaps most important, how can we function effectively if Jewish professionals and their children do not have full access to Jewish educational opportunities — from day schools, to summer camps, to trips to Israel?

As a social psychologist, I worry about the effect of high salaries on the way executives view their work. In psychological terms, compensation is extrinsic reward, and under some conditions it undermines intrinsic reward. That is, by receiving high salaries, individuals may be motivated by their compensation and not by the “intrinsic” value of the communal mission. The essence of this proposal is not to reduce directly the compensation gap or to interfere with the ability of boards to hire the most capable executives. On the contrary, an organization’s demonstrated commitment to economic justice may do more to attract those individuals we most need as leaders.

A voluntary compensation tax would demonstrate the Jewish community’s commitment to equitable compensation for all its workers — from front-line teachers and social workers to top executives. As well, it would place Jewish education at the top of our communal priorities. And, perhaps most important, it would put Jewish organizations in the forefront of wrestling with issues of economic justice and our commitment to those who serve the community.