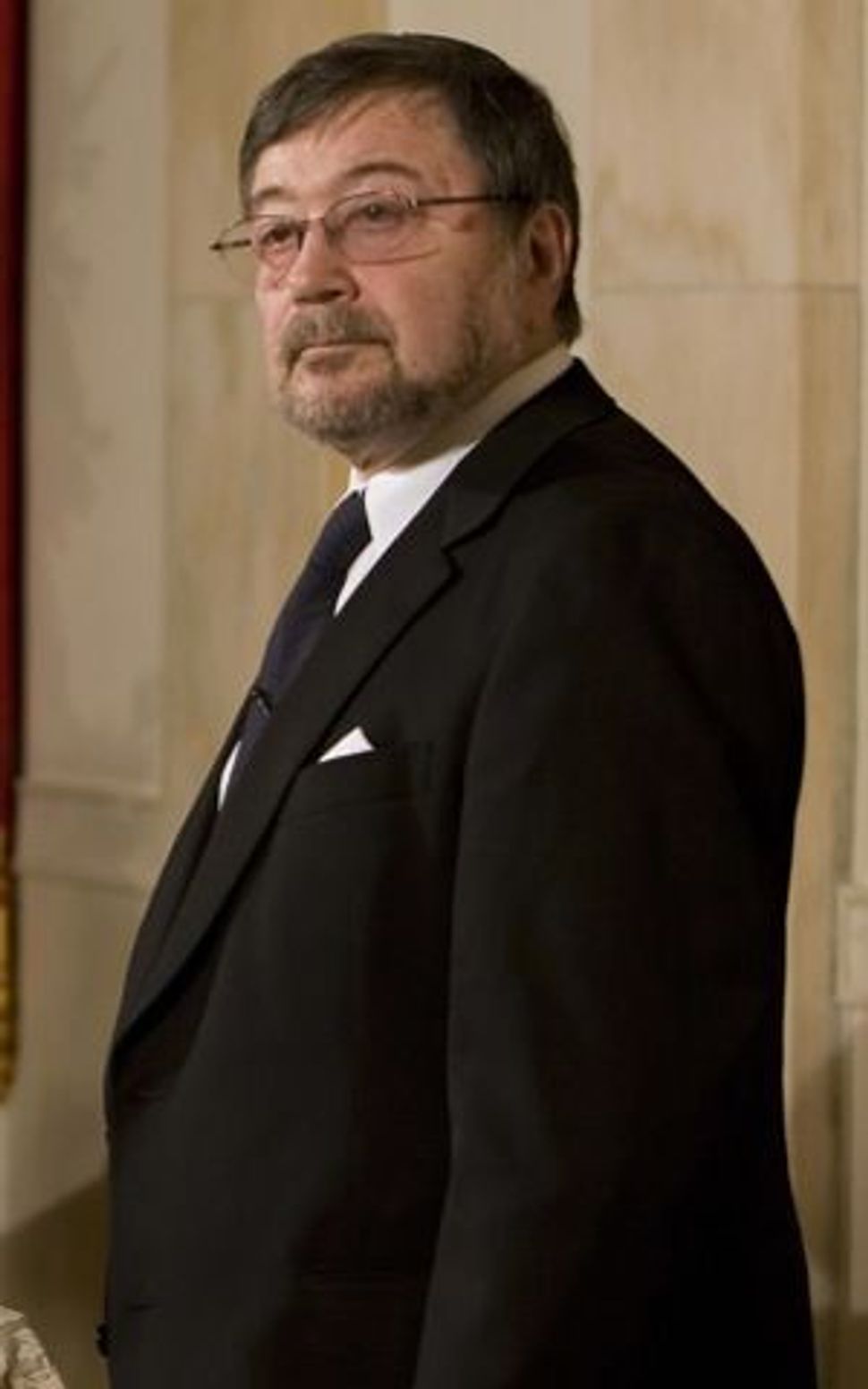 Pearl, father of slain reporter Daniel Pearl, used the annual lecture on the “state of anti-Semitism” to upend conventional thinking, and argue that anti-Zionism is a strain of hate that is far more dangerous to Jews than anti-Semitism.

He called anti-Zionism, which he defined as the denial of Israel’s right to exist in the family of nations, as “the worst form of racism.” Unlike anti-Semitism, he said, it carries a measure of social acceptance, and it “hides itself in the cloak of political debate.”

Those who think anti-Semitism, especially as it colors debate about Israel in the United States, is the greater danger are mistaken, Pearl told the crowd in his opening address on Monday night. Jews, he said, have become experts at fighting anti-Semitism, likening it to a disease in which “the antibodies are known.”

“Anti-Zionism is worse. It is harder to fight. It comes in a camouflage that allows it to penetrate vital tissue undetected,” he said. Then he paused briefly and added, “Like at our universities.”

Pearl, who has a Ph.D in electrical engineering, has been on faculty at UCLA since 1969. The professor’s expertise is in artificial intelligence, human reasoning and the philosophy of science. He is also president of the foundation that carries his son’s name, a nonprofit that encourages intercultural understanding by supporting journalism, public dialogue and music.

Pearl acknowledged that he had spent “many sleepless nights” thinking about the phenomenon that turns innocent children into virulent haters.

The program at Hunter College opened with a moment of silence for Danny Pearl, the Wall Street Journal reporter who was kidnapped on January 23, 2002, as he headed for what he thought was an interview with a Muslim cleric. A month later, evidence of his beheading was shown in a shocking videotape released by his abductors.

The elder Pearl said he believes his son “was murdered by anti-Zionists, not anti-Semitists.” While acknowledging he had not watched the videos taken by his son’s captors, Pearl said the photos hanging in the background had been described to him, and all were anti-Israel and anti-American.

Moderator Steve Kroft of CBS’s 60 Minutes sat on a stage with Pearl and asked if he thought his son had been targeted because he was Jewish, an American reporter or a combination of both.

“A combination of both,” Pearl answered. His son’s captors wanted to humiliate America, and they thought that because he was Jewish their actions would be forgiven, Pearl said.

Pearl, who was born in Tel Aviv, speaks with an Israeli accent that sometimes makes it hard to understand his exact words. But there is no mistaking his passionate defense of Israel and his belief in the Jews’ historical connection to the land. Asked about those who criticized Israeli government’s policies, he answered that he thought anti-Zionism often was lurking beneath their words.

In his speech, Pearl called anti-Zionism “morally appalling and strategically harder to fight.

“Anti-Zionism targets the most vulnerable part of the Jewish people, the 6 million people of Israel. It condemns them to eternal statelessness in a very bad neighborhood,” he said.

He encouraged the use of the r-word, to call out as “racists” those who deny Israel’s right to exist.

“First, they are stunned. Then the debate shifts … into our core issue,” which is that they are denying the Jewish people that which is granted to other nations.

In a question handed up from the audience, Pearl was asked what he thought about Jews who say they are anti-Zionists. “That’s easy,” he responded. “It’s a ticket for social acceptance.”