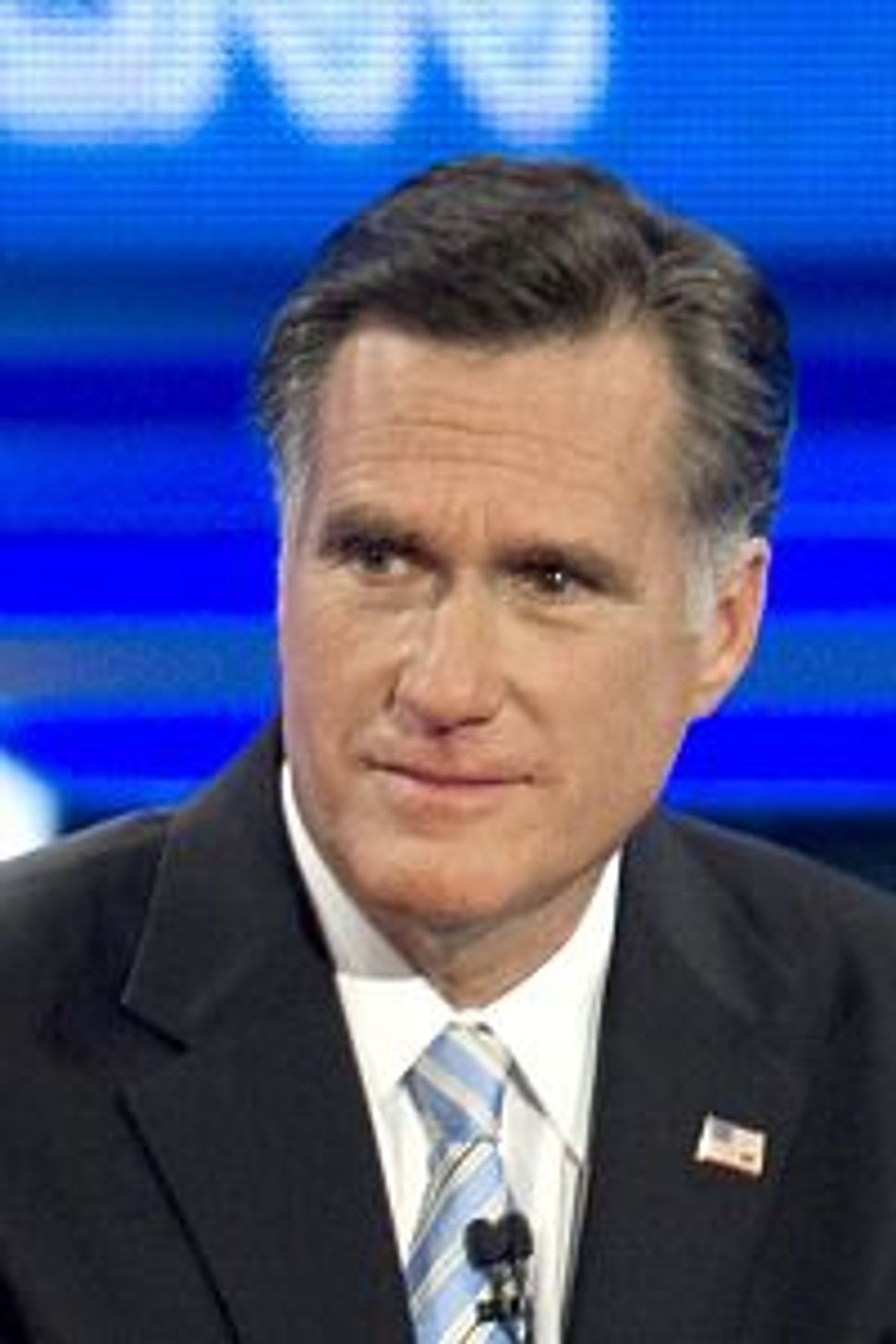 In a Republican primary debate marked by palpable tension between Mitt Romney and Rick Santorum, the two leading candidates for the Republican presidential nomination were united on one issue: a hard line on Iran.

They nodded agreement with one another as they laid out harsh critiques of President Obama’s policy, and promised a much tougher stance against the Islamic Republic.

It was a rare moment of comity between the men, who entered the February 22 debate neck and neck, according to some metrics, with just a week to go before key primaries in Arizona and Michigan next week.

Victories by Santorum in those contests, and particularly in Michigan, would amount to a serious blow to Romney. But observers said that Santorum was outperformed by Romney in the Mesa, Arizona debate and that the former Pennsylvania senator blew a chance to consolidate his lead.

“Rick Santorum had a chance coming into this debate to really solidify himself as the true non-Romney candidate… I think he missed that opportunity,” said Geoff Skelley, an analyst at the University of Virginia Center for Politics. “I would think this [outcome will] help Romney in Michigan and Arizona.”

Skelley noted that the reactions of the strongly pro-Romney crowd may have colored the debate’s reception.

Though Romney has won twice as many Republican delegates as Santorum, polls show a decidedly murky race. Romney is leading in Arizona, but the pair are roughly tied in Michigan. In national polls, Santorum leads Romney by a solid margin, after his sweep of three Midwestern contests earlier in the month, although the volatile race has seen several short-lived frontrunners.

“I continue to think that Romney in these debates comes off as the most prepared, the most ‘presidential,’” said Lee Cowen, a political consultant and Romney supporter. “I think he continued that tonight… I think tonight was a good launching pad for him to do well next week in Arizona and Michigan.”

Sitting on red chairs around a table, the candidates looked squeezed together, alternatively leaning back or hunching forward. Viewers commenting on Twitter, including Commentary magazine editor John Podhoretz, suggested that the seated format sapped the energy from the coversation.

Early on in the two-hour debate, Santorum and Romney clashed over their positions on federal earmarks, or funds allocated by individual lawmakers. Santorum seemed to lose the crowd’s support, drawing boos when he explained why he voted for some of the spending measures. Romney seemed to get off easy when he explained why he took funding for the Salt Lake City Winter Olympics.

Former House Speaker Newt Gingrich, meanwhile, stayed on the sidelines, stepping in only at the end with a professorial disquisition.

“When Santorum talked about earmarks you could hear the crowd was restless,” Skelley said. “From a policy standpoint everything Santorum said was pretty accurate. But politically that was just not a good thing.”

The candidates met on Ash Wednesday, a Catholic holiday marking the first day of Lent. Neither Gingrich nor Santorum, both Catholic, wore the ashes on their foreheads that Catholics receive in a ceremony on the holiday. But both wore purple ties, a color often associated with Ash Wednesday.

The candidates discussed religious issues, focusing on the recent dispute over whether health plans paid for by religious institutions should be forced to cover contraception. They mostly agreed on the topic, with Romney using the opportunity to attack Obama for the compromise he forged on the issue.

“I don’t think we’ve seen in the history of this country the kind of attack on religious conscience, religious freedom, religious tolerance that we’ve seen under Barack Obama,” Romney said.

The candidates’ somewhat tortured discussion of the Mideast began with moderator John King asking Gingrich what he would do if an Israeli prime minister asking permission to attack Iran.

“I do believe there are moments when you preempt,” Gingrich said, by way of response.

Dark horse Ron Paul used the opportunity to launch his now-familiar critique of the U.S.’s undeclared wars in the Middle East, which he said were bankrupting the nation.

In the course of the conversation, Santorum criticized Obama for not backing the so-called ‘Green Revolution’ in Iran while helping rebels elsewhere in the region. In the process, he appeared to express support for felled Egyptian dictator Hosni Mubarak.

“[W]hen the Green Revolution rose…we had nothing,” Santorum began. “In the meantime, when the radicals in Egypt and the radicals in Libya…when they rise against either a feckless leader or a friend of ours in Egypt, the president is more than happy to help them out.”

Following the debate, critics noted that leaders of Iran’s Green Revolution publically refused help from the U.S. and tried to distance themselves from any foreign backing.

Jewish voters aren’t expected to play a large role in the February 28 contests. Exit polls in 2008 counted Jews at 1% of Republican primary voters in both Michigan and Arizona.