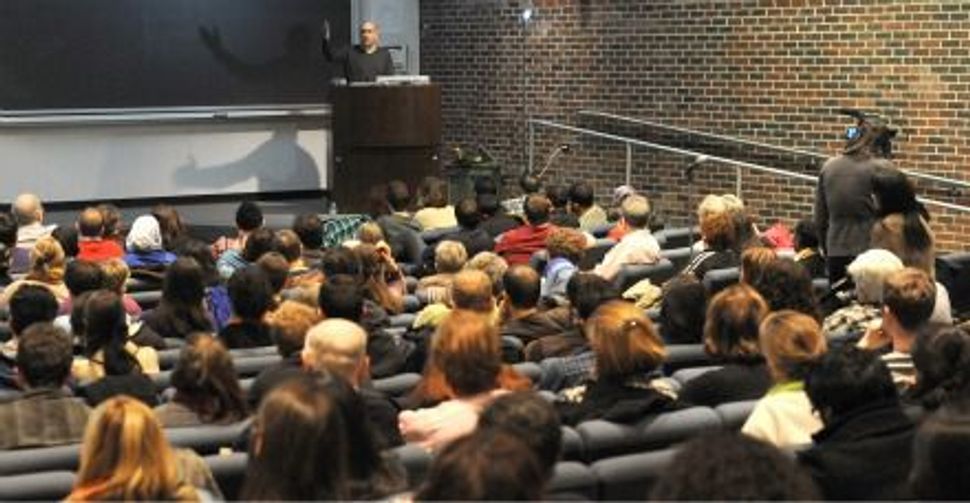 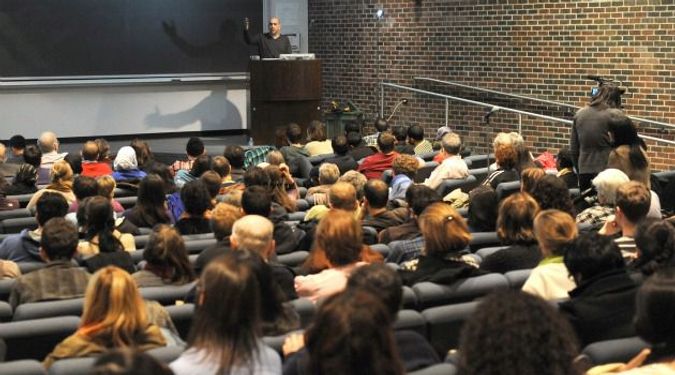 Countering the Threat Campus anti-Israel activists are pushing their agenda across the nation. Jewish groups need to identify broadly anti-Semitic origins of this movement. Image by peter tobia

The David Project recently issued an important “white paper” that identifies the campus as the “primary path by which anti-Israelism enters the American public debate.” The report does a good job of describing the institutional and intellectual factors that are contributing to demonization of Israel on campus and that result — at some universities — in significant hostility toward Jewish students and faculty who support Israel.

These factors include an overwhelming percentage of professors who are ideological and promote leftist politics in the classroom; the influence and growth of Middle Eastern studies — a field that we believe is biased against Israel and whitewashes Islamist radicalism — and the significant impact of postmodernism and cultural relativism on framing the Middle East conflict.

Not specifically highlighted in the report is the impact of significant Arab funding of university centers and programs, the growing influence of Muslim student organizations that work in alliance with radical leftists and the failure of university administrations to uphold their own policies — and basic standards of fairness and decency — as they apply to Jewish students who support Israel.

In our view, the combination of these institutional and ideological factors creates an almost overwhelming structure — a system that is hard to influence, particularly by students, especially a minority Jewish student population. This is an asymmetric battle, which Jewish students cannot win by themselves.

Established Jewish organizations and Jewish faculty failed to stem the problem when it began, and even today they fail to fully understand the institutional nature of the battle. Their failures created a need for new organizations — such as The David Project, StandWithUs, Amcha, Hasbara Fellowships — and for new campus-focused efforts by existing groups like the Committee for Accuracy in Middle East Reporting in America and the Zionist Organization of America. Clearly, the problem as described by The David Project white paper requires a rethinking by Jewish leadership.

It is important to see, however, that educating Jewish students about Israel, The David Project’s main prescription, though absolutely essential, is insufficient.

To deal with the problem more fully, we suggest the following strategies for the Jewish community.

There are ways to break the silence, as we did with our film “Columbia Unbecoming.” In that video, a highly respected Hillel rabbi and a Jewish professor lamented their failure to speak out on behalf of the students who’d been harassed and intimidated by anti-Israel professors at Columbia University. (We had interviewed a dozen professors who were afraid to speak publicly.) For exposing the truth, we were, of course, demonized, called names, and charged with stifling free speech and attacking “academic freedom.” But no one was able to refute the testimony of the dozen students who complained on camera. Films like “Columbia Unbecoming” could and should be made about campuses across the country.

Finally, we need to educate the Jewish community that there is an organized campaign to defame the Jewish state and its supporters and that this battle on campus is just part of a broader assault on the Jewish people. This is clearly evidenced in Europe, and it will be in America, as well, if we don’t effectively deal with the current trends on campus.

Charles Jacobs and Avi Goldwasser founded The David Project in 2002.