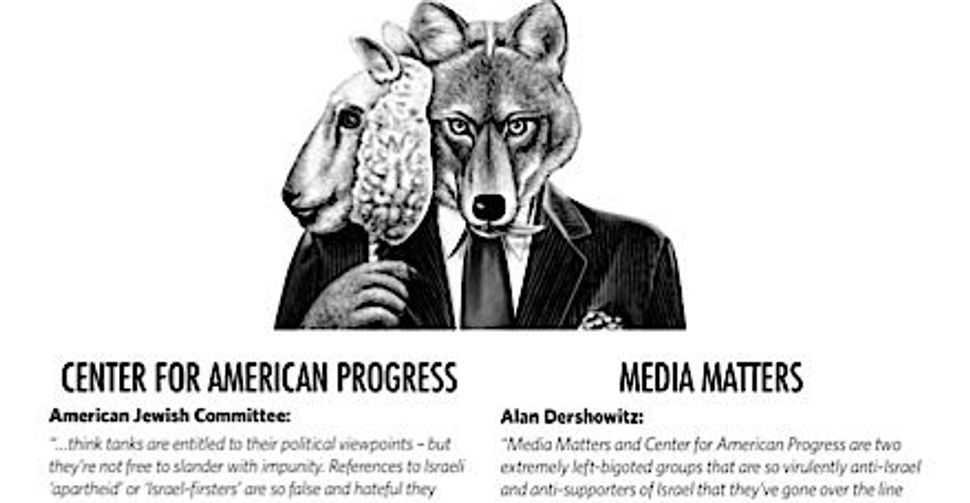 When I opened up The New York Times on March 1, I was shocked to see my name on an advertisement that I do not support. The ad was placed by a group called the Emergency Committee for Israel and it included quotations from various individuals and organizations condemning two liberal think tanks, Media Matters and the Center for American Progress for anti-Israel statements posted by several of their bloggers. But the ad went much further. It implicitly criticized various Jewish federations, including the Combined Jewish Philanthropies of Boston, of which I am a major contributor, for “funding” these two organizations. 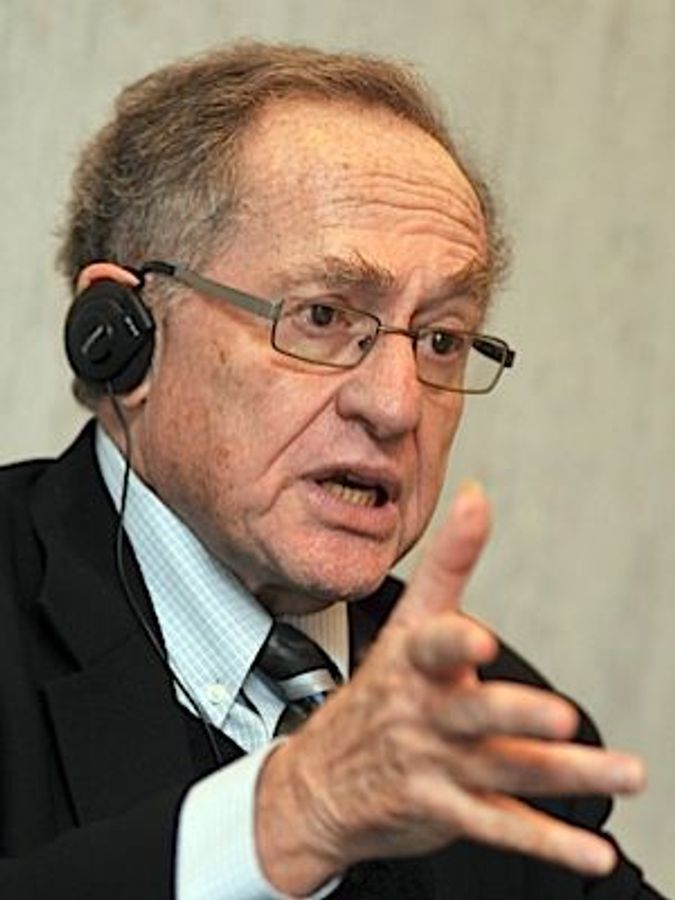 When I first heard this charge, I called my friend Barry Shrage, who is the executive director of the CJP of Boston, to ask him whether it was true. He informed me that it was misleading at best. It is true that a few individuals who have donor-advised funds that are administered through the CJP have in fact directed the CJP to contribute their funds to these organizations. (I’m sure that when they did so, most were unaware of the turn these organizations have recently taken against Israel and its supporters.) I, too, have a family donor-advised fund and each year my wife, my children and I inform the CJP to which charities — Jewish and non-Jewish — we wished charitable contributions to go. These generally include organizations such as the ACLU and the American Cancer Society.

I learned from Barry that the CJP has certain minimal criteria that prohibit funds money from donor-advised funds to be given to anti-Israel groups that support boycotts, divestment or sanctions against the Jewish state. Though Media Matters is worse in some respect than some of these excluded organizations — since its spokesman on foreign policy, MJ Rosenberg, accuses Jewish supporters of Israel of dual loyalty — neither of those organizations fit the published criteria. (I think they should and I have told Barry that if the CJP continues to have exclusionary criteria, I hope that these criteria will be expanded in the future to include anti-Israel groups that accuse Israel supporters of dual loyalty or singular loyalty to Israel.)

Read a related Forward Thinking post and see the ad in full.

Had the Emergency Committee asked permission to use my name and quotation in their ad, I would have turned them down for two reasons. First, the ad misrepresents the truth by strongly implying that Jewish federations directly contribute their general funds to these two organizations. Second, I would now distinguish between Media Matters, on the one hand, and CAP, on the other, since CAP has now apologized for the anti-Israel blogs posted by its staffers and has taken steps to avoid a recurrence. Media Matters, on the other hand, has exacerbated the problem. Rosenberg responded to my criticism of his accusation that Jewish supporters of Israel are “Israel firsters,” by tweeting that, “Best way to tell Dershowitz to go to hell (1) picket his classroom or (2) tell your friends to follow me on twitter.”

Moreover, Media Matters hired Rosenberg specifically to blog and tweet on “the Palestinian” and “war with Iran” issues, and he was apparently doing their bidding when he tweeted that Prime Minister Netanyahu is a “terrorist,” President Peres is an “uberhawk on Iran,” and Helen Thomas should be “salute[d]” for telling Jews to “get the hell out of Palestine.”

Nor was he publicly rebuked by Media Matters for tweeting the following about an organization for which he used to work: “saying AIPAC is guilty of dual loyalty is giving it credit for one more loyalty that it holds.”

In other words, Rosenberg, speaking for Media Matters, has accused the largest and most influential American advocacy group for Israel of having absolutely no loyalty to America. If this were the case, President Barack Obama would not speak to their convention. Nor would he remain on a friendly personal basis with its current president and fellow Chicagoan Lee “Rosy” Rosenberg. These false charges of disloyalty to America represent an anti-Semitic trope that harks back to some of the most distressing periods of Jewish history.

Effective advocacy for Israel requires distinguishing between friend and foes. Media Matters, as presently constituted, is truly an enemy of Israel and its American supporters. The Jewish federations, which allow their donors to direct contributions to Media Matters and CAP, are our dear friends. It remains to be seen into which category CAP will eventually fit.

If the Emergency Committee for Israel had wanted my approval to use my name and quote, it would have had to eliminate the portion of the ad that implicitly blamed the Jewish federations for their donors’ decision, though I would have supported a request that these federations reconsider their criteria in light of the concerns raised by Media Matters. I also would have insisted that they distinguish between Media Matters and CAP, or at the very least indicate that CAP has taken steps to undo the harm they have caused.

Because they did not call me, I have now become associated, in the public mind, with positions I do not believe in. That is neither effective advocacy, nor fair use of my name and words. The Emergency Committee for Israel may have had the right to use my name and words that I have spoken in the past, but it was not right for them to do so without my approval.

Alan Dershowitz is a professor at Harvard Law School and the author, most recently, of “The Trials of Zion” (Grand Central Publishing, 2010).