Israel-Lover Is Branded as Hater 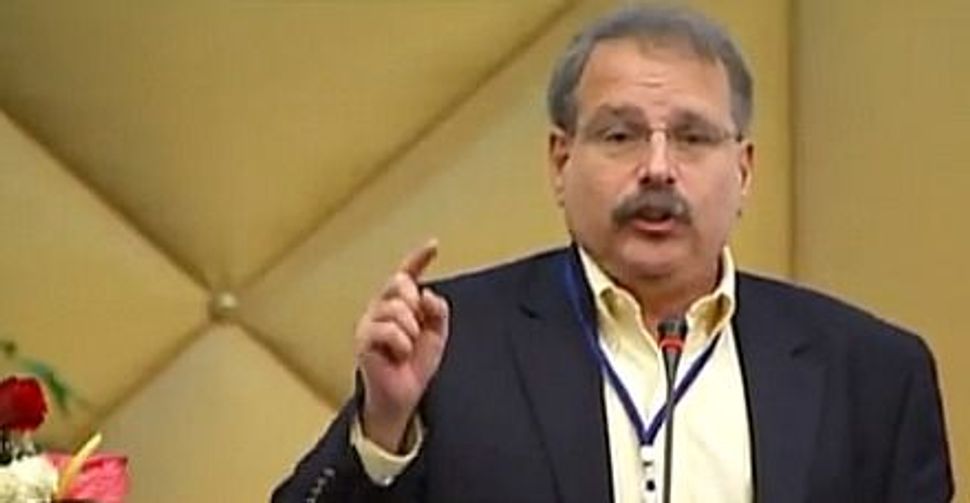 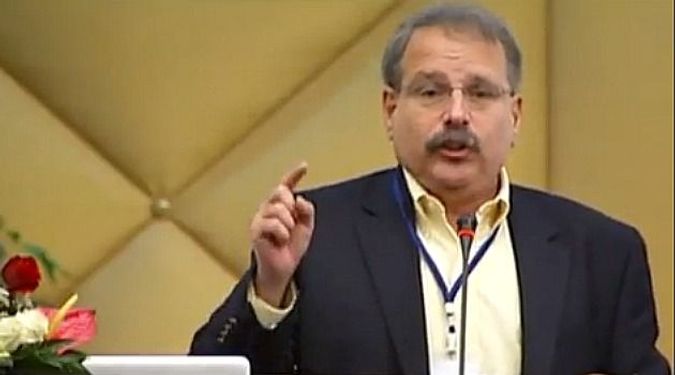 Media Matters Man: M.J. Rosenberg has long spoken out in favor of a peaceful and secure Israel. So why do conservatives want to get him fired? Image by youtube

In February 1969, New York’s weekly Village Voice published a scorching attack by an upstate college student on “self-abnegating Jewish leftists” who defended black militants and the Viet Cong but not the cause of Israel. “Moral cowards,” he called them, “trapped by your Long Island split-level childhood,” rejecting “the one element that gave you your goddamn social consciousness: your Jewish social idealism.”

“From this point on,” he wrote, whenever Israel’s rights were threatened, “I shall always choose the Jewish cause. Not blindly, not arbitrarily, but with always full knowledge of who I am and where I must be. If the barricades are erected, I will fight as a Jew. ”

The essay, “To Uncle Tom and Other Such Jews,” caused a sensation. Reprinted in the tens of thousands, passed from hand to hand on campuses nationwide, it became the manifesto of Jewish anti-war and civil rights activists left stranded after 1967, when the New Left turned against Israel. They formed groups with names like Jewish Liberation Project and Radical Zionist Caucus, protesting assimilation and Palestinian terrorism in the same breath as capitalism, the Vietnam War and the “bourgeois Jewish Establishment.” Today, a generation later, many of them lead that establishment.

The author was a junior at the State University of New York at Albany named M.J. Rosenberg. You might have heard of him lately. He’s the guy they’re talking about right now in all those overheated analyses, newspaper ads and Fox News alerts about anti-Semites supposedly infesting certain liberal groups.

Super-lawyer Alan Dershowitz wants him fired from Media Matters, the think tank where he blogs about Middle East policy, for spreading “anti-Jewish hate speech.” William Kristol’s Emergency Committee for Israel singled him out in a full-page New York Times ad March 1, on the eve of Benjamin Netanyahu’s U.S. visit, as a purveyor of “bigotry” and “anti-Israel extremism.” Rosenberg’s main crime: calling Iran hawks and pro-Israel hardliners — like, say, Dershowitz and Kristol — “Israel-firsters.” Dershowitz likens this to a charge of treason. You might say Rosenberg’s had quite a journey since the “Uncle Tom” days.

But he hasn’t really. You could trace Rosenberg’s steps in a straight line from Albany State to the present, and if you look at his way, each step follows logically from the one before.

I should note here that Rosenberg is a friend of mine, going back to the old campus radical days. You could say this colors my judgment. You could also say I know what’s inside him. I haven’t always agreed with him. He’s moved from left to right and back a few times and said lots of things I wouldn’t say. But he’s always fought for the Jewish cause as he understood it. And nobody’s ever called him a moral coward.

He moved to Washington after college and worked in Congress for nearly two decades, coordinating foreign aid and Middle East policy for various pro-Israel lawmakers. Somewhere in the middle came a four-year stint with AIPAC, the American Israel Public Affairs Committee, editing its biweekly Near East Report. In 1994, after fighting some of the early congressional battles to implement the Oslo peace process, he joined the U.S. Agency for International Development.

In 1998 he returned to the fray as policy director of the Israel Policy Forum, a center-left advocacy group set up in 1992 at the request of incoming Israeli prime minister Yitzhak Rabin. Rabin mistrusted AIPAC and wanted a reliable American voice promoting his peace policies. By 1998, though, with Rabin assassinated and Benjamin Netanyahu now prime minister, the forum’s task was murky. Netanyahu had opposed the peace process, and while he formally honored it, he encouraged his allies here to oppose it — including Republican foes of the Clinton White House whom he notoriously courted. Rosenberg became a lead spokesman for an Israeli policy that Israel’s government none-too-subtly reviled.

In 1999 Ehud Barak’s brief Labor government put IPF and Rosenberg back in the mainstream. President Clinton chose an IPF dinner to unveil his definitive “parameters for peace” in his last month in office. Over the next few years the terrorist violence sweeping Israel evoked Rosenberg’s old eloquence, voicing in his newsletters the pain and yearning for peace that he saw there. In December 2003 he was one of the first observers here to catch the significance when Ariel Sharon’s vice premier, Ehud Olmert, called for unilateral Israeli withdrawal from Gaza and much of the West Bank. Eighteen months later, shortly before the more limited withdrawal Sharon adopted, Olmert returned the favor and spoke at an IPF dinner in New York, to the shock of left and right alike.

With his weekly IPF newsletter and frequent blogs at TPM Café and Huffington Post, Rosenberg was at his peak. But he was showing strain. Convinced peace was attainable, he was increasingly critical of Israeli policies he saw undermining it. He was alarmed at growing talk of war with Iran. Most of all, he was scorchingly critical of the hawks and hardliners within the pro-Israel community who were pushing these things. By 2008 he was back in “To Uncle Tom” mode. But his community wasn’t warming to his message this time.

On the contrary, he was steering into a storm. In Israel, post-Oslo disillusionment, amplified by Hamas rocket fire from Gaza, was cresting into a wave of anger that would bury Olmert and sweep the hardline Netanyahu back into office. In America, post-Iraq fatigue and the failed Bush economy were about to sweep the antiwar liberal Barack Obama into the White House. The stage was set for a confrontation — never an easy time for outliers or contrarians.

It was an uneven confrontation. Israel’s parliamentary system allows an effective executive to neuter his opposition and govern virtually unchallenged, without the complex checks and balances that divide and encumber America’s constitutional system. (And you thought Israel’s was the inefficient system? We’ll discuss that another day.)

Moreover, Netanyahu had played this game before, in his jousts with Clinton. He knew how to work with congressional Republicans and the Christian right, how to use proxies to stir grass-roots Jewish anxieties, how to discredit and marginalize critics. Facing Obama, he played like a grandmaster, alternately infuriating and intimidating opponents.

Rosenberg took the bait more than most, lashing out more and more furiously. Finally, in late 2009, he left IPF for a perch at the arch-liberal Media Matters, where he’s continued to blast the hard-line right. Now, though, his title has been changed from pro-Israel pundit to anti-Israel critic. Not that he’s changed. He’s doing what he’s done for 43 years, mounting the barricades for the Jewish cause of a safe, peaceful Israel and damn what others think. The ground around him has moved, but he hasn’t.

Israel-Lover Is Branded as Hater