On Iran, a Win-Win 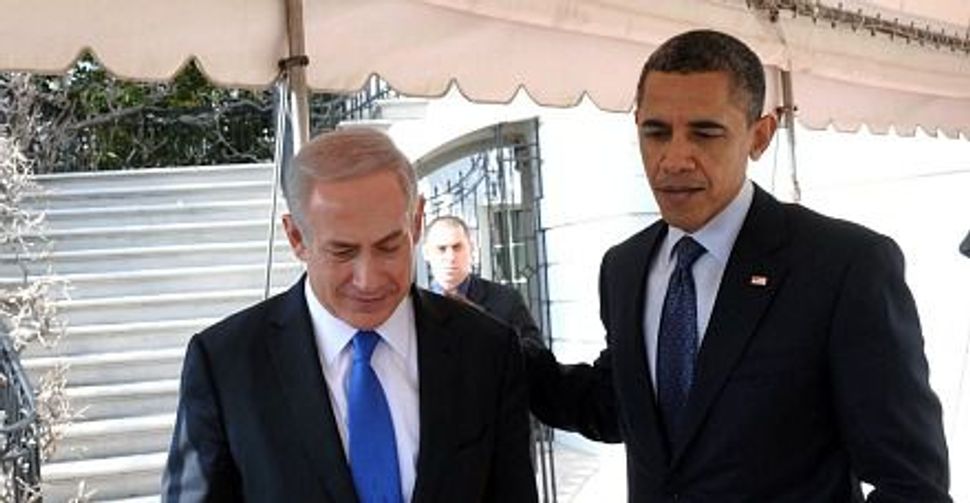 The conventional wisdom is that the latest meeting between President Barack Obama and Prime Minister Benjamin Netanyahu, even if more cordial and productive than their eight prior exchanges, highlighted the stark differences between the two leaders as their nations face the threat of a nuclear Iran. And this gulf, so some urge us to believe, presents a serious schism for Americans who care about Israel’s security and this most special of special bilateral relationships.

Permit us to offer another perspective.

First, it should come as no surprise that Obama and Netanyahu would have differing assessments of the Iranian threat. For Israel, Iran is a) in the neighborhood; b) a bigger, badder, unabashed enemy; c) clever enough to soon make its nuclear activities off limits to an Israeli strike. For the United States, Iran is a) far away; b) weak enough militarily, strategically and economically to be hurt by sanctions; c) still vulnerable to a more robust American military strike well into the future.

Even if Obama and Netanyahu got on famously, these structural differences would shape their respective approaches. But within that framework, it seems that both leaders made substantial gains in this latest round of headline-inducing speeches, meetings and press conferences.

Netanyahu got what he wanted: Iran at the top of the agenda. The moribound peace process with the Palestinians was barely mentioned and the vexing issues of Israeli settlements and Fatah-Hamas unity were relegated to also-ran status, at least in public. Plus, Netanyahu heard, repeatedly, Obama’s welcome rejection of a containment strategy. Iran in 2012 is not the Soviet Union of the 20th century, an implacable foe with the nuclear weapons to make some scary mischief in its part of the world. Iran can’t be allowed to go there, and that is now official American policy.

In return, the Israeli prime minister did not emphasize any new red lines for Iran that could have put Western allies in a diplomatic bind, and he resisted disagreeing with the president of the United States before the cameras. (For this relationship, that’s a big step forward.)

More important, Obama was able to shape the public conversation by articulating a strategy both nuanced and bold, one that builds on the current success of economic sanctions and international pressure to further weaken and isolate Iran, while holding a military option over the heads of the Islamic regime like a deadly anvil. As commander-in-chief, he must balance the scant American appetite for a third war in a Muslim country with the imperative to keep not just Israel, not just the Middle East, but the world safe from a dangerous nation flirting with the apocalypse. He and Netanyahu don’t have to be best friends to understand each other.

On Iran, a Win-Win