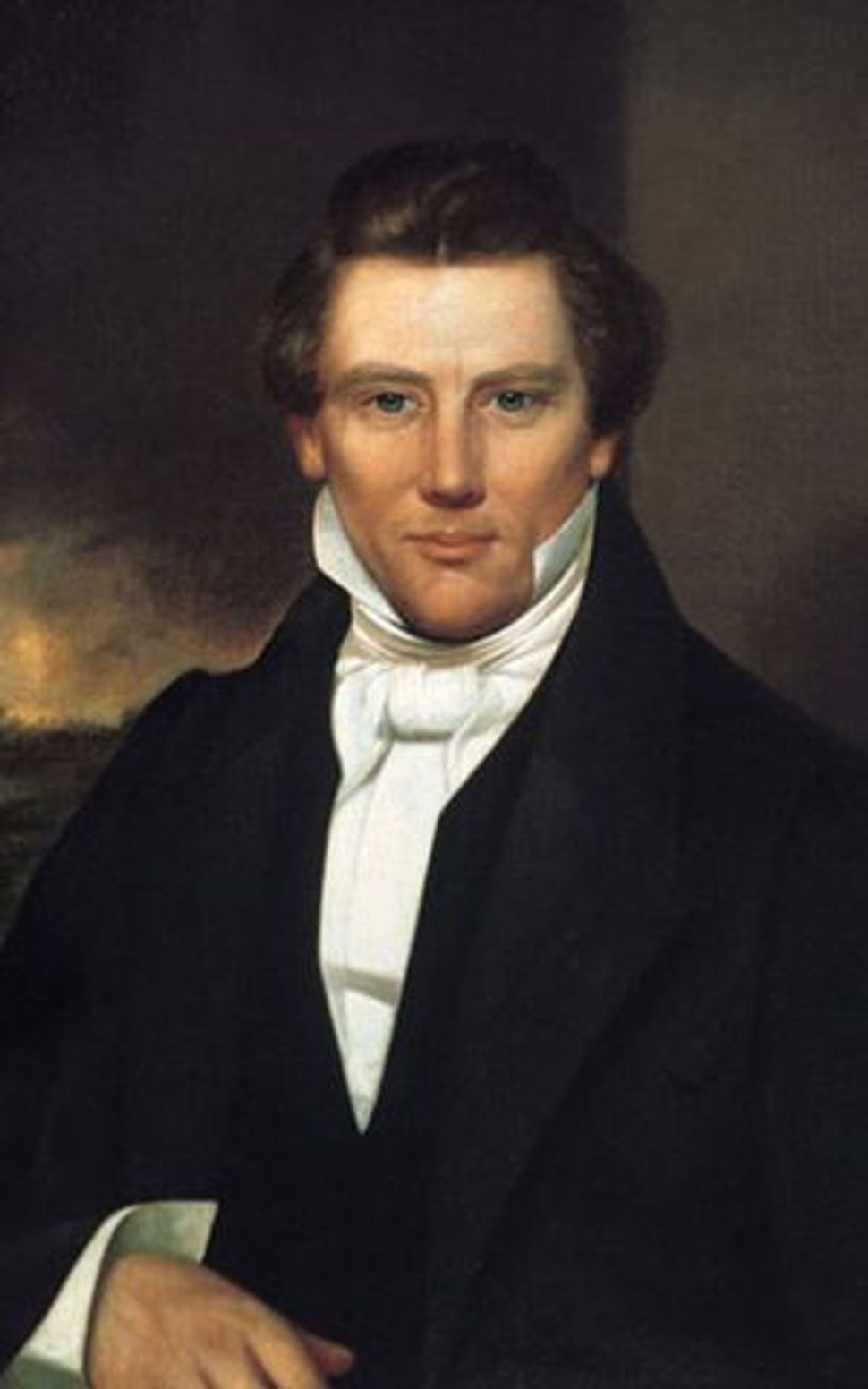 Israelism, the idea of a nation or people’s direct descent from one of the ten lost tribes of Israel, or the appropriation of Jewish ideas or texts for use in new belief systems, is not unique to the Mormon faith. At the height of British imperial power in the early twentieth century, notions of a lineage from King David to the House of Windsor were too at their zenith. The country’s national canon is awash with Israelism and references to Jerusalem, ranging from the King James Bible to the poetry of William Blake.

But it is the recent spate of stories regarding Mormon posthumous baptism of deceased Jews — an activity, it should be noted, which is neither secretive nor obscure within the faith — including Anne Frank, Simon Wiesenthal, Daniel Pearl, and the not-yet-dead Elie Wiesel that has brought into question the peculiar relationship which exists between Mormonism and Judaism, one where feelings of love and admiration very much journey down a one way street.

On the one hand, as a branch of Christianity, there is nothing inherently unusual about the fact that 25,000 words of the Book of Mormon are taken directly from the Old Testament. Nor that, of the 350 names published in the text, more than 100 are lifted straight out of the Bible, and the same amount again are near matches.

Yet there is something inherently distinctive about the Latter Day Saints’ origin story. For, Mormons believe themselves to be the spiritual descendants of the Nephites, a lost tribe of Israel who led by the prophet Lehi fled Jerusalem around 600 BC at the time of the Babylonian conquest, ending their journey in the New World by 586 BC.

The golden plates from which the Book of Mormon is derived were claimed, by the faith’s founder Joseph Smith, to have been revealed to him in upstate New York by the angel Moroni, the last Nephite who chronicled the adventures of his wandering tribe after it was all but wiped out by the Lamanites (another lost tribe) in a series of wars which occurred in the 4th century AD. The baptisms themselves occur in large fonts of water that rest upon twelve oxen, representative of the tribes of Israel.

Major biblical events are also said to have occurred in the Americas. Independence, Missouri was declared the site of the Garden of Eden, and Daviess County the location of Adam-ondi-Ahman, where Adam and Eve lived following their fall and castigation. And, just as Jesus of Nazareth was said in an apocryphal to have visited Britain with Joseph of Arimathea, so too did he minister to the Nephites in the Americas and appear before Joseph Smith in upstate New York in 1820, in what is known as the First Vision.

Mormon Israelism shares therefore traits with that exhibited in other national cultures which have claimed at one time or another descent from the tribes of Israel. In the aforementioned case of Britain, attempts to establish union between London and Jerusalem were as Christopher Hitchens terms it “impressed by the nascent idea of English Manifest Destiny,” in which the English people “replaced the Hebrews as God’s chosen.” Not only that, but to build Jerusalem in England’s “green and pleasant land” meant to construct a nation that was not fragmented, tribal, or insular but rather everlasting and at unity in itself.

Mormonism, a religion whose birth and baptism of fire came during the era of American Manifest Destiny and sweeping expansion from one sea to the other, is in itself an attempt to cement the nation’s place in the world by taking the events, people, and ideas central to Judaism and the Bible and placing them in a decidedly American context.

But it is this concern, operating in tandem with their philo-Semitism, which has caused leaders within the Jewish community, and relatives of the freshly-initiated, to react so vociferously. Wiesel called the practice “scandalous; Pearl’s widow said the Church had shown “a lack of respect for Danny and his parents.”

Such hostility is nothing new: When the Church of Latter Day Saints proposed constructing an educational facility in East Jerusalem in the 1980s, their plans were met with uproar and protest amongst the city’s Hasidic community, who feared Mormons proselytizing on the city’s streets. These fears are surely only heightened when individuals such as David B. Galbraith, former director of the BYU Jerusalem Center, proclaim that the in-gathering of world Jewry in the land of Israel is “a doctrinal imperative” — an event, central to Christian Zionist and Mormon theology, designed to trigger the Second Coming and the end of all things.

Some, including Boston Globe columnist Jeff Jacoby, have made the case that Jews who are secure in their faith and identity need not worry about such things, since in Judaism, “conversion after death is a concept without meaning.” In this instance, Mormon Israelism is in essence harmless. What has incensed opponents of the practice, however, is not the ordinance per se, but the sentiment behind it, the feeling that the souls need to be saved at all. Such concerns are all the more amplified when applied to posthumously-baptised victims of the Shoah, who were after all slaughtered on account of their religious identity.