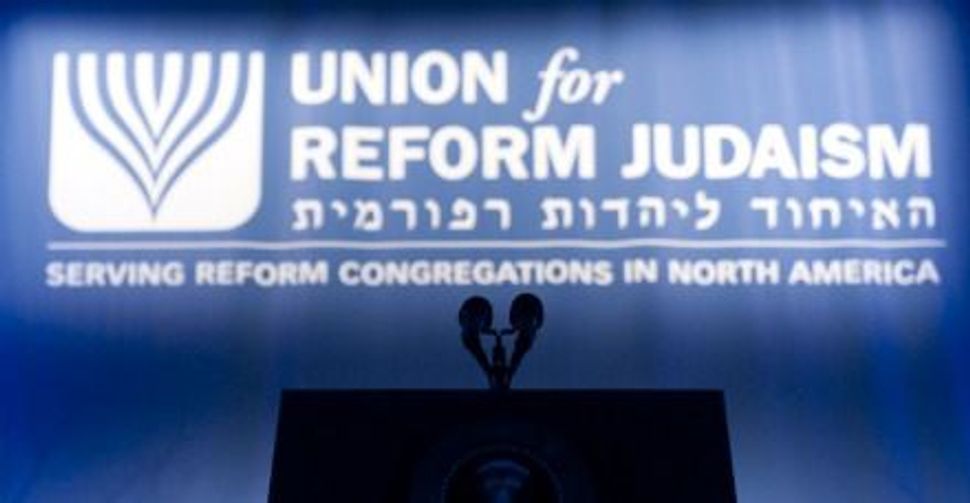 Google “tikkun olam” together with “same-sex marriage,” “global warming” or “abortion,” and you’ll get tens of thousands of hits. Yet in these many, many instances, “tikkun olam” is being invoked by Jewish groups or Jews in two ways that disconnect it from its true meaning.

First, the original and entire phrase is “tikkun olam b’malchut shaddai,” to “repair the world in God’s Kingdom.” I suspect that the vast majority of Jews who use the shortened version of the phrase would be surprised to learn that God is a necessary part of the concept — that Jewishly speaking, tikkun olam without God is impossible.

Second, “tikkun olam” is almost always heralded in support of left-of-center positions, with the implication being that both Judaism and therefore even God endorse a certain agenda.

Is it not possible that “repairing the world” could be interpreted as safeguarding the jobs of American citizens by tightening control over our borders? Could it not mean the protection of unborn life? And could it not have involved supporting a war in Iraq against one of the Jewish people’s greatest enemies?

The question isn’t whether every Jew agrees with the statements above, but why left-leaning positions are overwhelmingly the ones considered part of tikkun olam. The more synagogues get into the political advocacy arena, the more they politicize Judaism. And the more that Judaism and politics are mixed, the less distinguishable they become. Given the struggles that the non-Orthodox denominations have encountered in building Jewish commitment among their members, it’s counterproductive for them to be virtually equating Jewish commitment with political commitment, whether on the right or the left. Though they don’t use the concept of tikkun olam, the Orthodox also lobby for causes they believe in, but they tend to stay more within the realm of advocacy for Judaism or support for Israel. The liberal denominations, however, seem to have taken this politicization to another level.

For example, in reviewing the Reform movement’s website, there are 40 resolutions listed that have been passed or proposed at their biennial conferences since 2007. Only four deal directly with improving Jewish study and observance, while the other 36 include such issues as the war in Iraq, climate change, health insurance, immigration reform and, most recently at their 2011 biennial, “Principles of economic justice in a time of fiscal crisis” — all from a decidedly liberal perspective.

The dramatic movement of Jews away from non-Orthodox Judaism strongly suggests that a more compelling and purely Judaic focus is needed. At the most recent Reform movement biennial conference, Leonard Saxe, a professor at Brandeis University, presented a report indicating that only half of those raised in the Reform movement now identify as Reform. Most of the other Jews who opt out of the movement, the report said, shift to the fastest-growing group in American Jewry, the group known as “just Jewish” or the unaffiliated. In response to this challenge, some leaders of the Reform movement were reported to have suggested looking for new means of reaching Jews beyond the synagogue walls. To attract and retain more Jews, however, it might make at least as much sense for the non-Orthodox movements to reconsider the quality and quantity of Judaic content they are delivering.

There are so many other places Jews can go to engage in political pursuits, liberal or conservative, and too few places they can go to find meaningful Judaic educational and ritual experiences.

Moreover, why is it that Jews who would otherwise join or support a specific synagogue or other Jewish organization might first have to determine whether they can accept the politics promoted by these institutions? It’s hard enough to get Jews through the door as it is.

I don’t care which side of the political fence Jews are on nearly as much as whether an intellectually honest read of Judaism at least informs the positions taken. I have to wonder how many Jews who include tikkun olam in their politically oriented programs have consulted the Torah regarding the issues for which they advocate.

I also wonder: Why don’t more Jews who take issue with the political bent of the organizations they’re a part of publicly challenge those directions more often?

Finally, tikkun olam comes from Judaism’s Aleinu prayer, uttered by ritually observant Jews multiple times a day. In this prayer, Jews ask God “to remove all idols from the Earth, and to completely cut off all false gods; to repair the world in God’s Kingdom.” Ironically and far too frequently, “tikkun olam,” the very part of the Aleinu prayer asking for the elimination of idols and false Gods, has become a false God itself.

Joel Alperson is a past national campaign chair for United Jewish Communities, now known as the Jewish Federations of North America. He lives in Omaha, Neb.