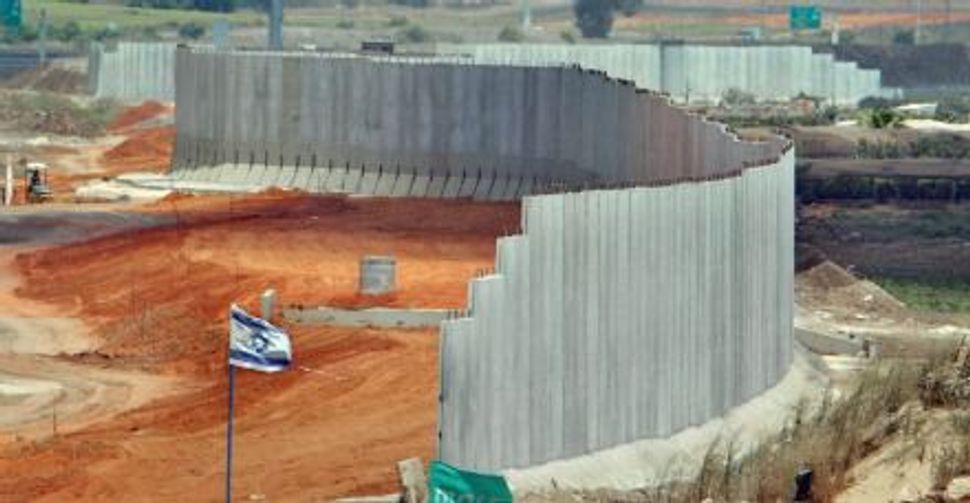 If well-meaning American Jews who love Israel believe that the occupation of Palestinian land and people is detrimental and wrong, what are those Jews to do? How can they express those beliefs and take actions that protect Israel, support their fellow Jews, and also hold Palestinians appropriately accountable for their own actions?

One response to these difficult questions has been coined “Zionist BDS” by its author, Peter Beinart. In an expertly timed opinion piece in The New York Times, published just before his new book goes on sale, Beinart argued that the controversial movement to boycott, divest from and sanction Israel ought to be targeted at only the territories beyond the Green Line, the area captured by Israel in 1967 that should make up a new Palestinian state — or, in Beinart’s words, “nondemocratic Israel.” He uses that language to distinguish the oppressive conditions suffered by the Palestinians from the flawed but genuine democracy enjoyed by Israeli citizens of any background, and to distinguish the Palestinians from the more than 300,000 Jewish settlers who benefit from subsidies, roads and all sorts of special protection from the Israeli government.

“We should lobby to exclude settler-produced goods from America’s free-trade deal with Israel. We should push to end Internal Revenue Service policies that allow Americans to make tax-deductible gifts to settler charities. Every time an American newspaper calls Israel a democracy, we should urge it to include the caveat: only within the green line,” Beinart wrote.

It all sounds very proactive and aggressive, but as our Nathan Guttman reports, the practical effects of this type of targeted boycott may be no more than a dramatic, empty gesture. Americans bought $21 billion worth of goods from Israel in 2010, and the vast, vast majority of those items came from Israel proper. There is little manufacturing on the West Bank, little to export. Simply refraining from purchasing Ahava skin lotion or Gush Etzion wine will hardly make a dent in Israel’s impressive economy. And even critics of the settlements have questioned the legality and practicality of trying to force the IRS’s hand in this dispute.

Indirect boycott and divestment from companies engaged in the West Bank are complicated to unravel and just about impossible to enforce. Such is the nature of life on either side of the Green Line. Just as the security barrier tracing Israel’s temporary perimeter is a thick, high wall in some places and looks like a porous backyard fence in others, so, too, the border delineating occupied territory is sometimes heavily barricaded and other times barely discernible.

So beyond the dangerous optics of Beinart’s proposal — its implicit support of a broader BDS movement, its unwillingness to engage settlers and make demands of Palestinians — there is also the simple impracticality of the idea, which makes it impossible to support.

What Beinart has accomplished, though, is to pinpoint a deep frustration and confusion on the part of many Jews who want to stop the peace process from unraveling and see the occupation end with Israel’s security intact, who want to help reclaim the high moral ground in the struggle for Israel’s democratic soul. The BDS movement, targeted or not, taps into an easy pattern of consumer behavior. It allows the activist to do something, or refrain from doing something, that is hardly a sacrifice but still an action.

For Jews committed to finding more than an empty gesture, the question remains: What to do? Some will seek a political outlet, advocating through J Street or the American Israel Public Affairs Committee or some other group. Many other Jews, it’s sadly been documented, simply disengage. They either remain willfully ignorant of the conditions of Palestinian life, driving through the West Bank without ever really encountering it, or they absent themselves from the Israel conversation altogether.

This is a terrible mistake. We must engage. We must acknowledge the daily indignities and cosmic struggles of the Palestinians —not to excuse their own accountability for their situation, but to accept Israel’s parallel responsibility and, by extension, our own. We must find effective, appropriate ways to love and support Israel while staring the occupation straight in the face and vowing to end its ugly legacy.

Beinart diagnosed the challenge correctly — to keep alive “the hope of a Jewish democratic state alongside a Palestinian one” — even if his proposed solution was dangerously misguided. It’s up to all of us to come up with a better answer, as fast as we humanly can.