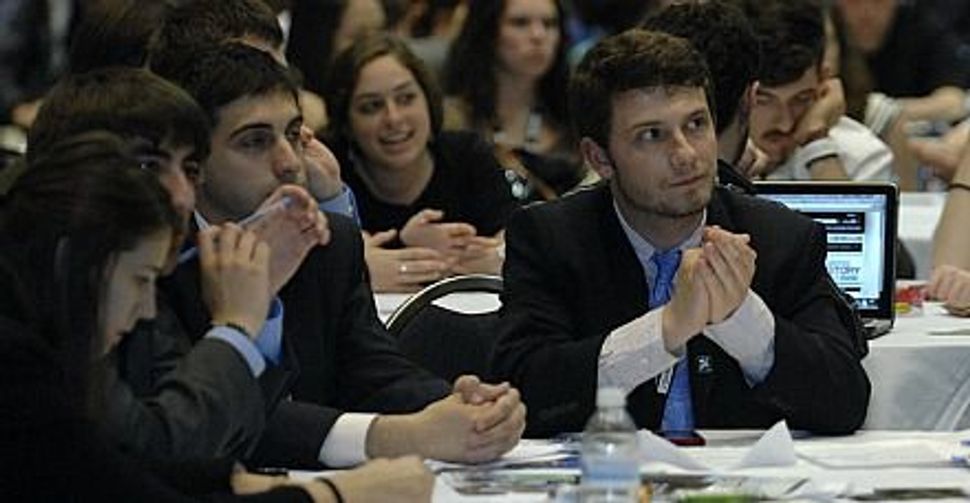 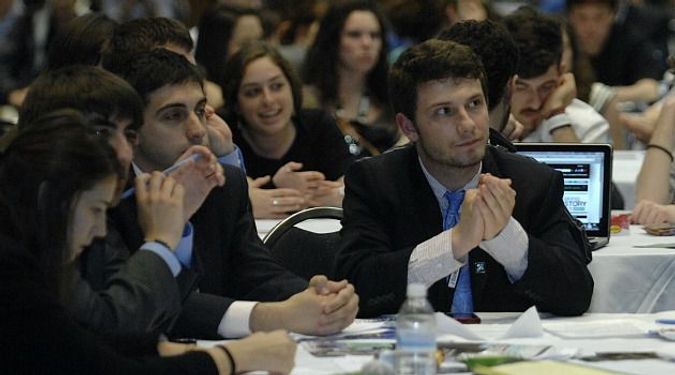 Class Matters: J Street draws a well-meaning and well-informed crowd. But it overlooks the fact that Israeli politics is still driven by resentment at elites by workers, immigrants and Sephardim. Image by liz malby

I’m not one for political conventions. Good policy is subtle, but effective politics is broad — and I, for one, prefer the former. When friends of mine returned from the AIPAC conference in early March, inspired by (in the words of one of them) “thousands of Jews all united by a love of Israel,” I felt nauseated. I don’t want to be in a crowd of thousands of people united by anything.

So it was with some ambivalence that I approached this year’s J Street conference — which seemed fitting, since J Street’s official slogan, “Pro-Israel, Pro-Peace,” is itself somewhat ambivalent. Yes to Israel, no to settlements. Yes to negotiations, no to imagining the Palestinians as righteous victims of oppression. Of course, this is territory I’ve staked out in these pages for years. And lo and behold, I fit right in, with thousands of people united by a love of Israel and a concern for its well-being now that a right/far-right government is leading it.

The only thing is, the Israeli public elected that right/far-right government, and the public would likely re-elect it if the election were held today. And while I heard numerous opinions about why the government’s policies are damaging to Israel, morally wrong, at odds with America’s interests and so on, I heard very little about how they might be changed — that is, by a different party winning the next election.

Why do Israelis vote for rightist and far-rightist parties when poll after poll tells us that most Israeli Jews support center-left policies? The answer has nothing to do with Palestine or with the issues discussed at 95% of the J Street conference held in late March.

But surely this is a tone deafness so opaque as to resemble deafness itself. Even worse, it is a continuation of the very condescension that so enrages Sephardim, Russians and religious Jews. If only you would understand what we understand; if only you’d see that a two-state solution is in your own interests; if only you’d choose hope instead of fear.

Now, I am sure that the centrist and liberal Israeli politicians who addressed the J Street conference are indeed committed to fighting the stratification of Israeli society and have all the right liberal positions on equality of opportunity. I am sure they can point to some party officials from these various groups, even though I didn’t see any of them at the conference itself. And it was of great importance that Stav Shaffir, one of the leaders of last summer’s social justice protests, was a featured speaker at the conference; this is a sign that the Israeli economic dynamic may be changing.

But that was not nearly enough. Ignoring the ethnic/social/racial elephant in the room, which has stampeded the left since the days of Menachem Begin, had me wondering if these elites still don’t get it, like conservatives in America who really think we live in a colorblind society and that race doesn’t matter anymore.

Over and over, we were told about how Israel should be coaxed to the negotiating table for its own good. But surely the right way to make change is not by persuading a right/far-right government to defy its own electoral base. Could you imagine this view playing out in America? Rather than campaigning against the Republicans, trying to exert external pressure on a Republican government to raise the minimum wage, fight climate change and favor diplomacy over war?

No. What Israel needs is a regime change, and that has to come from Israelis voting for a different ruling party. And that, in turn, has to come from changing the dynamics that enable Benjamin Netanyahu and Avigdor Lieberman to stay in power. To pretend that those dynamics are about hope versus fear, or enlightenment versus ignorance, is to perpetuate them. Without engaging the Israeli electorate head on, without changing and diversifying the Israeli Left, we thousands of concerned, liberal, Ashkenazi Americans are just talking to ourselves.

Jay Michaelson is the author of, most recently, “God vs. Gay? The Religious Case for Equality” (Beacon Press, 2011).