Remember Those Who Gave Us Hope 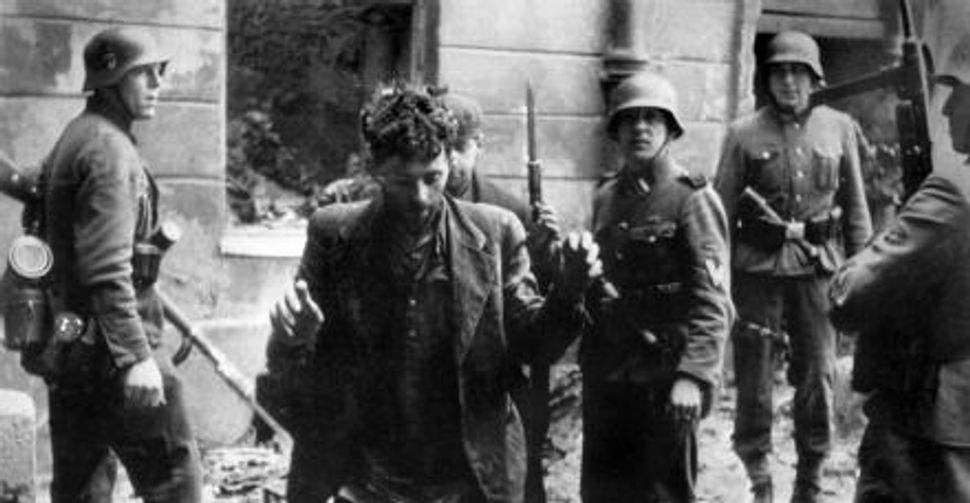 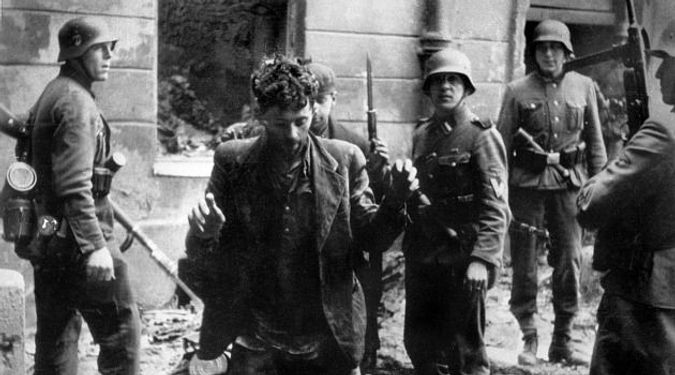 Heroes in Battle: Passover is a good time to remember the heroes of the Warsaw ghetto uprising, which began on Pesach night in 1943. Image by getty images

This year, at Pesach time, we mark the 69th anniversary of the uprising of the Warsaw ghetto. For more than half a century, we have spoken of the uprising at our Seder table, recalling that it was on Pesach night in 1943 that the hateful enemy stormed the remnant of our people who had not yet perished. But our people rose up in hopeless courage and, in the days of their struggle, became immortal. It has become our custom to dedicate our second cup to their memory, to the memory of all those who perished in the Kingdom of Night, and to seek to draw meaning from the darkness.

And therein, of course, lies our problem. It is one thing to acknowledge that evil persists, that there will likely be, every year, one outrage or another that comes to remind us of how far we have yet to go. It is quite another to move from the abstract awareness to the unavoidable and persistent witness of ongoing horrors around the world. Syria, Mexico, the Democratic Republic of Congo, Iraq (still), the litany of ongoing violence is endless.

And murderous violence bursts in as well: Rabbi Yonatan Sandler, his 6-year-old son Aryeh and his 3-year-old son Gavriel as well as 8-year-old Miriam Monsonego in Toulouse; in Afghanistan generally and in the case of Staff Sgt. Robert Bales in particular, nine of his 17 victims, children; Trayvon Martin in Sanford, Fla.; and who among us begins to know how many others, and the child soldiers and the trafficked children and the starving children. No, it did not end with Pharaoh, nor is it only the first-born.

One way to contend with all this horror is to recall the heroes who give us hope. Mordecai Anielewicz, Yitzhak Zukerman and Marek Edelman, the three commanders of the Warsaw Ghetto Uprising, each the product of a different Jewish youth movement, as also and always Janusz Korczak, the pediatrician who stayed and died with the orphans of Warsaw in the chambers of Treblinka.

Antek, Yitzhak Zukerman’s nom de guerre, lived mainly outside the ghetto walls. His looks enabled him to “pass,” and he became the key smuggler of small arms and ammunition into the ghetto, coming and going through the sewers. He survived the uprising and the war, together with his storied wife, Tzivia Lubetkin. My parents became friendly with them, and it was in that way that I, too, came to know Antek. The two of us had dinner in Chicago once, and it grieves me that all I can remember of our time together is how tongue-tied I was, awed to be in the company of an undoubted hero, a man who’d actually helped make the history I knew only at a considerable remove. Years later, I learned something of the cost of his Warsaw experience: He turned to drink, and famously told an interviewer, “If you could lick my heart, it would poison you.”

Anielewicz was, at age 24, chief commander of the ZOB, the Jewish Combat Organization, with its 220 members. It was he who led the uprising from the day it began, April 19, to the day of his death on May 8, 19 days later. In those nearly three weeks, he became the near-legendary symbol of the uprising, and is today the most readily remembered.

Edelman, also 24 when the uprising began, died in 2009 at age 90 after a distinguished career as a cardiologist in Lodz, Poland. His sympathy for the Palestinians in the Israel/Palestine struggle provoked considerable criticism; his utter honesty, along with his very active involvement in Poland’s Solidarity Movement, burnished his reputation. At his funeral his coffin was covered with a Bund banner and a choir sang “Di Shvueh,” the Bund anthem. The funeral was attended by the Polish president, by Lech Walesa of Solidarity, by other dignitaries, by some 2000 people, and, as you can see and hear on YouTube, by a New Orleans-style jazz band.

There is no easy way to summarize the life and death of Janusz Korczak. There are his own books, books written about him, films, plays, even an opera about him, stamps in his honor (in Poland, in Israel). If you’ve been to Yad Vashem, you’ve likely seen the black basalt statue, near the children’s wing, depicting a group of children within the arms of Korczak, his head hardly higher than theirs, embracing them.

There is sorrow in the remembering, of course. There is also dispositive evidence that honor and honesty and dignity and kindness and courage are alive within and around us.

Remember Those Who Gave Us Hope