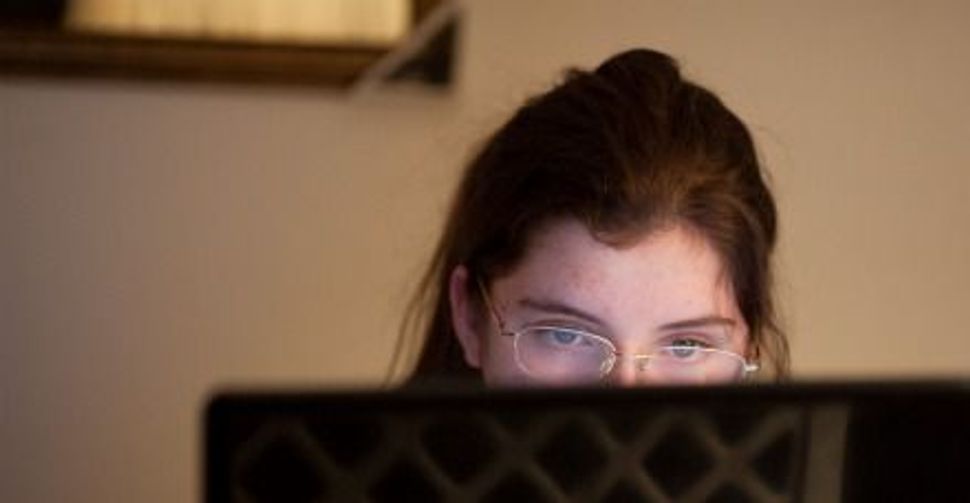 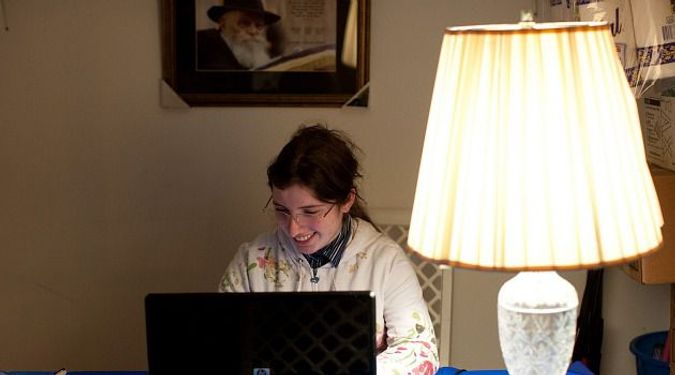 Don?t Shoot the Messenger: Banning Facebook won?t stop teens from gossipping. Schools, religious and otherwise, should teach kids to make better use of their time. Image by claudio papapietro

Facebook has been characterized as many things. It’s a rabbit hole into which free time can disappear. It’s a portal that can be used to dip into the past — hey, whatever did happen to that high school boyfriend? It can show a new dimension to an acquaintance, and it can allow people to share ideas and disagreements.

But whether one deems Facebook as the defining virtual locus for a new era or as emblematic of society’s downfall, there can be no denying its omnipresence and its appeal across generations. And that’s why Chabad’s decision to condone — or, at least, not to loudly condemn — an affiliated school’s banning of Facebook misses a giant opportunity.

Every girl in the 11th grade of Beth Rivka, a Chabad girls’ school in Crown Heights, who has a Facebook account was recently fined $100 (returnable at the end of the school year) and told to shut it down. School officials later said that, rather than being rooted in concerns of modesty, as was previously reported, the school’s decision was made on social grounds — basically, it didn’t want students spending too much time in virtual reality at the expense of, well, real reality. This concern is one that secular schools can relate to just as easily as religious ones.

Why Facebook is seen as such a threat by this Crown Heights school is a question that only its administrators can answer. But to me, banning Facebook for any reason seems like banning the telephone in order to prevent lashon hara (evil language or gossip): The instrument is not, in and of itself, the problem. The instrument is simply the medium.

Facebook isn’t something that needs to be feared; rather, it’s a challenge that a school — and especially Chabad, a sect of the Lubavitcher movement well known for its outreach in real and virtual life, should consider a teachable moment.

Facebook offers a chance for students to test what it really means, in a pseudo-real world, to be modest, to be kind and to follow the path of Torah. It’s potentially a great avenue to do mitzvot and to share Torah learning and experience. It’s an easy way to exchange a kind word and to discuss an issue with people whose experiences are divergent from your own. It is also a forum in which we can see the world as carefully tailored as we want it to be and, through privacy settings and filters, shut out those things that are inappropriate.

Chabad could, by actively embracing Facebook and by condemning actions like Beth Rivka’s, become the real avant garde of Judaism. By encouraging its teens to build virtual communities exemplifying values of Judaism, Chabad would take up the currently slack reins of modeling positive online communities for Jewish teenagers. Chabad, which bills its internet presence as “the world’s largest Jewish virtual congregation,” would be best positioned to forge ahead into the frontier of Facebook to create not only a virtual bima from which one can dispense a shiur, but also a potential training ground for kids to become modest, observant and respectful adults.

Of course, Facebook also has its potential pitfalls: Bullying and immodest behavior do exist. But an internet community of “friends” who tacitly or explicitly agree to conduct themselves a certain way — no lashon hara, for example — would be a virtual example of the kind of community that schools educating children want to create in fact. Kick someone out of your Facebook circle if they don’t conform to the standards of behavior you aspire to, if you want. And extol those who exemplify the behavior you want children to emulate. But turning off Facebook altogether — and not saying boo when someone who is part of your movement does so, for whatever reason — is declaring the “outside world” of time wasters and superfluity the victors of a war that has yet to be fought. It’s throwing up one’s hands in defeat rather than setting one’s hands to work on building a solution to the problem.

Jordana Horn is a lawyer, journalist and writer at work on her first novel.