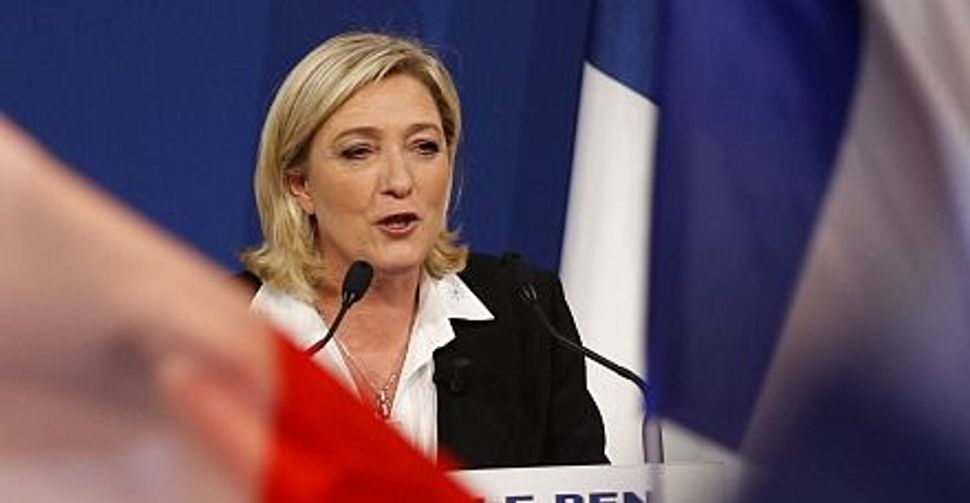 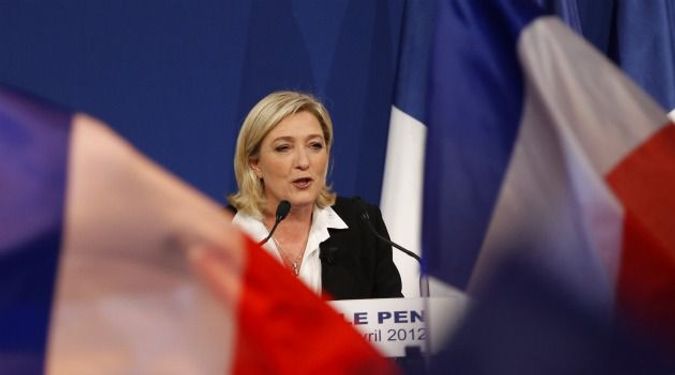 Several years from now, historians may recount a conversation at the Elysée Palace, the residence of France’s president. While watching the returns of the first round of the presidential elections on Sunday night, Nicolas Sarkozy shrugs: “It’s a rebellion.” And an adviser, in turn, replies, “No, Monsieur le Président, c’est une revolution.”

Or they may not. But this famous exchange between Louis XVI and one of his advisers, upon the taking of the Bastille, could have been repeated on Sunday with little loss of drama. In the wake of last weekend’s electoral results, France’s political landscape has changed in revolutionary ways.

This time, though, the revolutionaries are marching onto center stage from the right wing and not the left. Last weekend, close to one in five men and women of France voted for Marine Le Pen, leader of the Front National. This outcome demands attention for several reasons. First, the French pollsters were again ambushed, just as they were in 2002, when they failed to foresee the late surge that allowed Le Pen’s father, Jean-Marie Le Pen, to finish second in the first round. Second, with a final tally of nearly 18%, the daughter has left her father, with his 16.8% in 2002, eating dust. Third, Le Pen’s powerful showing occurred in an election in which more than 80% of French voters cast ballots. This is significant, quite simply, because Jean-Marie Le Pen’s second-place finish 10 years ago was attributed to widespread voter apathy and abstention.

Last, and most important, last weekend’s vote was no longer a mere protest vote limited to a small number of socioeconomic and demographic categories. Instead of casting a vote against other political parties or the “system,” as they had in years past, F.N. voters this year delivered a massive vote for the party and its program.

According to Le Monde, 40% of those who voted for the F.N. are as dismissive of the traditional right — such as Sarkozy’s party, the UMP — as they are of the left. These voters, moreover, hailed from all corners of France, and not just a neglected and easily ignored cranny. Nearly as many women as men, young as old, rural as urban workers, white-collar workers as small business owners, voted for Marine Le Pen. All this is new — and disturbing.

For many journalists, what had been an “invisible France” thus made itself, with a great thud, visible on Sunday. But this particular France has long been visible to those who had kept their eyes open. In his recent book, “Democracy’s Forgotten Ones” (“Les Oubliés de la Démocratie”), sociologist François Miquet-Marty warned that ever since the new millennium, a growing number of French citizens feel “abandoned” by their political leaders.

The two pivotal moments in this deepening disenchantment were in 2002, when the French were confronted with a choice between Le Pen and a spent and shady Jacques Chirac, followed in 2005 by the referendum on the adoption of a European constitution. Though nearly all the principal parties in France supported the constitution, a solid majority of French voters slapped it down. While there were several reasons for this rejection, perhaps the most important was the sense, elusive but real, among voters that they no longer ran their own lives. Instead, they saw their fates in the hands of politicians who, wittingly or not, were collaborating with faceless bureaucrats in Brussels.

The one candidate who, in the eyes of this growing segment of the French population, not only understood, but also is capable of responding to what Miquet-Marty called ”a rupture of nearly existential proportions” was Marine Le Pen. Scarcely a year ago, Le Pen inherited a political movement shaped by the violent and anti-Semitic rabble-rousing of her father. Since her ascension to the leadership, she has bent over backward to “de-demonize” the party, assigning a largely ceremonial position to her father, weeding out most of the neo-Nazi elements and attempting to cultivate ties with French and American Jewry. These latter efforts have, with a few odd exceptions, fallen happily on barren ground; nevertheless, they have given a fragile credibility to Marine Le Pen’s insistence that the F.N. has changed.

French Jewry is rightly suspicious of the Front National 2.0. In the wake of the election results, the Union of French Jewish Students announced itself “stupefied” by Le Pen’s strong showing. At the same time, the Council of Representative Jewish Institutions of France published an interview with a historian who studied municipal libraries in cities controlled in the 1990s by the F.N. Among other discoveries, the historian found that works by anti-Semitic authors like Robert Brasillach began to appear on the shelves.

This is depressing, of course. But it is time to ask if it is also dépassé. The F.N.’s bête noire has changed since the 1990s. It is now the Muslim, not the Jew; it is Brussels, not a Jewish conspiracy of bankers; it is a European Constitution, not the Protocols of the Elders of Zion. Undoubtedly, even if Marine Le Pen was sincere in her efforts, the anti-Semitic demons that have inhabited her party will never be entirely exorcised. But it takes an odd kind of willfulness to think we remain the F.N.’s raison d’être to rage and revolt. Le Pen has latched on to other “others,” and it is to them that Jews here and abroad must rally in the coming weeks and months.

Robert Zaretsky is a professor of history at the Honors College at the University of Houston. The author of “Albert Camus: Elements of a Life” (Cornell University Press, 2010), he most recently contributed to “The Occupy Handbook” (Little, Brown & Company).