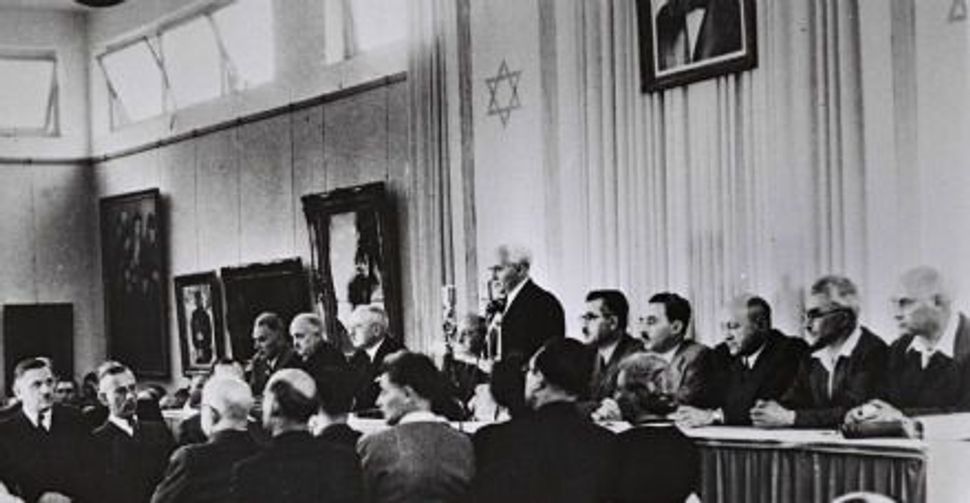 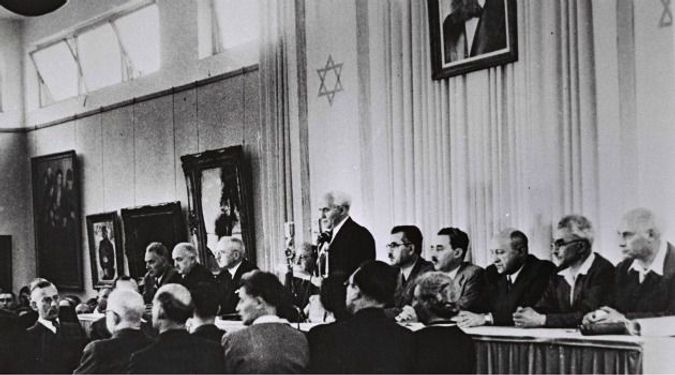 Constitution Needed: When Israel?s founding leaders declared independence in 1948, they promised to govern through a constitution. That vow remains unfulfilled to this day. Image by getty images

Israel’s Justice Minister, Yaacov Neeman, has floated a proposal for what is known in Israel as a “Basic Law” that would streamline and codify the legislative process of the Israeli government. If it passes, by Independence Day next year Israeli kindergarteners will be chanting “How a Bill becomes a Law” — in Hebrew.

Along with many Israelis, I don’t think this is a good idea. My reasons, however, are quite different from the explanations being offered by the country’s lawmakers.

Neeman’s diagnosis of a real problem is correct. Today, the Jewish state does not excel in distinguishing between a bill and a law. Israel doesn’t have an official procedure for legislation, an equivalent of the United States Constitution’s Article I Section 7 or the United Kingdom’s Royal Assent. Rather, two chapters in the Knesset bylaws informally fix the arrangements of legislation for bills proposed by Members of Knesset or the government, respectively. Unlike the U.S. and U.K., where the executive turns every bill into a law by signing it, in Israel the process is more fluid and much less definitive. The president, prime minister, Knesset speaker and other ministers all add their signatures to laws that have already been voted on by the parliament, without clear guidelines on whose signature actually matters.

Understandably, Neeman would like to put Israel’s messy house in order. The proposal states that it is intended “to regulate legislation in Israel,” given that “despite the centrality of the legislation activity in the life of the state, the subject has not yet been put to order by a basic law, and the majority of the instructions concerning legislation are anchored in the Knesset bylaws.”

The loudest objection to his proposal has to do with a provision that would grant the Knesset the right (through a decision of 65 members) to overrule a Supreme Court’s decision to strike down a law. Opponents argue this is intended to weaken the court and circumvent judicial independence.

Would it? This provision is just as likely to strengthen the court. Once the justices realize that their rulings can be repealed — although not that easily — the immense political pressure that they face today will be somewhat alleviated, and they will be more free and daring in their rulings. Even a right-wing Knesset that is skeptical of the judiciary would find it nearly impossible to have the 65 votes (out of 120 members) needed to overturn the court’s decision. Failure to exercise this veto power will then give legitimacy to the court in controversial decisions.

But Israeli leaders fail to see that this provision is the least of the proposal’s problems. In fact, the problem with the proposed procedure is not that it is so innovative, but rather that it’s mostly a careless and thoughtless cut-and-paste of existing arrangements that, regardless of whether they are prescribed by bylaws or basic laws, would have made the American framers blush. It is not what the proposal contains, but what it does not.

For instance, the Knesset is not required to maintain a quorum to do business. (Recall that each house of the U.S. Congress needs a majority present.)

Or what about a prohibition such as the U.S. Constitution’s dictate that no “ex post facto law” shall be passed? Look at the already-deemed-illegal outpost of Migron, where the government is asking the court for an extension in order to devise how to decide away the question on which the high bench has already ruled. The whole legal edifice of the settlements is ex post facto: facts first, decisions later.

But even these issues, important as they may be, are only details. It’s the whole concept of a basic law that is problematic.

Michael Eitan, Israel’s longest serving Knesset member, now also a cabinet minister, got to the heart of the matter when he told the Haaretz newspaper that all these questions of legislative procedure should be answered in a future constitution, not part of a basic law that one day might be incorporated into a constitution. Eitan has committed his career to reminding his peers of the Israeli Declaration of Independence’s most forgotten paragraph — the one that comes just after the dramatic pronouncement of the state and before the promises of peace and equality — the commitment, the Jewish state’s first, to govern through a constitution. In other words, the commitment to a rule of law.

Until this commitment is realized, the Declaration of Independence remains, in effect, a bill not yet empowered.

Yoav Sivan is an Israeli journalist and a visiting scholar in the Department of Sociology at New York University.