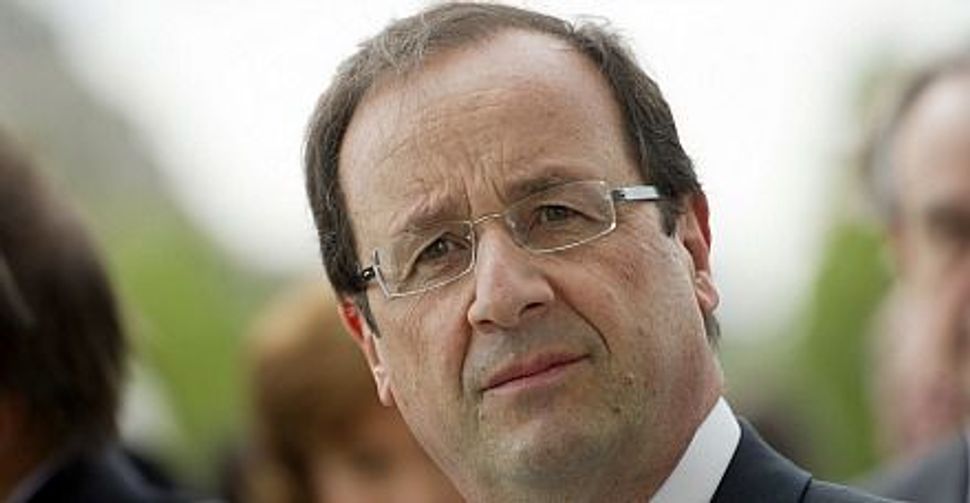 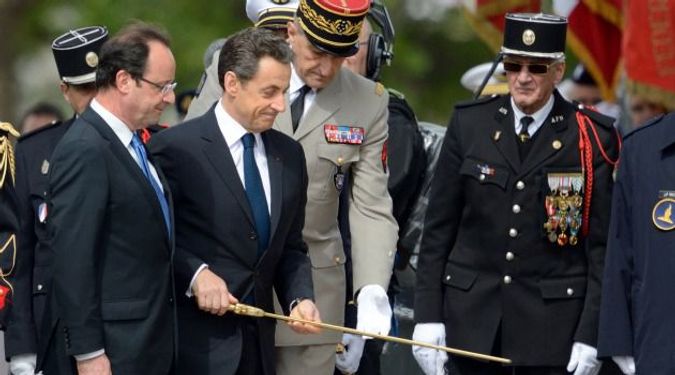 Apres Moi: With Nicolas Sarkozy defeated, some French Jews are concerned about the future. Image by getty images

“I’m not criticizing, but simply making an observation” — “Je ne critique pas, je constate” — is a favorite rhetorical dagger of the French. It was unsheathed on Monday when CRIF, the Council of Representative Jewish Institutions in France, acknowledged Francois Hollande’s victory over Nicolas Sarkozy in a press release. Under the (awkward) title, “In congratulating Francois Hollande, CRIF Takes Note of His ‘Horror of Anti-Semitism and Racism,’” Richard Prasquier, the organization’s president, assured the Socialist president-elect of his organization’s determination “to combat all forms of extremism and populism.”

The message seems matter-of-fact, as “normal” as Hollande famously portrayed himself during the campaign. After all, there is nothing more natural than to be horrified by anti-Semitism, nothing more normal than being devoted to challenging all forms of extremism and populism.

But when set against recent events in France, CRIF’s message becomes less a “heartfelt congratulation” than a shot across the bow.

A bit of recent history is in order. Less than two weeks ago, in an op-ed for the English edition of Haaretz, Prasquier noted that both Sarkozy and Hollande “strongly reject any manifestation of anti-Semitism.” He then detailed at great length Sarkozy’s “strong links with the French Jewish community.” And Hollande? All Prasquier could manage was that the Socialist’s “feelings towards Israel have always been clearly friendly,” but he called even this tepid endorsement into question with the odd qualification that these feelings “have not been highlighted so much.”

But Prasquier was only warming up. In the closing paragraphs of his op-ed, he warned against the influence that might be exercised over Hollande by certain socialist leaders “who have negative views towards Israel’s policies.” Prasquier neither named names among the socialists — the sort of innuendo to which a Jewish organization should be especially sensitive — nor identified the particular policies they criticized. This, too, is not just specious, but also tendentious: The only Israeli policy criticized by the Socialist Party — namely, the settlement policy in the occupied territories — is one shared by the vast majority of Western political parties.

As for the far left, Prasquier dropped his gloves. He noted that the Green Party expresses “a deep hostility towards Israel and are at the forefront of every anti-Israel demonstration, declaration and petition.” While parading as an “observation,” Prasquier’s claim is in fact a caricature: While the Green leadership, including their presidential candidate, Eva Joly, have been vociferous in their criticism of Israel’s policies in the occupied territories and have supported the boycott of products made there, never have they questioned the integrity and security of Israel. On the contrary: They argue, in good faith, that Israel’s current policies undermine these very same objectives.

Of course, Prasquier is free to doubt their sincerity. Yet, his choice of extremisms to be feared is particularly telling in light of the showing made by Marine Le Pen of the Front National. After her powerful third-place finish in the first round of the April 22 election, Sarkozy pulled out all the stops in his effort to rally the Front National voters to his camp. About this frantic beating of the bushes on the far right, Prasquier blandly opined that Le Pen was “not expected to exert any influence on policies toward Jews in France.” As for the French-Muslim community, all Prasquier could muster was that these 5 million men and women “were at the forefront of [Le Pen’s] campaign.”

These insipid remarks reveal the moral fecklessness of Prasquier’s position. No one ever believed that Le Pen presented a danger to French Jewry; she herself has gone out of her way to cultivate ties among French and foreign Jews. Instead, her party presents a clear and present danger for French Muslims and, more broadly, the French Republic. Hence the great controversy sparked in France — and, in fact, in the ranks of his own party — by Sarkozy’s unabashed romancing of Le Pen’s followers in the two weeks following the first round.

Whether by declaring that Marine Le Pen’s candidacy was “compatible with the Republic” or that voting for Le Pen was “not reprehensible,” whether by his blanket claim that there were too many immigrants in France or that he would cut in half the number of legal immigrants, Sarkozy made clear that he was running toward the far right — and running away from the political principles that had once galvanized French Jewry on behalf of the Republic.

It is not clear to what extent Prasquier’s position reflects the sentiments of the French Jewish community. We do not know the distribution of Jewish votes in France. Most observers nevertheless believe that a majority voted for Sarkozy, just as they did in 2007. This is hardly surprising: Ever since 1981, when French Jews voted overwhelmingly for François Mitterrand, they have moved steadily to the right. With the impact of the second intifada on French politics, a rash of anti-Semitic crimes and the growing prominence of the culturally conservative Sephardic community, this shift has simply grown more pronounced. Just as the Republican Party holds greater credibility among American voters when it comes to issues of security, Sarkozy had persuaded many French Jewish voters that his party alone would guarantee their safety and well-being.

Now that Sarkozy has lost the race does not mean that he has lost this particular argument — at least for French Jews. Hollande must find a way to apply his campaign motto — “Change: It’s Now” — to his relationship with French Jewry. Namely, that a real friend cannot only observe, but criticize, too.

Robert Zaretsky is a professor of history at the Honors College at the University of Houston. The author of “Albert Camus: Elements of a Life” (Cornell University Press, 2010), he most recently contributed to “The Occupy Handbook” (Little, Brown & Company).