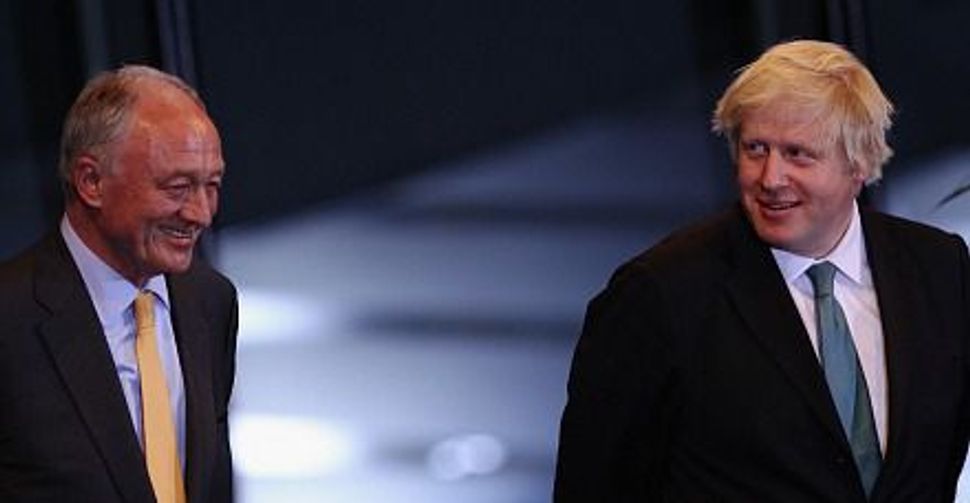 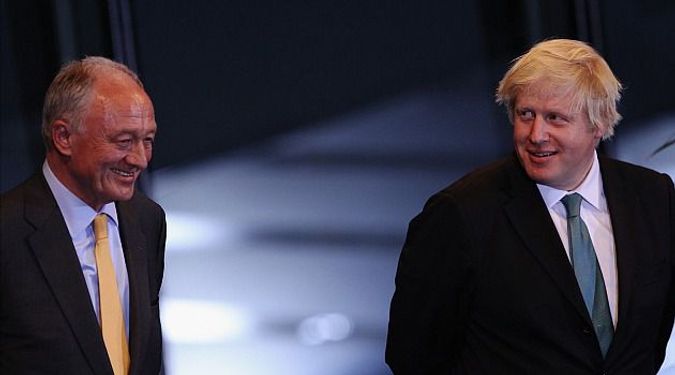 Narrow Loss: Many Jewish London voters, even Labor-supporting ones, were so repelled by ex-Mayor Ken Livingstone that they considered their Jewishness reason enough not to vote for him. Image by getty images

In April, a new phrase entered the London Jewish lexicon. The phrase is simple: “I’m sorry. I can’t. I’m Jewish.” It is a statement of political assertiveness that comes with a resigned smile, a semi-apologetic shrug of the shoulders and a half turn-up of the palms of both hands. It was said in response to Labor Party campaigners when they asked London’s Jews if they would be voting for Ken Livingstone, Labor’s candidate for mayor of London, who lost his bid May 3 to the incumbent Tory, Boris Johnson. This sentiment is rarely challenged, and is normally met with understanding, even empathy.

How did it come to this, that so many Jewish voters, even Labor-supporting ones, were so repelled by Labor’s candidate that they considered their Jewishness reason enough not to vote for him?

The basic answer is simple: The litany of public run-ins between Livingstone and Jews eventually broke the camel’s back. It was, to use an older Jewish phrase, “enough already.”

All the good, practical things that Livingstone did for Jews during his earlier term in office, from 2000 to 2008, from using Trafalgar Square for menorah lightings and for the Simcha in the Square cultural event to housing and welfare provisions for the Orthodox, were rendered irrelevant. “Enough already” came about because what Livingstone said about Jews, Israel and Zionism came to overshadow what he did for London Jewry.

Livingstone’s prolific gaffes have been covered many times: the “concentration camp guard” gibe at a Jewish journalist being the best known. Why he makes them is another matter. Political calculations regarding numbers of Jewish and Muslim voters in London may play a role, but Livingstone’s conflicts with London’s Jews long predate the emergence of Islamist political movements in Britain. His ideological leanings, though, have been constant for decades and can provide some answers.

In his memoirs, published last year, Livingstone took a detour from telling the story of his political career to rehearse arguments that Zionist leaders of both left and right befriended fascists and Nazis in 1930s and ’40s Europe. He relied for much of his source material on American Jewish Trotskyist Lenni Brenner and on Brenner’s 1983 book, “Zionism in the Age of the Dictators.” The charge sheet repeated in Livingstone’s memoirs stretched over three pages to include Betar, the Stern Gang, the World Zionist Congress, the Board of Deputies of British Jews and wartime American Jewish leader Rabbi Stephen Wise — all of whom, according to Brenner and apparently endorsed by Livingstone, either failed to oppose fascism sufficiently or actively collaborated with Nazi anti-Jewish policies. Most shocking of all for Livingstone was the idea that Labor Zionist’s leadership was as culpable as its right-wing rivals. “Of course the Labour Zionists cannot be blamed for not anticipating that Nazism would become the greatest evil in human history,” Livingstone wrote, but “it was a catastrophic error of judgement not to throw all the resources of Zionism into the campaign against Nazism.”

By endorsing Brenner, Livingstone’s view appears to be that Zionism was. to a significant degree, a fascist-friendly movement, “conceived at a time when the concept of racial superiority was normal.” Livingstone had promoted Brenner’s book in the Labour Herald newspaper, which he edited at the time — a newspaper produced on printed presses subsidised for much of the 1980s by money from Libya’s leader Moammar Qaddafi.

Putting to one side the absurd notion that “all the resources of Zionism” would have enhanced significantly the combined war effort of the United States, the Soviet Union, Britain and the other allies — which itself says something about Livingstone’s view of Zionism — his chosen reliance on Brenner’s obscure work for much of his understanding of Zionist history leaves Livingstone ignorant of, and insensitive to, the basic human reality of things Zionist and Jewish. Livingstone’s record suggests that he buys into much of the Marxist Left’s stereotypes and political assumptions about mainstream Jews and their communal representatives.

Several of these stereotypes and categorizations emerged in the heat of the London mayoral contest. Despite subsequent denials, several witnesses claimed he suggested that Jews are unlikely to vote for Labor because they are richer than the average Londoner. That he said this at a meeting arranged to help repair his relations with London’s Jews compounded the offense. It emerged that Livingstone, when speaking on a show on Iran’s Press, suggested that Zionism sprang from the same 19th-century well of “racial exclusiveness” that spawned German “blood and soil” ideology and Nazism.

Other Livingstone blunders have been around for a while: for example, that the Balfour Declaration fulfilled a promise to “Zionist bankers funding our war effort,” or that the accusation of anti-Semitism is used to silence anyone “who is critical of the policies of the Israeli government” (this complaint is so closely associated with Livingstone that it is known in some circles as ”The Livingstone Formulation”).

Livingstone is not an anti-Semite. He harbors no visceral dislike of Jews, and he repeatedly cites the Holocaust as the benchmark of evil. He speaks warmly and genuinely of the Jewish contribution to London and did much to promote Jewish life during his time as mayor. His repeated rows with London’s Jews, however, left question marks over his goodwill toward the Jewish community as a whole and to its support (albeit in varying degrees) for the State of Israel. The stumbling block for Livingstone is not personal; it is political. Once the serious work of politics begins, when elections are to be won, or when his abilities are questioned, nonsocialist Jews risk being regarded as a class enemy and therefore a political enemy: a reactionary force in alliance, through Zionism, with American imperialism. When Menachem Begin rose to power in Israel, Livingstone told the Israeli newspaper Davar, “the Jews” in Britain and other countries “became reactionaries, turned right nearly to be fascists.” Jewish communities that had for years been associated with “human rights, rights of minorities and just causes” betrayed their progressive calling, he claimed. And that, for Livingstone, is that.

These ideas are troublesome enough when they are confined to the juvenile leftism of campus politics. They carry an entirely different import coming from the mayor of one of the world’s great cities. The politics of treating Jews — and everyone else — as pieces on a grand anti-imperialist chessboard have led Livingstone to some dark political cul-de-sacs. Press TV, the channel run by the Holocaust deniers and anti-Semites of the Iranian government, is not somewhere a self-described socialist should find himself accusing Jews of practising “racial exclusiveness.” Livingstone’s alliance with London’s de facto representatives of the Muslim Brotherhood means that to this day he defends Yusuf al-Qaradawi as a moderating influence, despite Qaradawi’s claim that “every Jew in the world” is an enemy of Muslims to be fought in a final apocalyptic battle between “all Muslims and all Jews,” all over the world.

When Livingstone lost his mayoralty in 2008, many of London’s 200,000 Jews breathed a sigh of relief. This year’s election campaign has been a reminder of what the next four years may have been like had he won it back. London’s Jews, whichever political party they support, will be hoping that this latest defeat means they can return to the politics of “Yes, we can.”

Dave Rich is deputy director of communications at the Community Security Trust, www.thecst.org.uk