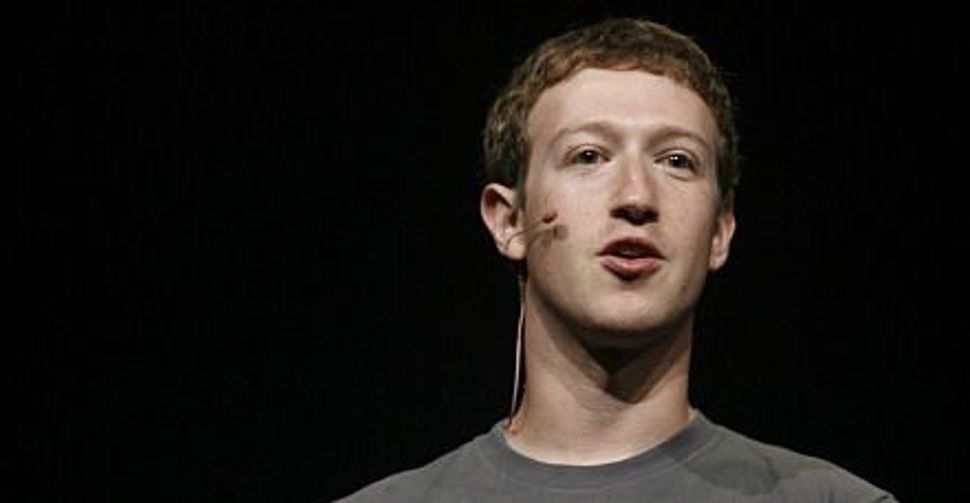 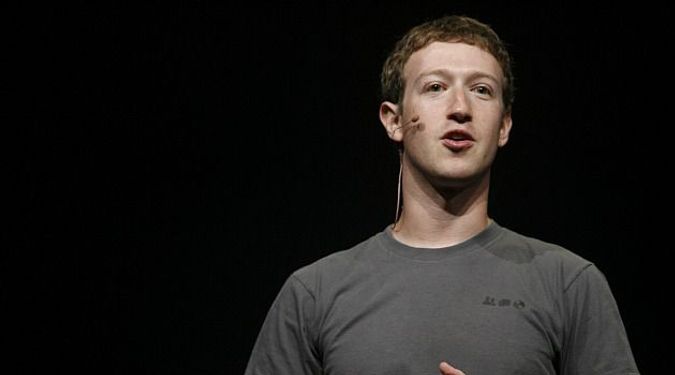 Lessons of Zuckerberg: Jews could learn from the Facebook chief?s spiritual journey away from the Judaism in which he was raised. Image by getty images

The disastrous recent Facebook IPO may have deepened investor distrust of stocks. Hilary Kramer, a stock analyst, told me, “The investors thought they’d be able to make a quick round-trip like in the Internet days, when stocks would rise 100% within seconds of commencing trading.” While I sympathize with their plight, my concern lies elsewhere.

As a Reform rabbi, I think very little about these financial questions. But Facebook’s presence in the news — and Mark Zuckerberg’s skyrocketing prominence — has got me pondering the Reform synagogue and the long-term impact of the Reform Jewish religious experience on children growing up in these types of Jewish congregations. From what we know about Zuckerberg’s religious beliefs and current orientation, it would seem that he is another alienated graduate of the Union for Reform Judaism alumni club.

Let me be clear: I am not personally criticizing Zuckerberg. Individuals can do whatever they want, and Zuckerberg is no exception. Plus, there is absolutely no indication that if he is rejecting the Reform Judaism of his youth, it is because of any malice or vindictiveness. Rather, if — and I stress, if — he has lost interest in Judaism, it is much more a reflection on us than it is on him. For those in the Reform movement and for those who are committed to non-Orthodox American Judaism generally, we need to take the sudden interest in Zuckerberg’s personal life as an opportunity to perform cheshbon hanefesh, to take an accounting of our accomplishments and, as in this case, our failings.

While I could not find any direct quotes in which Zuckerberg disavows the God of Israel, either the omnipotent, omnipresent version or even the “still small voice within us” humanistic variant, he reportedly labeled his religious beliefs on his Facebook profile as atheist. Here, too, I could not confirm this myself, because the current version of his profile does not include any information on religious views. Maybe he made that category private, as he has every right to do.

This is not a criticism of Temple Beth Abraham in Tarrytown, N.Y., where the Zuckerbergs were members. Coincidentally, I had been scholar in residence at this congregation a few years ago, and I found them to be sincere and devoted. Their rabbi, David Holtz, was exemplary. The Zuckerberg family joined that Tarrytown congregation and sent their son to the synagogue’s religious school.

So how does a devoted Jewish family attending an exemplary Reform synagogue have a young man come out of that experience with no discernible interest — not even to speak of commitment — to the Judaism with which he had supposedly been raised. As Holtz wrote me, “His parents have been members for a very long time and are lovely people.” After his bar mitzvah, “Mark continued through confirmation, and I took his family to Israel for one sister’s bat mitzvah on Masada.”

But as we are learning — and we had better learn this more quickly, before all the Mark Zuckerbergs in all our synagogues are chased away — concern and involvement are not enough. We need to have a clear religious faith that we can convey to our young people in a way that is compelling and convincing. I have always believed that a liberal theology that overemphasizes personal autonomy is a recipe for disaster. So, too, is an exclusive focus on Jewish ethnic identity at the expense of Jewish religious belief.

Zuckerberg joined a Jewish fraternity, Alpha Epsilon Pi, at Harvard University. According to The New Yorker, it was there that he met his wife, Priscilla Chen, at a Friday night party at his fraternity house, and the two began talking while waiting in line for the bathroom. This scenario presents a number of dilemmas. It would be hard for me, as a Reform rabbi, to tell a congregant that he or she should not attend a party on a Friday night, especially when that party is being held at a Jewish fraternity house. I would urge the person to attend Kabbalat Shabbat services first, but I would have to recognize that for Reform Jews, the 25 hours of the Sabbath are not going to be devoted entirely to sacred concerns.

Also, as a Reform rabbi, it would be hard for me to tell a congregant not to date anyone who was not already Jewish. I would urge congregants to talk about their commitment to Judaism with any potential romantic interest and make it clear from the beginning that Judaism is an important and hopefully central part of their life. But it is simply impractical to tell single people to restrict their dating gaze to those who are of the Jewish faith. Even if we wanted to say such a thing, the reality in our congregations would make such exhortations antiquated and irrelevant. As we all know, many of the most devoted Reform Jews are non-Jews who married Jews and embraced Judaism later, sometimes years or even decades later.

We do not know very much about how Zuckerberg feels regarding his Judaism. We can hope that Mark and Priscilla Zuckerberg will find a friendly Reform synagogue and become involved in its activities. We can hope that his declaration of atheism was or is a part of youthful rebellion that will fade with time. (Some may argue that his atheism is not a barrier to Jewish communal involvement, but I do not share that view.) We just have to wait and see.

Unfortunately, even if the Zuckerbergs become super Jews over the next couple of decades, as his background suggests might be possible, it still will not change the fact that we are losing huge numbers of young people who have gone through all the educational and religious requirements set down by their Reform synagogues. Maybe the expectations we have had of these young people were not enough.

We failed Zuckerberg and will continue to fail young people like him because the pluralistic theologies of Reform Judaism articulated since the 1960s make it difficult to grasp what we Reform Jews believe on any given issue. Our faith is too amorphous. Math and science nerds, in particular, may be the type most likely to bolt. This is ironic because one of the raisons d’être of Reform Judaism was to create an approach to Judaism that would be scholarly and scientific. But we have lost our way, ignoring scholarship in favor of any type of “spirituality,” no matter how vacuous.

We need to urgently re-evaluate the worldview we are inculcating and whether it is in the best interest of keeping our form of practice and belief alive. A bright young man like Mark Zuckerberg, raised in a serious Reform synagogue, should be a devoted Jew today. We need to ask ourselves why he is apparently not committed to the God of his ancestors, and to take drastic steps to rebuild our religious ecosystem.