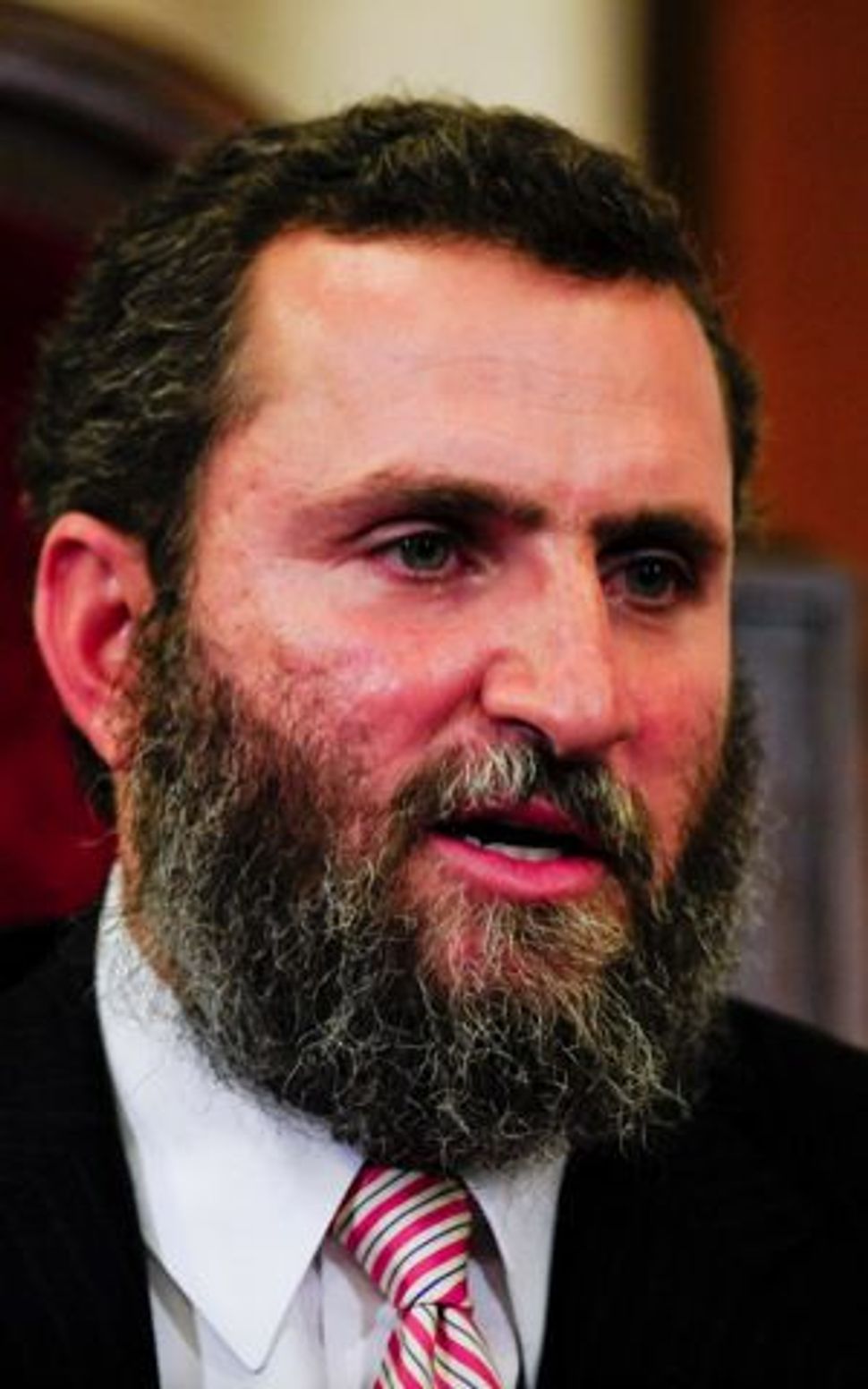 Democrats consider the district safe, meaning they do not feel it is in danger of falling into Republican hands and most Jewish residents of the newly-drawn 9th district, which includes Bergen, Passaic and parts of Hudson counties, are also seen as leaning heavily toward the Democratic side.

For them, Steve Rothman was an ideal candidate. One of the top players on the pro-Israel scene, a moderate in his views, and well known to his fellow Jewish constituents.

His rival, and now the Democratic candidate, Bill Pascrell has less of a track record with the Jewish community. He previously represented a district with a more significant Muslim population and had less contact with Jewish voters and activists.

Pascrell will be facing in November Rabbi Shmuli Boteach, the winner of the Republican primary. Boteach, who aims to be the first rabbi elected to Congress, is well known both within the Jewish community and outside. A rabbi to the stars who has broadened his reach to write about sex, family life, and Jesus Christ, Boteach is hoping to win over Jewish voters who might have voted for Rothman but are now wary about Pascrell.

Pascrell came under fire by groups on the right for signing on to a J Street-sponsored letter in 2010 and for maintaining close ties with Muslim-American activists.

But these claims aren’t, as of now, having much of an impact on the race.

NORPAC, the powerful New-Jersey-based pro-Israel PAC, has decided to reserve judgment on the Pascrell-Boteach race. The PAC, which endorsed Rothman in the primary race, will not put up any of its own funds in favor of either of the candidates. However, the group will host fundraising event for Pascrell or Boteach if individual PAC members serving as bundlers for either campaign request them.

“Pascrell has his supporters in the Jewish community and Shmuley [Boteach] obviously has many Jewish friends, so each one will work with his own people,” said NORPAC president Ben Chouake. He described Pascrell’s record on Israel, as being “okay.”

“He has a 16 year record in which he voted the right way on all the key issues,” said a Democratic political activists involved in the New Jersey race. “He may not be a top leader, but he is pro-Israel.”

Pascrell’s challenge will be reaching out to Jewish donors for his campaign. Top dollar givers who are aligned with the American Israel Public Affairs Committee might be uncomfortable throwing fundraisers for a candidate who cooperated with their archrival J Street, although some, according to local activists, have already expressed their support. Pascrell will also try and go after NORPAC donors, who are known as leaning more toward the right on issues relating to Israel. The question of his religion, however, is not expected to play a role. “Jewish voters have gotten passed the ethnic pride issue,” said Chouake.

Much of this discussion, however, has little significance beyond Jewish circles. Given the strong Democratic leaning of the district, it will take more than a few Jewish swing votes to flip the seat.