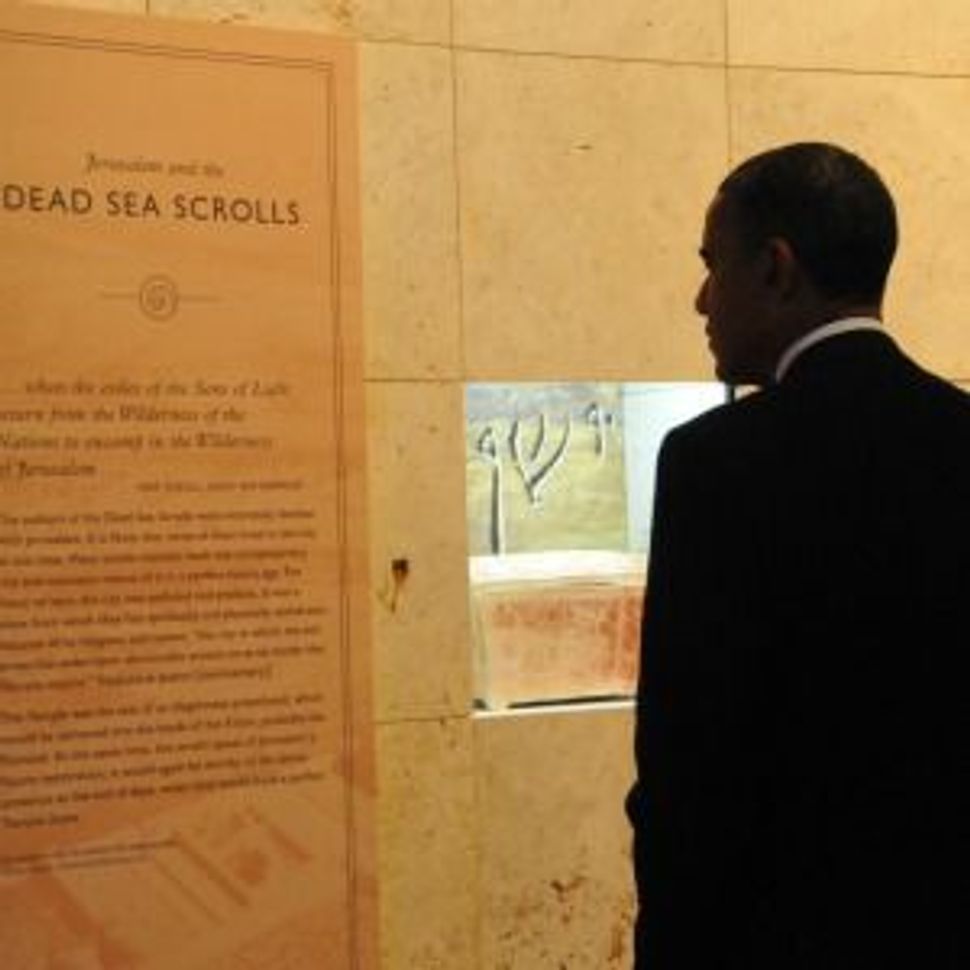 President Barack Obama stopped by the Dead Sea Scrolls exhibit during a visit to the Franklin Institute in Philadelphia. Image by Sabina Louise Pierce

President Barack Obama has been spending a lot of time recently with old Jewish documents.

First, there he took a look at 150-year-old papers documenting the Jewish community’s appeal to President Abraham Lincoln. They hoped to get Lincoln to overturn an order by General Ulysses Grant to prevent Jews from serving in the military department (the White House even put on display a receipt of donation Grant later made to a local synagogue in Washington, after acknowledging his mistake.)

Then, Obama received a copy of George Washington’s 1790 famed letter to the Jews of Newport, R.I., in which the first president promised tolerance to Jews and freedom of religion in America.

And now, the President is getting a chance to check out the Dead Sea scrolls, perhaps the most important written documentation of ancient Jewish life in the Land of Israel. During a visit to the Franklin Institute in Philadelphia on Tuesday, Obama stopped by an exhibit of the Scrolls. Not surprisingly, his reelection campaign was there to take a photo and to spread the word about his immersion in Jewish history.