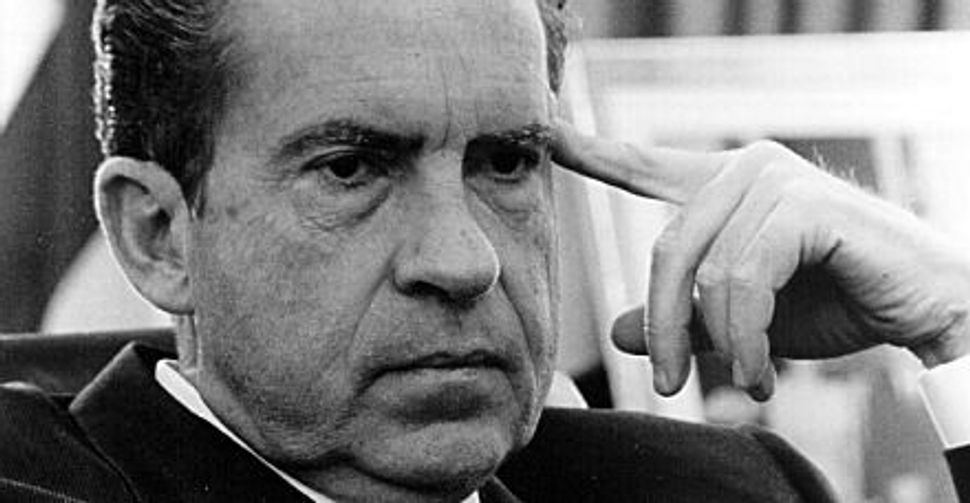 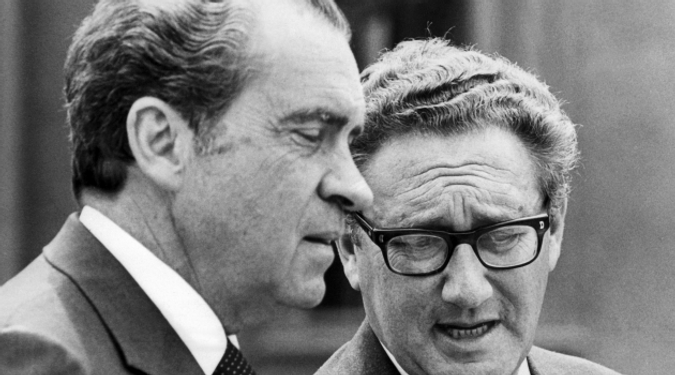 Will the extent of our 37th president’s anti-Semitism ever cease to shock?

Just when it seems we might have arrived at the last recorded utterance of “Jew boy” (sometimes said in front of Henry Kissinger, the Jewish secretary of state), there are new tapes to endure. The latest piece of evidence to add to the psychological profile of Richard Milhous Nixon comes from the duo who were his greatest tormentors, Bob Woodward and Carl Bernstein. They have joined forces again for the first time in 36 years.

In a comprehensive Washington Post article meant to stave off any revisionist history about Nixon’s own role in the corruption that came to characterize his disgraced tenure, Woodward and Bernstein also remind us what the president thought of Jews. Nixon would often tell his aides — again, including Kissinger — that “the Jewish cabal is out to get me.” And, in one conversation quoted from the tapes by Woodward and Bernstein, Nixon says the following to H.R. Haldeman, his chief of staff, on July 3, 1971: “The government is full of Jews. Second, most Jews are disloyal. You know what I mean? You have a Garment [White House counsel Leonard Garment] and a Kissinger and, frankly, a Safire [presidential speechwriter William Safire], and, by God, they’re exceptions. But Bob, generally speaking, you can’t trust the bastards. They turn on you.”

Reading these words — and, even worse, hearing them spoken in the Oval Office — is a sobering experience. At the same time, it’s also gratifying to know that in Nixon’s case, his paranoia and all-consuming rage were not limited to just Jews. He saw enemies everywhere and was willing to try and subvert the rule of law in order to triumph over them. The anti-Semitism was just a symptom of his dark pathology. And, in the end, it brought him down.

At the close of their article, Woodward and Bernstein remind us of some of Nixon’s strangely self-aware last words as he bade farewell to his White House staff. “Always remember,” he told them, “others may hate you, but those who hate you don’t win unless you hate them, and then you destroy yourself.”

And destroy himself, he did.