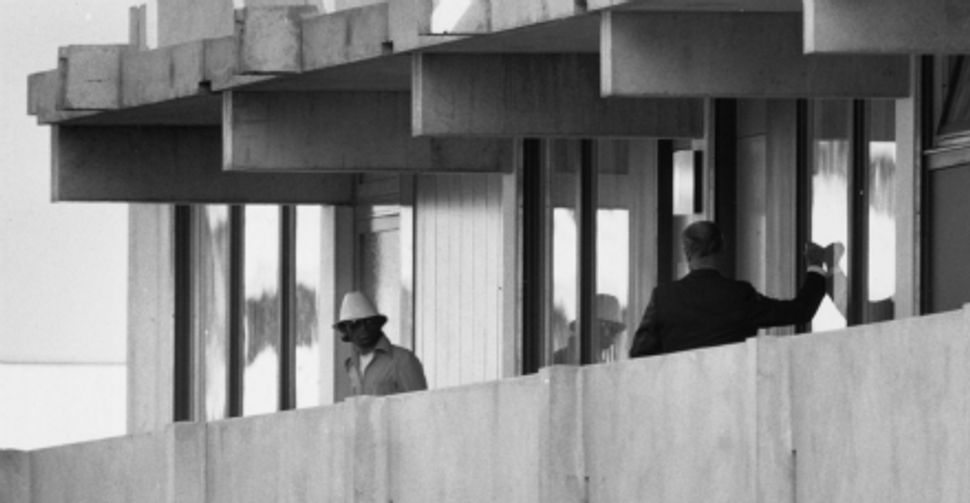 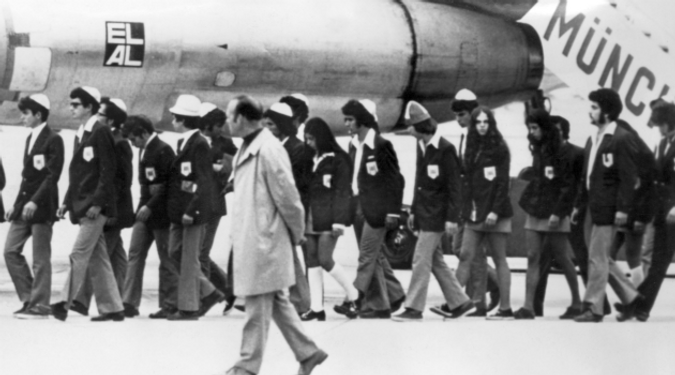 We Are All Munich: The world was united in mourning the victims of the 1972 Olympic massacre. They should be remembered not so much as Israeli victims, but as Olympic athletes. Image by getty images

Recently, I sat with my sons in our Tel Aviv apartment and watched a documentary about the massacre at the Munich Olympic Games in 1972. Five days before the end of the games, eight Palestinian terrorists from the group Black September broke into the Olympic Village, killing two Israelis and taking nine others hostage. The Palestinians demanded the release of more than 200 prisoners from Israel. In an ensuing battle, all nine Israeli hostages were killed.

My oldest son, Tom, who is 11, was completely engrossed in the documentary. I noticed his face twitching the way it sometimes does when he’s nervous. Tom is a sportsman. He’s been sailing competitively for two years. It’s too soon to say if he is Olympic material (I suspect he’s more suited for the Math Olympics), but that’s what he’s working toward. He spends every weekend at sea and every school holiday competing. He understands the devotion it takes to get to the Olympics. He knows the passion of yearning for gold.

“The terrorists just killed all of them,” Tom told me when the documentary ended. Then he shared more details he had learned, as if repeating the facts would somehow make the story more believable. “How could something like that happen?” he asked.

2012 marks 40 years since the massacre. Since 1976, Ankie Spitzer, widow of murdered fencing coach Andre Spitzer, has been asking the International Olympic Committee to honor the memories of the murdered with a moment of silence at the opening ceremony of the Olympic Games. All her requests have been denied.

As the 2012 Olympic Games approached, Spitzer began to circulate a petition, which more than 70,000 have signed, requesting yet again that the IOC observe a moment of silence for the 11 victims during the 2012 London Olympics.

Israel’s deputy minister of foreign affairs, Danny Ayalon, sent an official appeal to the IOC. In May, his request was denied. “The International Olympic Committee has held official memorials for the athletes a number of times,” IOC President Jacques Rogge wrote. “The memory of the victims of the horrible slaughter in Munich in 1972 will never fade in the Olympic family.”

But memories do fade. Had my son not, by chance, seen a documentary about the Munich 11, he would not think of them in this summer’s Olympic Games. And having a small ceremony for the families of the slaughtered, attended by a few members of the IOC, will not help to keep alive the memory of the massacre. Nor will any plaque or memorial statue. Dedicating a moment of silence in front of the estimated 4 billion people who are expected to watch the opening ceremony of the Olympic Games will.

When Ayalon asks for a moment of silence, it seems clear that he is doing so with a motive: He wants the world to acknowledge that Israelis were murdered. If the heads of the IOC were to honor his request, they would see themselves as making a nationalistic gesture, providing a public relations win to Israel at a time when its policies have increased its isolation.

But the so-called “Olympic spirit” is supposed to be above politics. “No kind of demonstration or political, religious or racial propaganda is permitted in any Olympic sites, venues or other areas,” Chapter 5 of the Olympic Charter states.

In the apolitical spirit of the Olympics, then, the IOC should commemorate not the 11 Israeli athletes who were killed, but the 11 Olympic athletes. I do not object to the IOC’s decision to decline Ayalon’s request, I object to its decision to reject the request of Spitzer. The pleas of the widows and children of the dead are emotional, not nationalistic. This also seemed to be the opinion of the United States House of Representatives, whose Committee on Foreign Affairs passed a resolution June 7 that, favoring a moment of silence, stated, “The murdered athletes were not only Israelis; they were Olympians, killed not in Jerusalem or Tel Aviv but at the Olympics itself. Their murder was an attack not only on the Israeli Olympians and on Israel, but on the Olympics.”

In not allowing a moment of silence, it is the IOC that is casting a would-be apolitical situation as a political one. The decision doesn’t just turn its back on the families of the murdered athletes, it turns its back on the Olympic Spirit itself and destroys its validity. If there is such a thing as an Olympic family, as Rogge claims, then this family should stop to remember its own fallen members. Eleven murdered Olympians. No mention of state is necessary. No flags need to be waved. Just allow 60 seconds of silence for 11 powerful Olympians who arrived in Munich to compete for gold and instead were riddled with bullets.

Jessica Apple is co-founder and editor-in-chief of the diabetes lifestyle magazine A Sweet Life. Her work has appeared in many publications, including The New York Times Magazine.