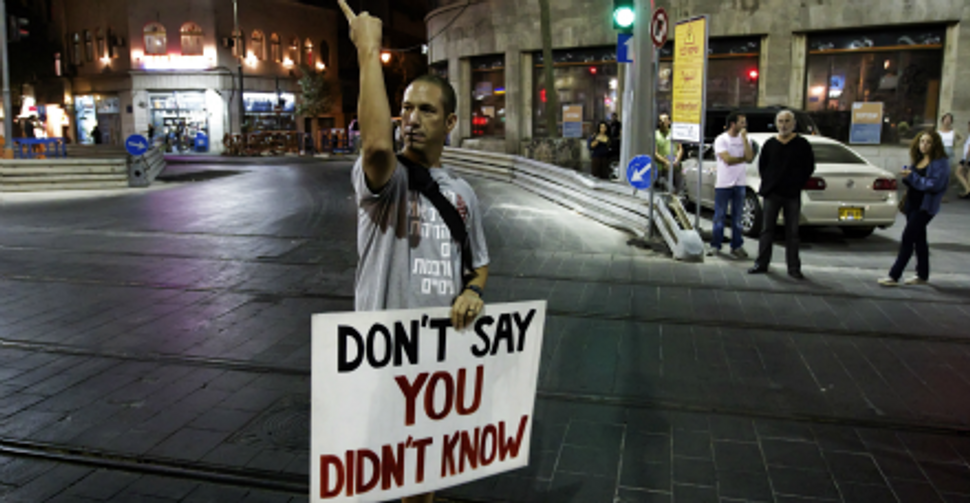 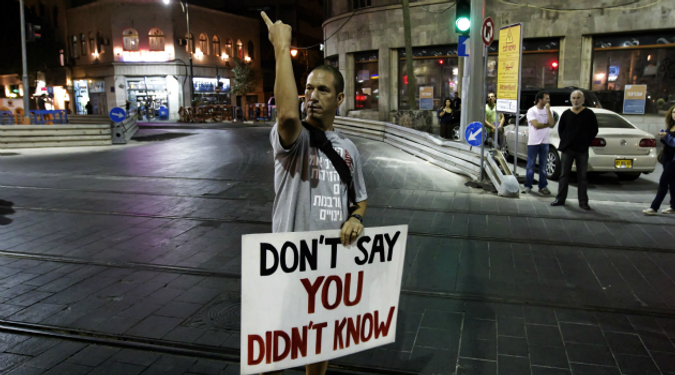 ‘I am obligated to uphold the law and preserve the settlements, and I say here that there is no contradiction between the two.”

Anyone aware of Israeli Prime Minister Benjamin Netanyahu’s statement in early June can be forgiven a despairing reaction. Only the prime minister and the dwindling number of supporters of Israel’s settlement enterprise really believe that the statement does not violate international law. Legal scholars in Israel and throughout the world cite the Geneva Conventions and subsequent instruments to demonstrate that colonizing occupied land is illegal. Only the contortions of a few right-wing legal scholars still attempt to claim otherwise.

But before we shrug our shoulders and turn away from this latest example of doublethink, let’s look more closely at how the norms of international law are affecting even Israel’s intransigent leadership.

Netanyahu’s remarks were made in the middle of a political maelstrom. He opposed legislation that would have retroactively legalized construction on private Palestinian land — most notably in the Ulpana neighborhood of the Beit El settlement — and thereby would have nullified a firm decision of Israel’s high court to vacate these units. Despite a wave of protest from the settlers and their political representatives, the prime minister imposed coalition discipline; the proposed bill was soundly defeated.

Many commentators saw politics at play, and indeed that was a huge factor. With a governing coalition of 94 Knesset members, Netanyahu can afford, at least for the time being, to anger his extreme right flank. But news reports about the process leading up to the bill cited another reason: The prime minister knew that if a high court decision protecting Palestinian property rights was nullified, then not only would the government be undermining the rule of law inside Israel, but its leaders could also face legal action under international law. Specifically, according to the opinion of the attorney general, if this legislation had passed, Israeli officials could face criminal indictment at the International Criminal Court in The Hague.

For those aware of the past three years of attacks on Israel’s human rights community, such sensitivity to international human rights law is no small thing. Since this government came to power, official attempts to penalize and defund human rights groups have advanced without shame or pretense. Human rights activists have been threatened more than once with parliamentary investigations and have been denounced as anti-Zionist or worse. Unfortunately, the politicians leading these campaigns have significant public support. A survey of Jewish Israelis in 2010 showed that more than half agreed that human rights organizations that expose improper conduct by Israel should not be allowed to operate freely.

As president of the largest private funder of human rights groups in Israel, I am deeply concerned about these issues. And it is hard to explain to Americans, for whom the free operation of civil society is a given, just how contentious the arguments in favor of human rights are in Israel. For some time, Israeli democratic norms have been threatened by a tyranny of the majority. If that majority believes that citing human rights law against Israeli policy is troublesome, then silencing those who inconveniently monitor, investigate and report human rights violations appears to be the appropriate answer.

Yet the prime minister seems to have recognized Israel’s legal jeopardy. With a history of antagonizing the United States and the European Union, the United Nations and the Palestinian Authority, and human rights organizations both Israeli and international, when it came to issues of international law, even this government could not proceed against its own high court decision with so much impunity.

Of course, the decision came with caveats.

The refusal to pass this law doesn’t mean that there should not still be an international outcry against the measures the prime minister had to put in place to appease the law’s opponents. These included the authorization of 851 additional units in Beit El. Even though one decision is law and the other is policy, both constitute a blatant violation of international law, since the settlements in their entirety continue to operate in contravention of acceptable norms.

This is, therefore, but a small victory. But as supporters of human rights who are walking into a gale-force wind in today’s Israel, we appreciate these victories. The activists of the Association for Civil Rights in Israel, B’Tselem, Physicians for Human Rights, Adalah, Peace Now and a dozen other organizations are in some sense the front-line fighters for Israeli democracy, struggling for an Israel whose own democratic institutions will hold it accountable and whose own moral sense will determine its future.

By constantly reminding our government of its obligations according to international law, and of the human, legal and moral cost of 45 years of occupation, human rights activists are guarding the last barrier against Israel’s complete global marginalization. And by working to preserve compliance with the decisions of Israel’s democratic institutions, human rights groups are actually guarding the rule of law and the country’s sovereignty against those who want to seek justice elsewhere. Israel already faces international obloquy; it cannot run the risk of what should be the most threatening prospect for Jews: exile from the ranks of thriving democracies, resulting in relegation to the status of international pariah.

The five buildings in Ulpana that were not legally legitimized are a blip on the settlement landscape. But the government’s yielding to the potential authority of international law, in a country that prides itself on going it alone, is still significant. With the support of lovers of Israel worldwide, those who understand that there are human rights above and beyond the tyranny of any elected majority can eventually triumph.

Naomi Chazan is a former deputy speaker of the Israeli Knesset, dean of the School of Government and Society at the Academic College of Tel-Aviv-Yaffo and outgoing president of the New Israel Fund.