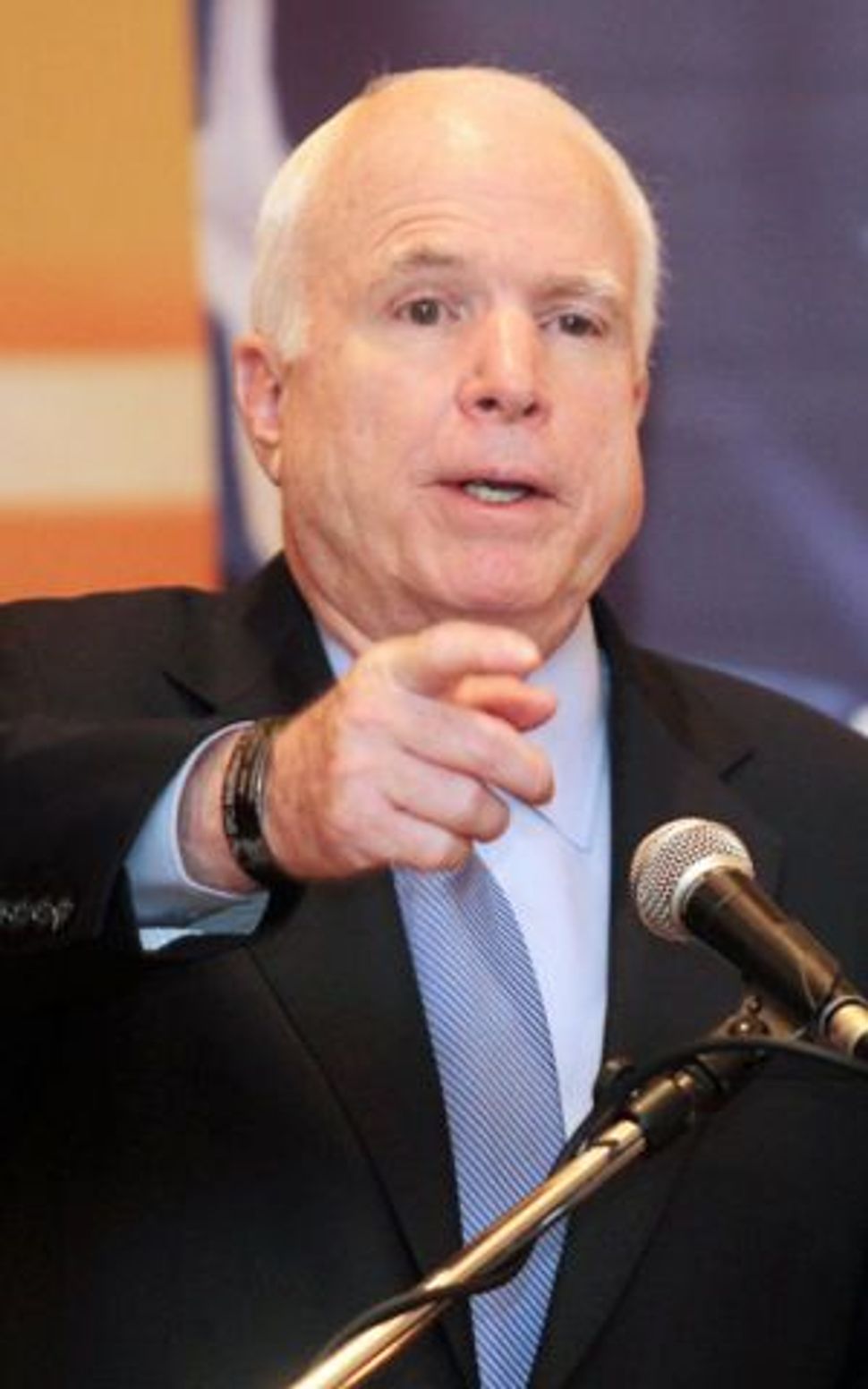 Jewish Billionaire Sheldon Adelson’s recent pledge to pour $10 million into the Romney campaign coffers as part of a “limitless” cash infusion has shaken up the race for campaign dollars and is now coming under fire from an unexpected front — Romney’s own supporters.

Senator John McCain, who was the Republican presidential candidate in 2008 and has been campaigning for Mitt Romney in recent months, raised a question even Democrats did not think of: Is Sheldon Adelson’s donation in fact a use of foreign money in the American political campaign?

“Much of Mr. Adelson’s casino profits that go to him come from his casino in Macau, which says that obviously, maybe in a roundabout way foreign money is coming into an American political campaign,” McCain said in an interview on PBS’s News Hour.

Adelson, a top supporter of Israel’s Benjamin Netanyahu and a major donor to the Republican Jewish Coalition, owns three casinos in Macau, a territory which is under the control of China. Profits from these Chinese casinos, alongside those from his hotels, conference centers and gaming facilities in Las Vegas, have made Sheldon Adelson the eighth richest American, with a personal wealth estimated at nearly $25 billion.

In previous years, when the question of foreign money making its way to political campaigns came up, allegations had to do with direct and clear attempts by foreign individual or entities to influence the political outcome. Such was the case in 1996, when President Clinton was criticized for receiving donations from Chinese agents.

Despite McCain’s remarks, there does not seem to be any evidence that Adelson’s donation to Romney’s Super Pac could be traced back to any foreign officials or to attempts by the Chinese to influence U.S. elections. McCain is a longtime critic of the Citizens United Supreme Court ruling that allowed the creation of Super Pacs. Adelson initially supported Newt Gingrich through major donations to his Super Pac and has thrown his support behind Romney after Gingrich dropped out of the race.