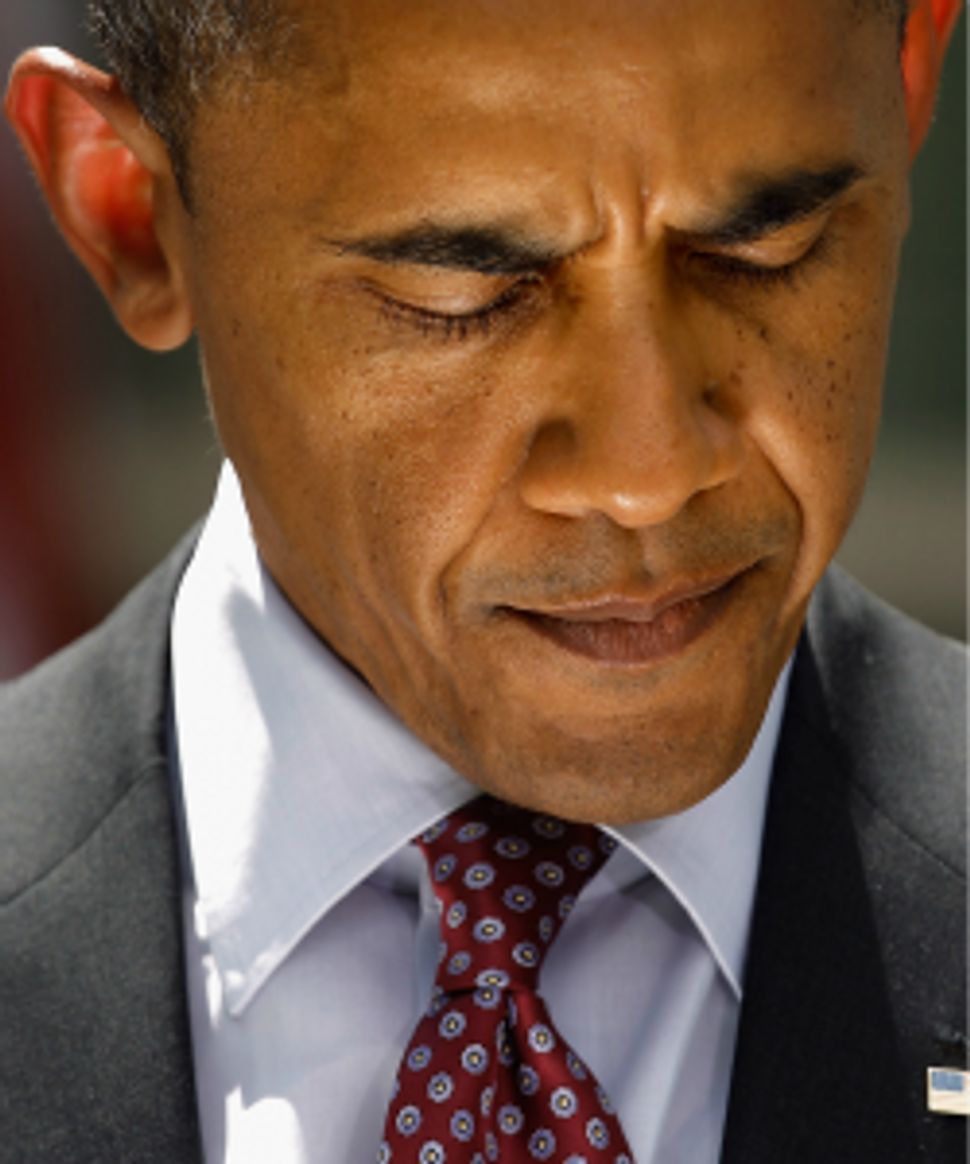 That’s one finding in a poll released last week by Siena College, and backed up by months of similar reports from the same organization.

The monthly survey of New York State voters breaks out the Jewish vote from the non-Jewish vote. The sample size of Jews is small, fewer than 100 in each poll, so fluctuations in responses from Jews don’t mean much. But while Jews do say they plan to vote for Obama over Romney — by 51% to 43% in the June poll — they don’t seem to support him in numbers much greater than the general population.

Again, the month-to-month fluctuations are likely insignificant here. What’s notable is that Obama doesn’t seem to be doing any better among Jews in New York than among non-Jews. That’s surprising on its face, given that New York Jews have long been defined by a reputation for liberalism.

The Siena results may be less of a bad sign for Obama than they are a reaffirmation of what we learned last week — that New York’s Jews aren’t that liberal anymore. One of the most stunning findings in the UJA-Federation survey of New York-area Jews was that in New York City itself, the majority of Jews live in either Orthodox or Russian-speaking homes.

The newfound dominance of those communities, both of which are more politically conservative than other Jewish groups, could challenge the notion that the New York Jewish vote is a liberal vote — or even a Democratic vote.

This won’t mean much in the presidential election, where Obama is in absolutely no danger of losing New York. As Sheinkopf points out, though, it could lead to an absolute earthquake in state politics.