Poverty in the Orthodox World 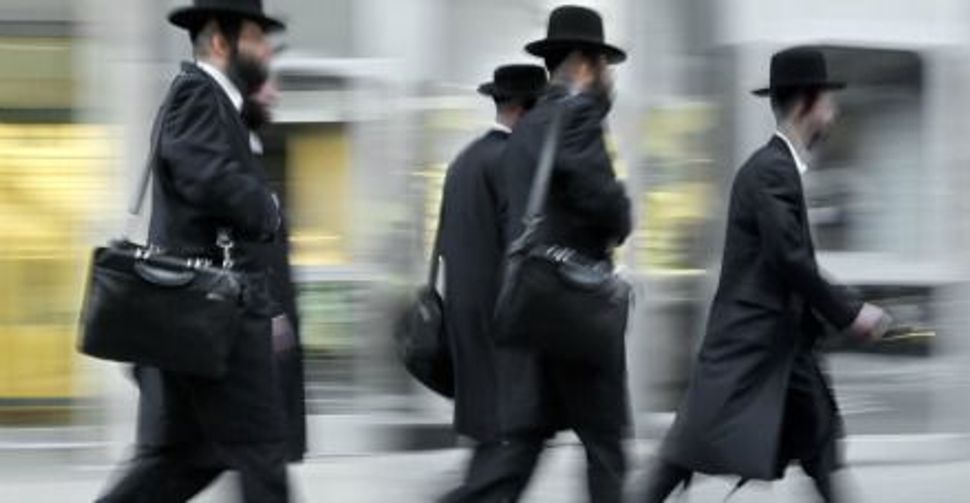 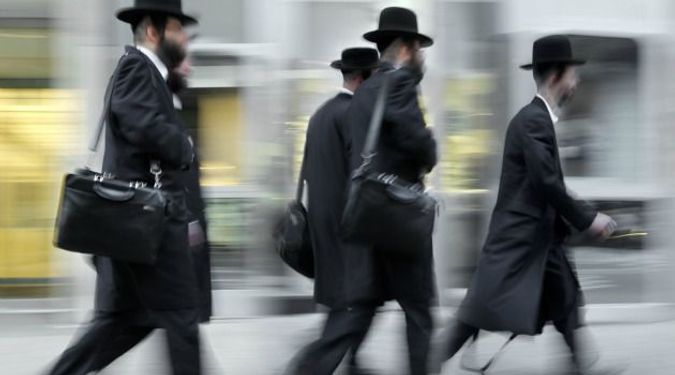 Different Lifestyles: Some people blame Hasidim for volutarily becoming poor. But they may be overlooking cultural and religious factors that shape the Hasidic way of life. Image by getty images

I am writing as the executive director of a network of kosher soup kitchens, as a Hasidic man and resident of Boro Park, Brooklyn, as a working American citizen who might be thought of as “uneducated” by secular standards, and as a Jew, to weigh in on the survey just released by UJA-Federation of New York suggesting that New York’s Jews are more numerous, less educated, more religious and poorer than they were a decade ago. It seems to me that much of the discussion in response to this survey is an attempt to come to terms with the reality of two clashing worlds. This study only confirms what has been known for a long time: The Orthodox are growing in numbers, while the religious middle, as well as secular Jews, is shrinking, and an enormous gap now exists between these two populations. I can’t overstate this gap. When it comes down to it, our visions of life, our theology and the very basics of how we live are incompatible, and many of those differences are difficult to understand and make it hard to sympathize with the other side.

To talk about poverty, we need to confront the myriad issues that make the Hasidic lifestyle vastly different from the secular lifestyle. And at the end of the day, no matter how much we can try to explain these differences, there are many issues on which we may never see eye to eye. But despite this I would like to try, in a personal way, to address the issue of poverty in my world in the hopes of bringing us slightly closer to at least understanding where our differences lie.

I think that it is important to divide some of these differences into practices and beliefs that are non-negotiable for a religious person and those that are negotiable. For instance, when secular people criticize us for our large families, they are addressing a reality that stems in large part from our religious belief and therefore is hard to negotiate. Meaning, we base our opposition to birth control on theology and on Halacha that offers us little wiggle room when it comes to controlling family size. On the other hand, if we are to address how Hasidic men and women can earn more money to support their large families, there is much that is negotiable, and a lot of room for advancement.

Take education, for instance — another hot topic that often raises a lot of vitriol. There is nothing in our religion that forbids education. What makes it hard for Hasidic Jews to get a secular education, such as attending university or trade school, is the setting. Most higher education institutions are not geared to accommodate Hasidic culture; however, there are now several educational institutions that cater to religious and Hasidic people. Every evening, when I walk home from work and it is dark outside, I pass the Touro College building in Boro Park (which in Hebrew is called Machon L’Parnasa, meaning “institute for earning a living”) and the classrooms are all lit up and full of young religious men and women (although segregated) studying a wide range of professions. These types of programs are still relatively new in our world, but they are growing. And I expect that 10 years from now, when another study of this kind is conducted, there will be many more Hasidim holding degrees in a variety of fields.

It should also be said that one of the main contributions of the theology of the Baal Shem Tov (the founder of Hasidism) was his insistence that the tailor is equal to the scholarly rabbi who studies all day, as long as he puts his heart into his work and does it honestly and to serve his creator. Therefore, you will find New York Hasidim in every trade. Men who work are in no way considered second class, nor are they any less Hasidic than men who study. And the notion that women don’t work because they are busy taking care of their children should also be reconsidered. Like in any community, there are women who work and women who don’t. All the women in my office have families and still manage to work. The businesses that surround our offices on 14th Avenue, such as the toy store Double Play, the furniture store Vintage Decor and Crown Dry Goods, are all run by women. And Hamodia, the only Orthodox Jewish daily, is owned and published by a woman.

So when it is suggested, as it was in a recent Forward editorial, that the Orthodox poor are poor by choice, I wonder what that actually means. Is choosing to be religious a choice that we should abandon? Because other than that choice, I think the community is choosing to fend for itself and struggle against poverty. When you talk about Orthodox poverty, you are largely talking about the working poor, men and women who work to support their families but still don’t earn enough to do so.

Critics of the community see this type of poverty, which is often alleviated by welfare or other social services, and wonder why American taxpayers should pay the bill for a religious way of life. But I find it strange that there is so much scrutiny of government subsidies for the poor but no similar urgency with regard to all the various subsidies that middle- and upper-class people get, from tax breaks for home ownership to subsidies for corn farmers that end up affecting the cost of soft drinks, not to mention all the bailouts of the 1% at the top. Poor Hasidic families never receive these subsidies, which add up to a lot more than food stipends for the poor.

There is, of course, a type of poverty that we see in our soup kitchens that should be the concern of everyone, regardless of one’s feelings about Hasidim. Our clientele are people on the fringe, whether it be on the fringe of the secular or even non-Jewish world, or the Hasidic world. They are men and women without any family, or mentally and/or physically disabled, or who have a host of other problems that have landed them on the outside of their community and in need of emergency food. We deal with the few hundred most extreme situations, not with the mainstream, stable poor. And these are cases that probably everyone can agree could use our help. That explains the support our kitchens get from a very diverse group of volunteers and donors, both secular and religious Jews, and from non-Jews of every ethnicity who make it possible for us to continue to serve emergency food on a daily basis.

We have always had a “No questions asked” policy, meaning that we serve anyone who walks in our doors. So when the word “undeserving” is used to refer to children who benefit from food stamps or WIC because of their parents’ “choices,” I find it unacceptable. You can argue against a way of life, but I think we all, on both sides of that growing gap, can agree that the question of whether children, or adults for that matter, “deserve” help is not how the debate should be framed.

Alexander Rapaport is the executive director of the Masbia soup kitchen network.

Poverty in the Orthodox World