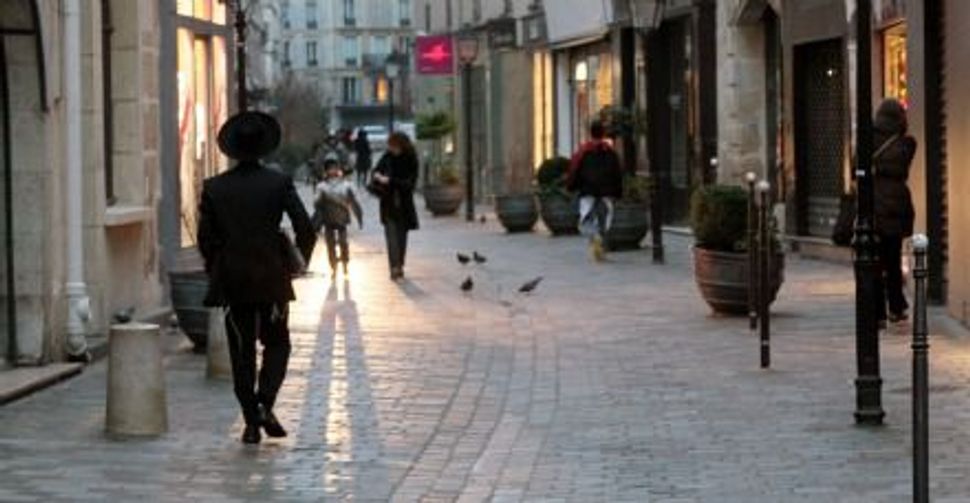 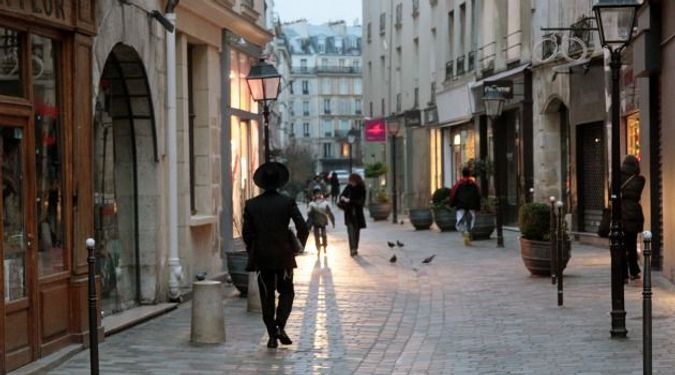 Along with other post-industrial nations, France has long struggled with structural unemployment. Seismic shifts in its economy has led France to tolerate a level of joblessness — currently more than 10% — that would have been unthinkable a generation ago. But as events in the wake of the horrific massacre at a Jewish school in Toulouse suggest, structural accommodations to other social changes once considered unacceptable may also exist in France. Many French Jews now wonder: Is it possible that a chronic level of anti-Semitism has simply become, like unemployment, part of the French landscape?

The brutal beating of three Jewish youths in a Lyons suburb in early June gives this question added urgency. After insulting and shoving the yarmulke-wearing students, a dozen or so young men attacked them with iron bars and hammers. One student had his skull cracked open, and all three were hospitalized. As for their aggressors, the three ringleaders have been arrested, but their identities have not yet been revealed. At the same time, a member of the newly installed Socialist government vowed that France would not tolerate religiously motivated attacks on its citizens or on its “republican model.”

This very model, however, seems increasingly fragile. All the more so with a study published in June by France’s Jewish Community Protection Service. In collaboration with the Ministry of Interior — which, unlike our interior department, runs the nation’s police forces — the SPCJ revealed that 148 anti-Semitic acts, ranging from vandalism to physical aggression, were reported from March 19, the day of the Toulouse bloodbath, to April 30. This contrasts dramatically with the same period in 2011, when there were 68 such acts. Here’s the bottom line: Compared with 2011, there was a nearly 50% increase.

Yet, more dispiriting than the swell of anti-Semitic activity is its sheer persistence. It is as if the French body politic has grown accustomed to a certain level of social and ideological toxicity. Ariel Goldmann, vice president of the Representative Council of Jewish Institutions in France, suggests that a “permanent threshold” of anti-Semitism has taken root in France. In an interview with the newspaper Le Monde, Goldmann worried that France cannot bring the number of such activities below 300 or so per year.

Refusing to “target a specific community or make generalizations,” Goldmann was careful not to lay the blame for these events on the doorstep of the French Muslim community. His restraint is admirable, yet the question of a “French intifada” is now widely discussed in French political and academic circles. In a book released earlier this year, “L’Intifada Française?” sociologist Marc Hecker tackles this very question. Hecker contextualizes the recent spasm of violence in France, recalling the frequently tense diplomatic ties between France and Israel since the Six Day War. He also traces how various civil institutions in France have opposing camps on the issue of Palestine, with both sides engaging in “diaspora nationalism” — namely, a community’s identification with a “mother country” its members have never known.

Hecker concludes that despite the most recent spate of anti-Semitic violence, there is little that is new under the French sun. “Whether we like it or not, the Israel-Palestine conflict has become a French affair.” And yet, going back to 1967 might not be far enough. Long before the birth of anti-Semitism associated either with anti-Zionism or with Arab nationalism, an earlier and ideological anti-Semitism flourished among important French writers and thinkers. From the writings of populist Edouard Drumont and anarchist theorist Pierre-Joseph Proudhon, nationalist Maurice Barrès and reactionary Charles Maurras, the hallucinatory Louis-Ferdinand Celine and refined Pierre Drieu La Rochelle, anti-Semitism has long claimed an honorable place in French culture and politics.

This older expression of anti-Semitism has been on the wane — the recent efforts by Marine Le Pen, leader of the Front National, to distance her party from the repeated anti-Semitic belches of her father (and founder of the party), Jean-Marie Le Pen, reflects this evolution. But as newer forms of this hatred now seem to be waxing, a student of structuralism might conclude that there is an abiding conceptual space in France for anti-Semitism, regardless of its hue or texture.

There are no simple answers to this situation, but this is not a reason for despair. Just as structural unemployment requires the sustained economic and moral intervention by the state, so, too, should the French state respond forcefully to the possibility of structural anti-Semitism. Job creation and professional training are critical in both cases; the staggering rate of unemployment among young French Muslims plays no small role in social unrest. When balanced against the moral imperative to better the lot of these young men and women, and the social consequences if they are ignored, fears of national indebtedness pale in significance.

But France must retool not just this lost generation, but its republican model, as well. The simmering tensions among religious and ethnic communities in France, spurring fear and hatred in all quarters, underscores the tattered state of an ideal of a nation of citizens without allegiance to either past religious or ethnic attachments. It is only when the true nature of the problem is acknowledged that a cure can follow.