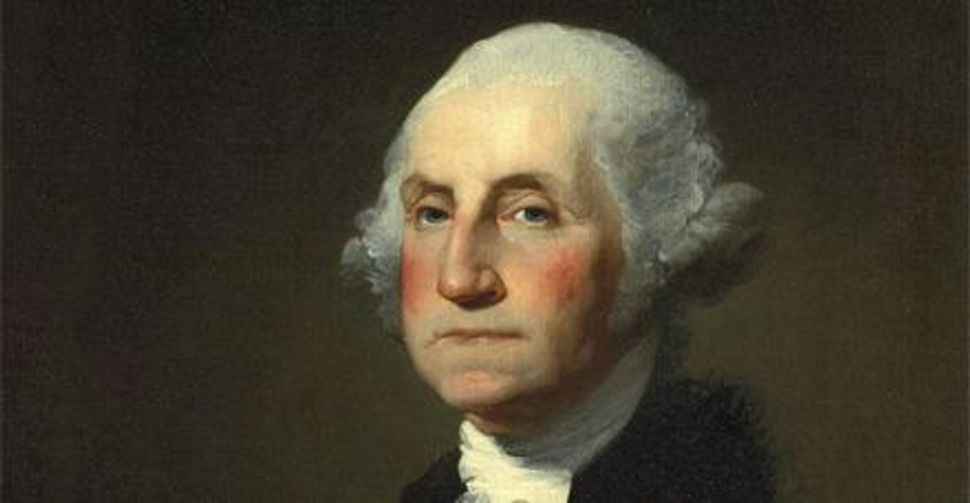 George Washington’s iconic letter written to the Jews of Newport, Rhode Island, in 1790 is finally on public display after a decade in the shadows. The timing of its emergence as the centerpiece of a new exhibit at the National Museum of American Jewish History in Philadelphia is exquisite. But then, it was bound to be.

America continually needs to be reminded of Washington’s words and the message they contain. These are not the worst of times for this country, not compared with the full-fledged economic depressions, civil strife and world wars of the past, but they aren’t the best of times, either. With Independence Day upon us, we’d do well not only to recommit ourselves to Washington’s famous promise but to dig deeper into what the words actually challenge us to do today.

That promise — of a government “which gives to bigotry no sanction, to persecution no assistance” — is most commonly translated as an affirmation of religious pluralism. Particularly in the context of NMAJH’s exhibit, where Washington’s letter is one of several period documents written to other faith communities, one can appreciate the courage of the nation’s founders as they struggled to define this pluralism. Remember that this was at a time when religious persecution was the norm in most societies and still practiced in many states.

Washington clearly felt there was room for everyone in the new nation, where all “possess alike liberty of conscience and immunities of citizenship.” (All, that is, except for the slaves.) Americans are asked only to “demean themselves as good citizens.”

Such embracing language goes beyond the boundaries of religion to a broader obligation toward tolerance. And what does that mean today? How would America behave if its government genuinely opposed bigotry and persecution?

We would have a far more humane and practical immigration policy than what exists right now.

We would ensure that children who are unlucky enough to be born in the wrong neighborhood have equal access to education and opportunity.

We would strip our public rhetoric of bigoted assertions about political candidates based solely on their faith or family heritage, welcoming the Mormon and the Native American and the man born of a Kenyan father as true Americans without equivocation.

We would make room for those who disagree even about deep-down, core emotional issues like abortion and same-sex marriage, even if those opposing views may seem abhorrent. Liberals and conservatives share blame here. Washington’s “liberty of conscience” obliges us to be way more accepting than we are.

“If we have wisdom to make the best use of the advantages with which we are now favored, we cannot fail, under the just administration of a good Government, to become a great and happy people,” Washington wrote elsewhere in the letter. His optimism was fueled by the cessation of war and the bright promise of creating a brand-new country based on what seemed then, and now, to be lofty ideals.

Optimism is in short supply this July Fourth. That may be one of our greatest losses. Read Washington’s words, and reclaim it.