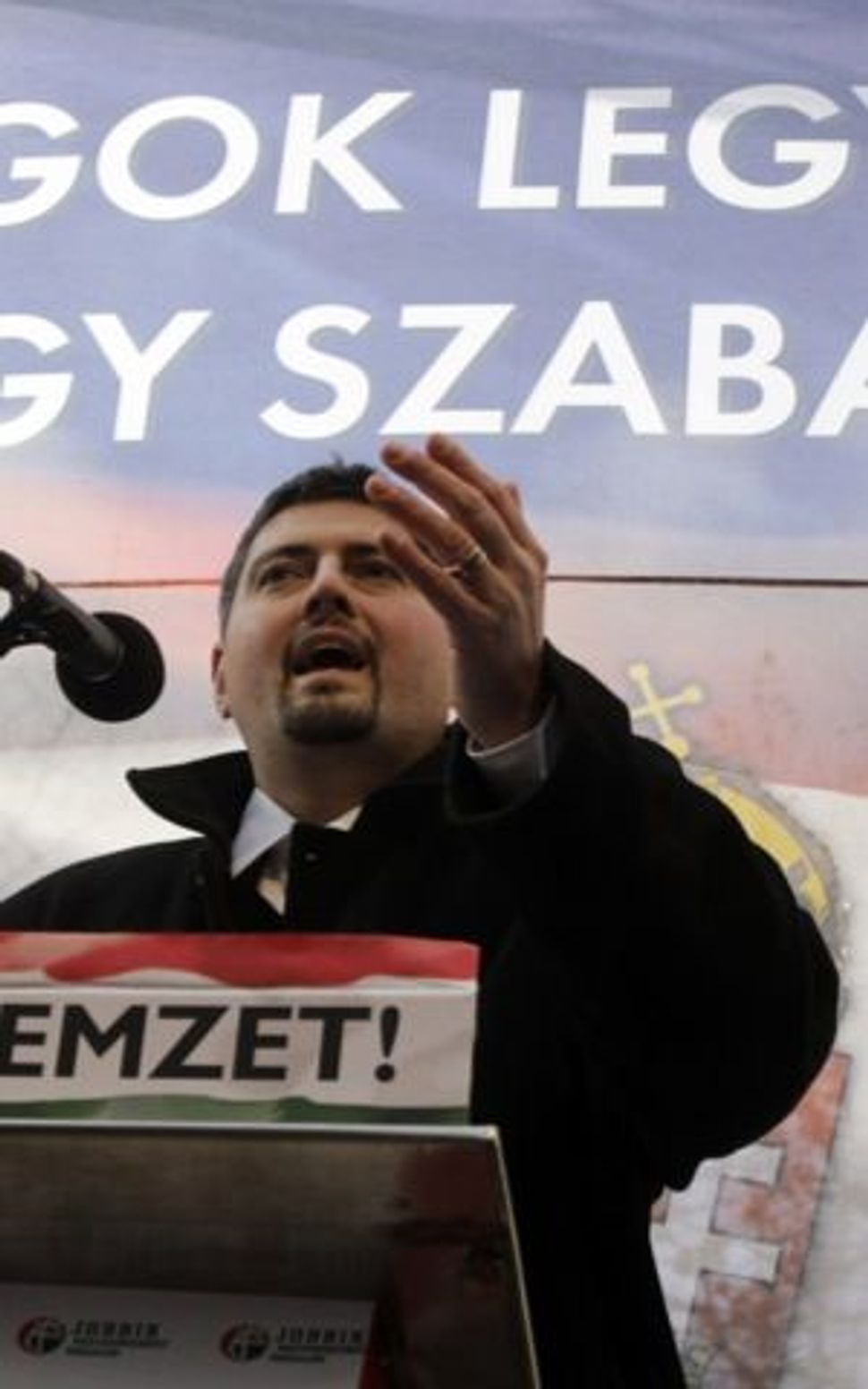 If history does act with cunning, as Hegel claimed, recent events involving Hungary’s extreme right wing Jobbik remind us that it does not always keep a straight face when doing so.

A better Hungary, according to Jobbik, the country’s third largest party, is a Hungary emptied of its Roma and Jewish communities. As a result, when a Jobbik deputy underwent genetic testing last month to prove his racial purity, the only surprise was that a scientific laboratory lent its name to the bogus enterprise.

Equally unsurprising, though for different reasons, was yesterday’s news that another Jobbik dignitary discovered that there was no need to undergo such testing. Csanad Szegedi, who serves as a Jobbik deputy in the European Parliament, was at a loss for words when he learned his parents were of Jewish origin. Worried that the discovery would crimp the anti-Semitic rants that had made him popular, Szegedi suggested that what made for a true Hungarian was not “racial purity” but “the way one behaves as a Hungarian.”

Among the many ways to behave as a Hungarian are the models offered by Nicholas Horthy and Ferenc Szalasi. As leader of wartime Hungary, Admiral Horthy behaved as a traditional anti-Semite, grounding his worldview in his Catholic faith; as leader of the fascist Arrow Cross, Szalasi behaved as a modern anti-Semite, persuaded that the Jew (and Roma) were racially inferior to the Magyar.

While Csanad Szegedi frantically tacks between these two exemplars, we should keep in mind a third way to behave as a Hungarian: as Prime Minister Viktor Orbán. His ruling Fidesz Party has long sought to whitewash Hungary’s wartime behavior and repair the image of Admiral Horthy. Orbán has remained silent over the behavior of Jobbik’s gentile and Jewish anti-Semites — a silence as resistant to reality as Horthy’s title of admiral after Hungary became a landlocked nation.