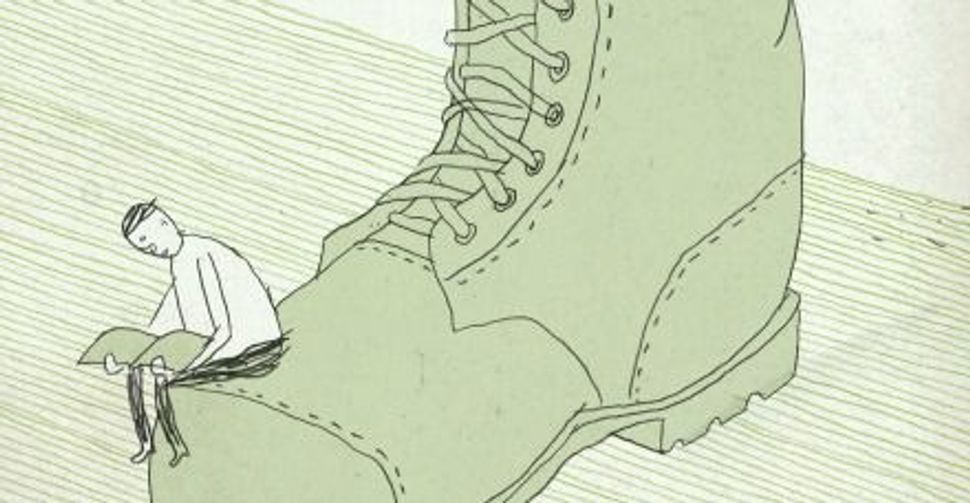 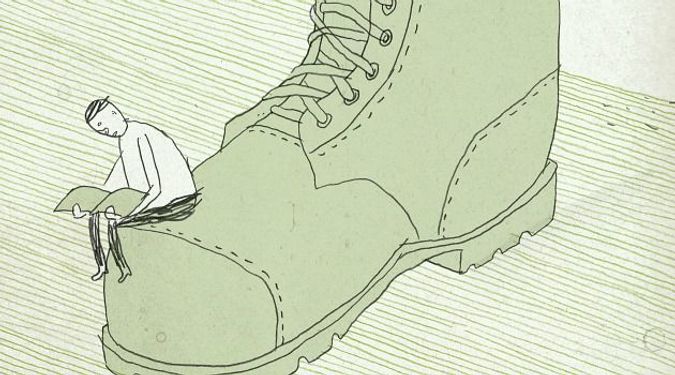 Draft Law Dilemma: Israel is debating whether ultra-Orthodox (and maybe Israeli Arabs) should share the burden of national service. One Haredi father sees big advantages to his son joining the IDF. Image by brian rea

My oldest son, now 19, studies in yeshiva full time. I ask him, almost every day: “When will you do army service?” I say: “A person with an iPhone or laptop should be in the army!” This is my common refrain, one my children have heard so many times at the table on Saturday afternoons that they shrug their shoulders and simply say, “Pass the eggplant salad, please.” I may not be a Zionist in a conventional sense, but you don’t need a messianic belief in the State of Israel to appreciate the importance of national service.

“If you want him to go to the army,” a friend commented, “you’re his father — make him go.” She has seven-year-old twins. “Wait until they are teenagers,” I told her. “Then get back to me.”

The question of whether or not my son serves, maybe once in my hands is certainly no longer. And now, with the coming expiration on August 1 of the Tal Law, the bill passed in 2002 that has allowed yeshiva students like my son to defer army service, everything may change.

If you want to better understand the effects of your own youthful idealism — say, from 20 years ago — then look at your 20-year-old child. Me, 20 years ago: On a graduate fellowship at the Hebrew University, I devoted my spare time to Torah study in one of Jerusalem’s many ba’alie teshuva yeshivot, institutes for the recently religious. My wife and I were enthusiastic, even zealous, in our newly-embraced religious observance, eager to heed the rabbis who, after we made the decision to stay in Israel, advised us to send our children to ultra-Orthodox schools. These rabbis, Americans themselves, nurtured commitment, tolerance and a sense of responsibility. I assumed I would find similar values and commitments — reflecting those of my American teachers — in Israeli ultra-Orthodox educational institutions. But I was wrong, or maybe just naive.

I am proud of my son’s proficiency in Jewish learning, and his connection to the Jewish tradition. But when he was young — or rather when I was — I did not realize how much his education was accompanied by a nearly constant soundtrack of anti-secular and anti-Zionist polemic, and that there never was any emphasis on civic virtue or even citizenship, certainly not service to the state. In American synagogues — even ultra-Orthodox ones — there is the recitation of a generations-old prayer for the government and country in which one lives, as well as a prevailing recognition of the authority of the law of the land. But in Israel, it is not so. So my son never decided — it was never on his radar screen — not to go into the army. That decision was made for him by me, almost 20 years ago.

This family story is now, of course, part of an urgent national conversation about the expiration of the Tal Law. The Plesner committee, appointed and recently disbanded by Prime Minister Benjamin Netanyahu (who has been accused of bowing to ultra-Orthodox pressure), has advocated principles of a universal draft, with a goal of 80% ultra-Orthodox enlistment by 2016, reflecting a growing national consensus for changes to the status quo. The ultra-Orthodox reaction has been disappointing, if not discouraging.

In early June, in my synagogue, before evening prayers, the rabbi spoke before the congregation: “The secular think the army protects the People of Israel, when we know, of course,” — he interjected a knowing laugh — “that it is the study of Torah.” But even those who appreciate the role of faith in insuring the Israeli army’s success acknowledge that the relationship between divine and human endeavors is intricate. Torah study does not create a magical force field around the borders of the state. Further, there is a difference between sitting in a house of study in Mea She’arim and running a mission in southern Lebanon, with rifles, and who knows what else, aimed at your head. Those who study the Torah should know better than anyone that these endeavors, both crucial to Israel’s survival — should be shared. More than that, many within the ultra-Orthodox community acknowledge, away from public performances and headlines, that belief in the centrality of Torah study does not justify the perpetuation of the status quo.

There are other parents like me who see that the ideology that nurtured Torah study after the catastrophe of the Holocaust — when Israel’s first prime minister, David Ben Gurion, agreed to exempt yeshiva students from national service (there were 400 such students then; nearly 60,000 now) — is no longer responsive to many contemporary concerns within the community. Indeed, the ultra-Orthodox community is large and vibrant and diverse. Some of our children do have laptops and cell phones and they have seen movies; indeed they may be modern in ways that many do not want to acknowledge. Some also have aspirations to continue a committed Jewish life, while incorporating secular education and plans for a working future, and they want to do so as part of a nation they acknowledge as their own.

For this younger generation, the State of Israel is not the center of a contentious theological debate about God’s role in history, but an existential fact of their life, a place where they live. Far from the image of Israel projected in the polemical diatribes that they may have heard in school, Israel is home. And many of our children, aside from wanting the social mobility and economic security for which national service is a prerequisite, feel that paying a debt of gratitude — not as a religious act, but as an act of citizenship — would be a natural extension of their personal commitments.

In the meantime, the ultra-Orthodox leadership remains on the defensive, fighting a war that has already been won. Torah study survived the Holocaust and the founding of the secular state. Today, behind the assertion that Torah scholars should be left to “learn undisturbed” lies the economic motive to maintain the infrastructure of the ultra-Orthodox world, including the livelihoods — no small thing — of many thousands of teachers, students and administrators. One ultra-Orthodox commentator remarked that it is up to secular leaders to find a solution to the current crisis — but he did not add that proactive secular leaders require Orthodox counterparts who embrace pragmatism, not a recalcitrant and outdated party line. Such counterparts would not only provide private approbation for initiatives such as the Nahal Haredi, the ultra-Orthodox corps of soldiers in existence for over a decade, but would also take an active role in publicly changing the culture and configuration of the ultra-Orthodox world. Then service and work would become acceptable again — as indeed they always have been in the Jewish world.

In doing so, they would allow national service to become a vehicle for social mobility, but also a positive value in itself, allowing young men like my son to do what they know to be in the interest of the State, as well as in their own best interest. But even more than that, to do what in their hearts, they know to be right.

William Kolbrener, professor of English literature at Bar-Ilan University, is the author most recently of “Open Minded Torah: Of Irony, Fundamentalism and Love” (Continuum, 2011).