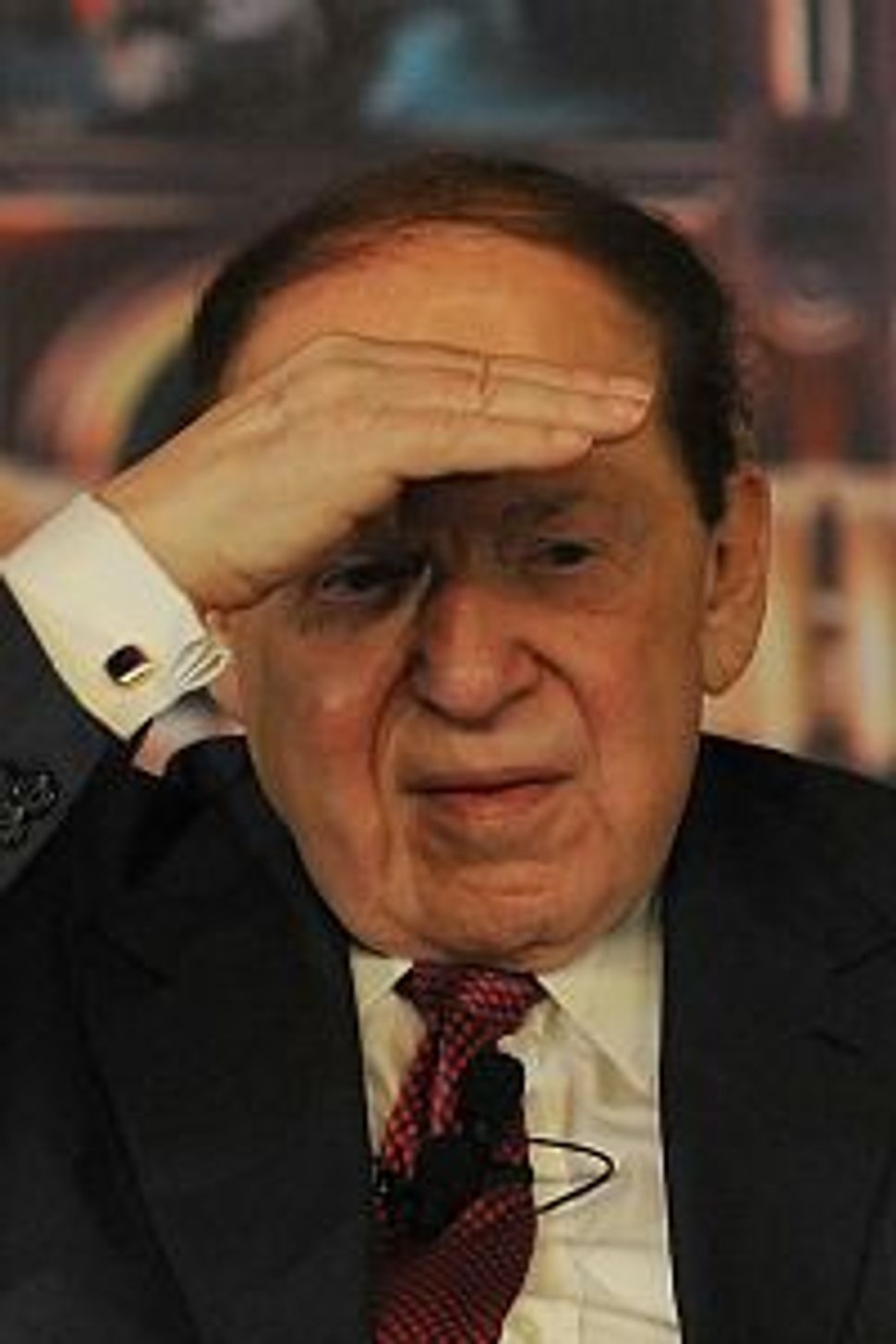 A Jewish Democratic attack on billionaire Sheldon Adelson has been scuttled amidst heavy pressure from establishment Jewish groups.

The National Jewish Democratic Council announced July 11 that they would pull their petition calling on Mitt Romney to stop accepting funds donated to his election effort by Adelson, the Jewish casino mogul.

The move came following public criticism of the NJDC petition by major Jewish institutional figures, including Alan Dershowitz, Abe Foxman, and the leadership of the Jewish Federations of North America.

As we noted earlier this week, none of the people criticizing the NJDC’s attack on Adelson are Republican partisans. But all represent a Jewish community that has received millions upon millions of dollars in philanthropy from Adelson, who is one of the richest Jews in the world.

In 2010, Adelson’s foundation gave $1 million to Boston’s Jewish federation, a member organization of the JFNA. He also gave $9 million that year to Birthright, one of many multi-million dollar donations Adelson has made to the group, which brings young Jews on free trips to Israel.

The NJDC petition, now unavailable online, portrayed Adelson as problematic funding source, citing unsubstantiated allegations by a former Adelson employee that he had condoned prostitution at his casinos on the Chinese island of Macau.

“[W]hen a leader in the Jewish community is attacked on the basis of unproven and ugly allegations, we feel obligated to step forward,” JNFA leaders wrote in their statement. “To condemn a man based on unsubstantiated charges violates our American and Jewish values.”

In their July 11 statement, the NJDC said that they stood by their petition, but that they would take it offline. “[W]e regret the concern that this campaign has caused,” the NJDC statement read. “And in the interest of shalom bayit (peace in our home / community), we are going to take down our petition today.”