Is Adelson’s Money Tainted, or Not? 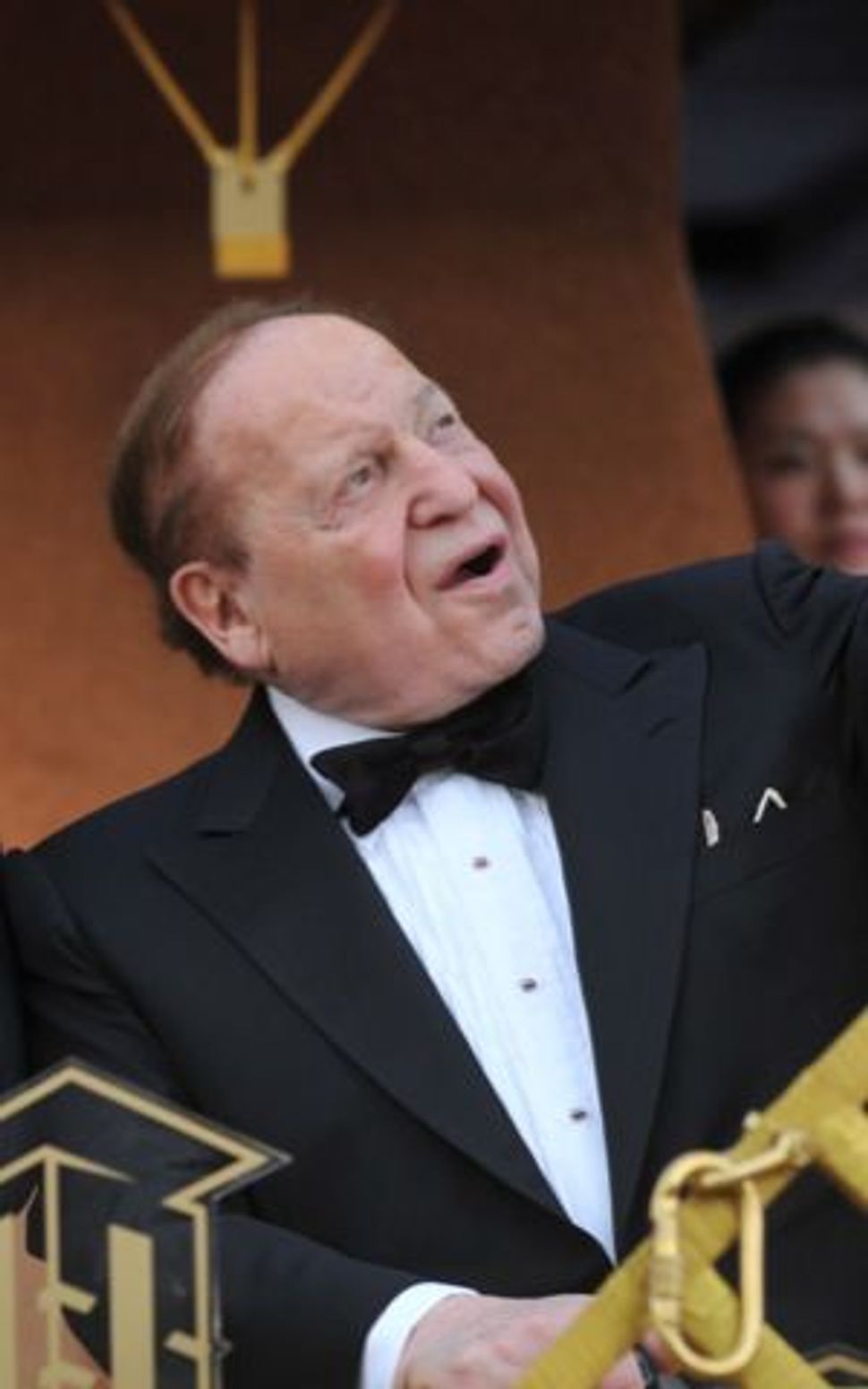 A Jewish Democratic organization is facing heavy pushback over its effort to make billionaire Republican donor Sheldon Adelson a liability for Mitt Romney among Jewish voters.

Pro-Israel heavy hitters Abe Foxman of the Anti-Defamation League and law professor Alan Dershowitz have lashed out in recent days at the National Jewish Democratic Council for calling on Romney to stop accepting donations from Adelson.

Neither Foxman nor Dershowitz are Republican partisans. But both are influential members of a Jewish community that has benefited heavily from Adelson’s philanthropy. Their reactions to the NJDC campaign could spell trouble for Democratic efforts to turn the provenance of Adelson’s money into an issue for Jews.

Adelson, a casino mogul and one of the richest Jews in the world, has reportedly given $10 million to a pro-Romney super PAC. Adelson is also a major contributor to Jewish and pro-Israel causes. He has been one of the largest single donors to Taglit-Birthright Israel, the program that provides free Israel trips to American Jews. He is also the owner of Israel Hayom, a free Israeli daily with a reputation for backing Prime Minister Benjamin Netanyahu.

In a July 5 statement, the NJDC demanded that Romney stop taking Adelson’s money. The NJDC cited allegations by a former employee that Adelson condoned prostitution at his Macau, China casinos. The statement also referenced recent comments by U.S. Senator John McCain suggesting Adelson’s donations include “foreign money” because some of his casinos are located overseas.

“Given these reports, Romney and the rest of the Republican Party must cease accepting Adelson’s tainted money immediately,” said NJDC president and CEO David Harris in a statement. “The integrity of our political system depends on it.”

Dershowitz, a high-profile Harvard Law School professor who has commented frequently on Israel, took to his Huffington Post blog to oppose the NJDC statement.

“I know Sheldon Adelson and I have worked with him on several matters relating to Israel and the Jewish community,” Dershowitz wrote. “…[I] think it’s outrageous for the National Jewish Democratic Council to level unfounded allegations against Adelson.”

In an interview with The Times of Israel, Foxman raised similar concerns. “I think it’s inappropriate to rush to judgment,” Foxman said, “and it’s taking politics to a level that’s inappropriate.”

Foxman’s ADL received a $25,000 donation from Adelson’s family foundation in 2009, a tiny gift relative both to the ADL’s fundraising and Adelson’s philanthropy.

Is Adelson’s Money Tainted, or Not?