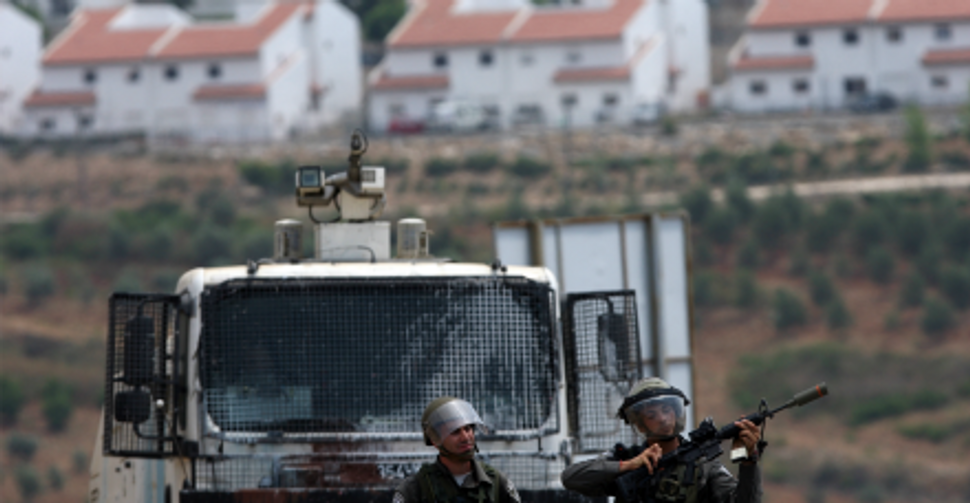 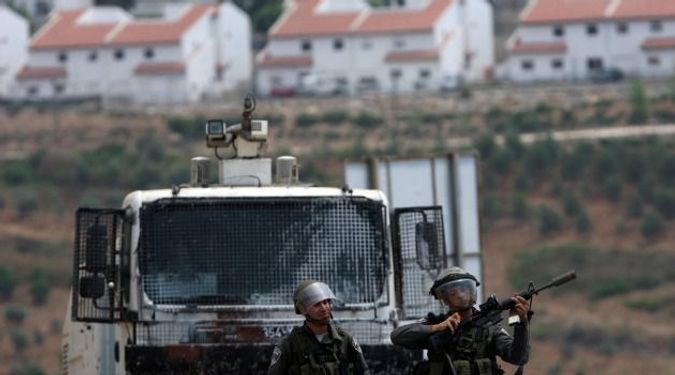 When Is Occupation Not? A new Israeli report aims to erase the occupation of the West Bank. The implications of such a move may be infinitely more dangerous to Israel. Image by getty images

Benjamin Netanyahu has a bad habit of pretending he’s Houdini — sticking his head in a noose, scaring everyone half to death, then wiggling free at the last minute. The difference is that Houdini’s viewers got to watch from their seats, while Netanyahu’s audience is stuck inside the noose with him. And the noose gets a little tighter every time.

Bibi’s latest misadventure is the so-called Levy Report, a legal opinion on West Bank settlements that he ordered up last January. Briefly put, it finds that regardless of what the world believes, the occupied territories aren’t occupied, illegal outposts aren’t illegal and Israel is entitled to settle its citizens where it chooses.

The report was supposed to offer a way to avoid a clash with the settler movement, which wanted an end to outpost demolitions. The report removes settler pressure and instead puts the prime minister on a collision course with America and the world community.

Written by a three-member committee headed by former Supreme Court Justice Edmond Levy, the report turns Israeli legal and diplomatic doctrine on its head. If adopted, it would put Jerusalem dangerously at odds with Washington, the European Union and the United Nations Security Council. It would tear up Israel’s 2003 signature on President Bush’s Road Map, which requires dismantling 60 outposts and ending new construction. It would open the way for some 4 million Palestinians in the West Bank and Gaza to demand Israeli citizenship, turning Israel into a binational rather than a Jewish state. Netanyahu has praised the report but hasn’t said whether he’ll adopt it. Much of his cabinet favors it.

Curiously, the central claim, that the West Bank isn’t occupied, isn’t new. Israel has been saying so since it captured the area from Jordan in 1967. It cites the language of the Fourth Geneva Convention, the international treaty that governs treatment of civilians in occupied war zones. The treaty claims jurisdiction over cases where one treaty member-state captures the territory of another member-state. But the West Bank wasn’t Jordan’s to lose. Jordan annexed the area during the 1948 war of Israeli independence, after the Palestinians refused to create their own state under the U.N. partition plan. Nobody but Britain and Pakistan ever recognized Jordan’s annexation. In 1967 Israel captured a no-man’s land, not covered by Geneva.

It’s a reasonable reading of the text. Unfortunately, not one nation in the world accepts it, despite 45 years of Israeli lobbying. Every other nation interprets the convention as covering the West Bank and Gaza, whatever the phrasing. Even Israel has accepted the treaty as a guideline for its army’s administration of the area, since there’s no other body of international law to follow. Israeli courts have consistently ruled that the area is under military occupation, which simply means the army is sovereign there, not Israeli civil law.

The alternative to army rule would be claiming Israeli sovereignty. That would mean either giving Israeli citizenship to all the Palestinian residents, resulting in a binational state and ending Zionism, or else creating two classes of citizenship and defying international laws on apartheid. The second alternative would invite international sanctions, or worse, the sort of multinational military force that intervened when Iraq tried to annex Kuwait in 1990.

Instead Israel has maintained an uneasy truce with the rest of the world by voluntarily applying the Geneva rules except the parts it rejects, like the ban on settling its citizens in occupied territory. Meanwhile, it waits for final ownership to be determined in negotiations, as required in Security Council Resolution 242 in November 1967. That resolution required Israel to withdraw its troops “from territories occupied in the recent conflict.” In return Israel would get full recognition of its “right to live in peace within secure and recognized boundaries.”

The resolution was painstakingly precise. Israel and America fought to exclude the word “the,” as in “withdraw from the territories,” in order to preserve Israel’s right to try keeping some of the land in negotiations. Israel’s position has remained for 45 years that since the area belonged to nobody, Israel has as much right as anyone else to put in a claim. Notably, nobody objected to the word “occupied.”

That’s where the Levy Report represents a departure. The report calls on Israel to abandon the notion that its legal claim to the West Bank is as good as anyone’s and announce that it has sole claim. It calls on an eccentric legal doctrine that’s been circulating for years on the fringes of the far right and surfacing with increasing vigor in recent months, as settlers and their allies grow bolder.

The notion is that the operative international treaty governing sovereign rights to historic Palestine — today’s Israel, the West Bank and Gaza — is the post-World War I San Remo Resolution. Drafted by the victorious European allies in April 1920 and later incorporated into the League of Nations charter, the treaty assigns Great Britain the Mandate to govern Palestine and orders implementation of the 1917 Balfour Declaration. To be clear, the treaty calls for “the establishment in Palestine of a national home for the Jewish people.” That, advocates say, constitutes a binding, still-valid international commitment to make Palestine into a Jewish state.

Unfortunately, establishing a Jewish homeland in Palestine is not the same thing as making Palestine into a Jewish homeland. Zionist leaders fought mightily throughout the summer of 1917 to win a British declaration “that Palestine should be reconstituted as the National Home of the Jewish people,” but they lost. “The” national home became “a” national home to protect the citizenship of British and other Diaspora Jews. Establishing the home “in” Palestine fudged the question of how much land would be Jewish, to allow future negotiating.

The spurious notion that Balfour and San Remo promised all of Palestine to the Jews has little to do with legal history and everything to do with religious zealotry. And typical of zealots, its advocates ignore the mischief their actions invite.

Netanyahu must have known what he was getting when he chose the panel. Levy was for years the high court’s most reliable supporter of settler interests. He was the sole dissenter to the 2005 court decision that upheld the legality of the Gaza disengagement and reaffirmed Israel’s obligations under “the rules of belligerent occupation.” In choosing Levy, was Netanyahu laying out an ideological marker? Juggling competing interests? Improvising? Or just living dangerously? The only certainty is that he’s slung another noose, and he’s got Israel in there with him.