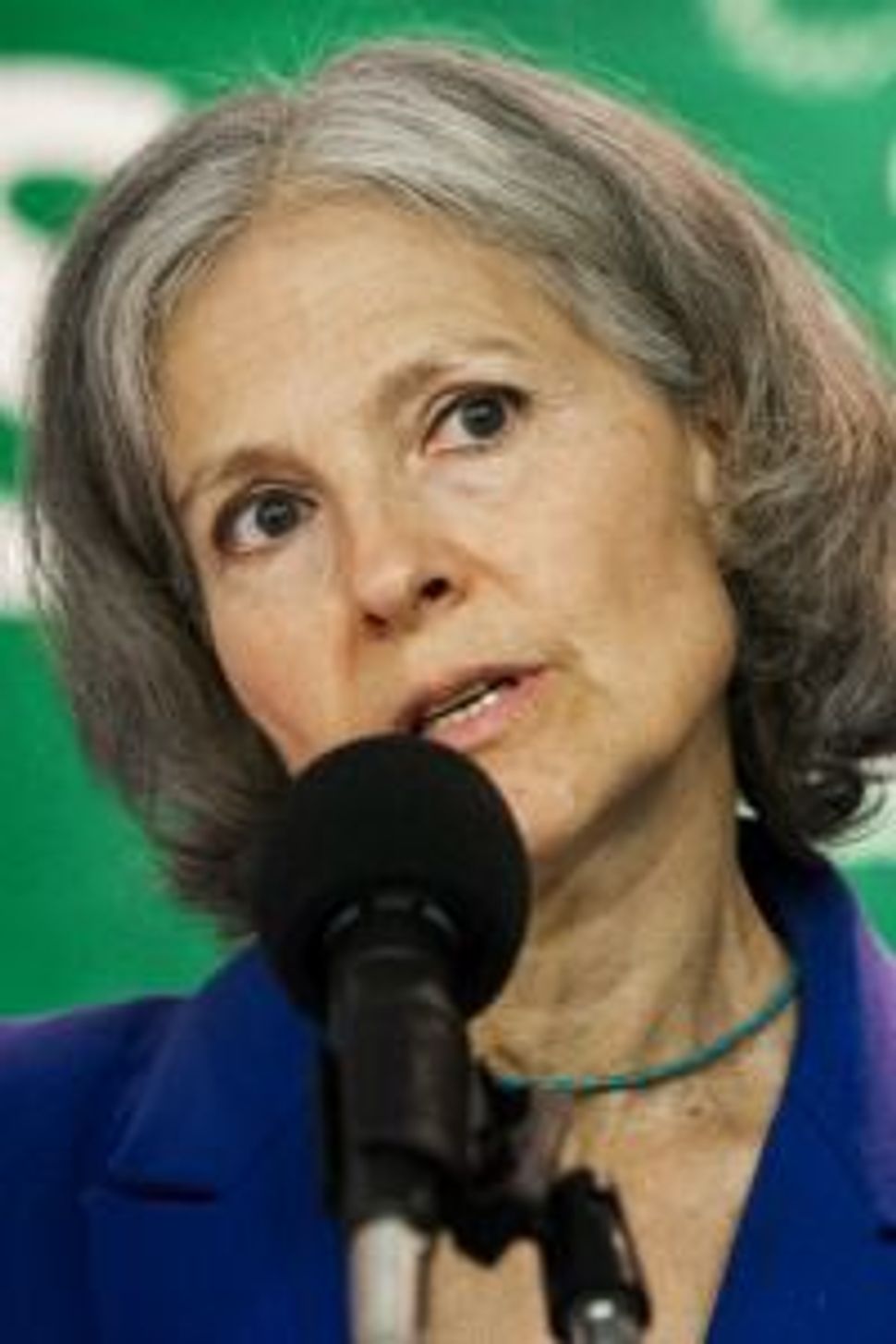 The Green Party is set to choose a Jewish doctor as its presidential candidate.

Jill Stein, 52, will officially receive the third party nomination at a convention this weekend. The Lexington, Mass., resident has no chance of beating Republican Mitt Romney or Democrat Barack Obama at the polls this November. But that doesn’t mean she won’t have any impact.

“Third party politics has not received any attention over the last 10 years. But in polls and on the street people are clamoring for it,” Stein told the Forward in an interview in March.

Profiled in the New York Times on July 12, Stein is relatively unknown outside of her home state, where she ran for governor on the Green Party ticket against Mitt Romney in 2002. But she’s mounted an energetic campaign, and she hopes to overcome anxieties among liberals that supporting the Green Party hurts Democrats and helps Republicans.

Stein told the Forward that she grew up a member of North Shore Congregation Israel, a Reform synagogue near her parents’ home in Highland Park, outside Chicago. Stein said that she continued to irregularly attend that synagogue until her mother died two years ago, but that she is now not a member of a synagogue.

“From my perspective, the need to do justice, love mercy was the watchword of my community, the Jewish community where I grew up,” Stein said.

Stein beat out comedian Roseanne Barr for the Green Party nomination. Barr, who is also Jewish, was also considered as a potential running mate for Stein, but was eventually passed over.

In March, when Barr was notionally still a candidate for the Green Party nod, Stein told the Forward that she was proud that both people seeking the Green Party nomination were Jewish women. “It reflects really well on the state of Jewish women in America, that we are fearless and empowered and responsible to our communities,” Stein said.

Just a little over ten years ago, during the 2000 presidential race, Green Party candidate Ralph Nader was charged with contributing to Democratic candidate Al Gore’s defeat by winning votes that would otherwise have gone to Gore in key swing states. Stein said that her party wouldn’t be held back by charges that they would act as spoilers against the Democrats.