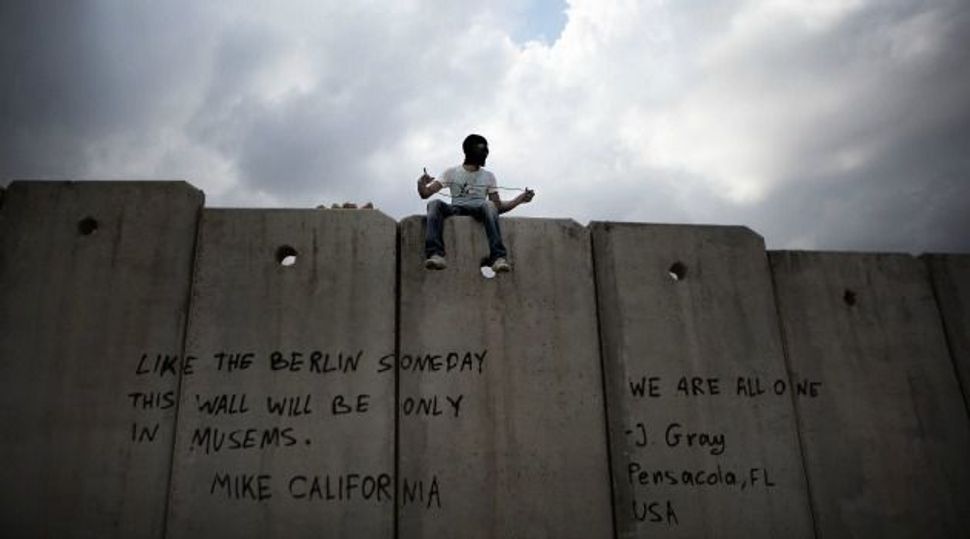 No Occupation, No Israel: Supporters of the Levy Commission?s finding that Israel is not an occupying power may want to look deeper at the implications of such a finding. It could threaten Israel?s legitimacy. Image by getty images

Considerable attention has been focused these last several weeks on the report of Israel’s Levy Commission. No great surprise: The three-person commission, appointed by Prime Minister Benjamin Netanyahu to render an advisory opinion regarding Jewish settlement in the West Bank, determined that there is no barrier to such settlement and, indeed, that the legality of all such settlements that may have been thought clouded could and should be retroactively affirmed. Essentially, the Commission asserted, as has been noted in all analyses of its report, that the occupation is not an occupation, not according to its detailed analysis of the relevant international law.

Criticism of the report has been widespread and has focused on the devastating consequences were it to become state policy. But there’s a prior question: Is the report’s analysis correct?

The report tells a detailed history that begins with the Balfour Declaration (1917), goes on to the San Remo Conference (1920), where groundwork was laid for the League of Nations, goes from there to the award to Britain by the League of Nations a mandate for governing Palestine (1922) and thence to Article 80 of the United Nations Charter, which affirms that all mandate arrangements established by the League were in effect inherited, verbatim, by the UN.

All that history is, with two exceptions, quite accurate. The first exception has to do with interpreting the words of the Balfour Declaration: “His Majesty’s Government view with favour the establishment in Palestine of a national home for the Jewish people.” The Levy Commission, as many observers have over the years, chooses to see “national home” as the equivalent of sovereignty. But the problem with such an interpretation is that the choice of “a national home” (rather than, say, “state” or “the national home of the Jewish people” or, maximally, “the establishment of Palestine as the national home”) was not accidental; it was unambiguously deliberate. Indeed, it was not until 1942, at a conference at the Biltmore Hotel in New York, that the Zionist movement itself formally endorsed Jewish sovereignty — statehood — as it aim.

But set that exception to the side, because the next is the pill that fatally poisons the Levy Commission report. If you’re going to review a dense history, there’s something of an obligation not to end your review in midstream. Here’s what’s missing in Levi: In September of 1947, the British announced their intention to relinquish the Mandate; two months later, on November 29, 1947, the UN, in its Resolution 181, voted to approve the partition of Palestine (by then, the area from the Mediterranean to the Jordan River); the British Mandate formally concluded on May 14, 1948, and within hours, David Ben Gurion and his colleagues announced the establishment of a Jewish state.

Thus, had the Commission told the whole story, it would have had to acknowledge that UN 181 — to which it makes no reference at all — in fact and in law rendered all the earlier history irrelevant. In its place, a decision by the UN that Palestine be divided into two, that there be established side-by-side two states, one with a Jewish majority, the other with an Arab majority.

But, it will be said, UN 181 was legally only a recommendation by the General Assembly; it did not have the force of international law.

Look farther: Much happened in the aftermath of the Partition Resolution and the declaration of Israel’s sovereign independence. A war happened, and was terminated only with cease-fire agreements (not peace treaties). And, critically, in May 1949, after the cease-fire agreements were in place, the UN admitted Israel to membership, making explicit reference to the Partition Resolution and de facto accepting that Israel’s borders had been “amended” by the cease-fire lines (i.e, the “Green Line”). And that was no longer merely a recommendation; it was a binding act.

The fact that the Arabs opposed 181 and never established a state within its proposed parameters roils the waters but does not change the law: According to Israel’s birth certificate, it is not the sovereign authority in the West Bank. The Zionist movement was Israel’s father; the United Nations was its mother. And if Israel is not the sovereign authority in the West Bank, then it must be — and is — the occupying power. And that, after all, is why rule in the West Bank is vested in Israel’s military rather than in civilian officials. Indeed, Israel itself — its governments and its Supreme Court — have again and again asserted, from the very beginning of the Occupation, that it is operating under the laws of “belligerent occupation.”

The Levy Commission correctly claims that the laws governing occupation were drawn up in the wake of the Second World War to handle short-term occupations. Levy then asserts that since the Israeli occupation of the West Bank is plainly not short term, the Fourth Geneva Convention is rendered irrelevant. Even were that so — and no other country or court has seconded that view — so what? That would not leave a legal void. There’s a mountain of belligerent occupation law aside from the Fourth Geneva Convention.

Netanyahu knows all this, and knows as well that were he to endorse Levy and the Knesset to approve it, Israel would be dealing with a game-changer. It would stand condemned and would be subject to crippling sanctions. The settlers themselves, however much they celebrate Levy’s “finding” and recommendations, might do well to consider that were Israel to tear up its birth certificate, it would be proclaiming its illegitimacy.