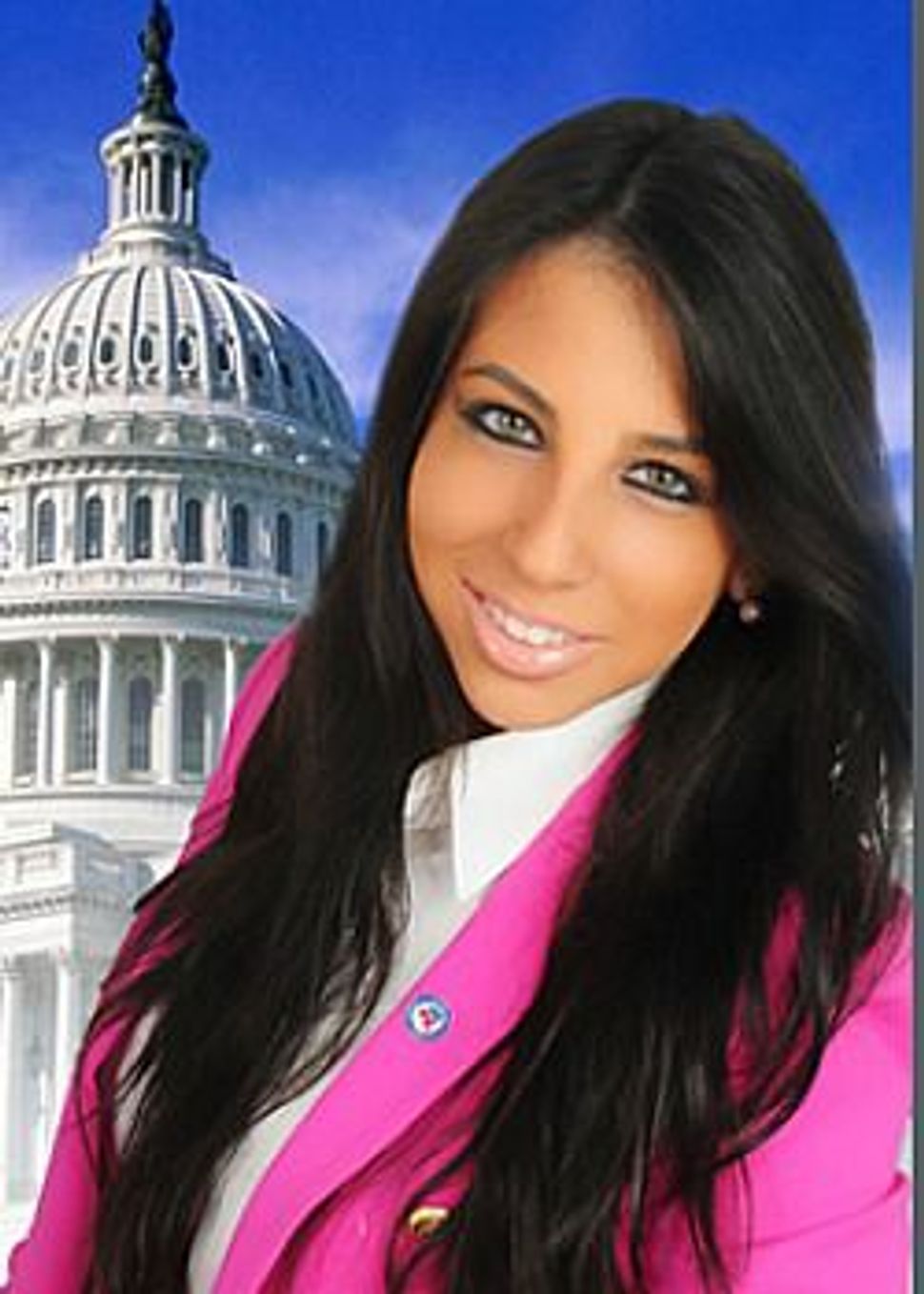 Mindy Meyer may be the Diva of the District, but the wannabe state senator from Brooklyn has a little homework to do if she hopes to make it big in politics.

The 22-year-old Brooklyn law student looked a bit like a deer in the headlights when a local TV anchor asked her to identify some key state power players in Albany.

However, Meyer recovered like a true politician from the ambush by Fox 5’s Rosanna Scotto.

“Honestly that I’m not so worried about,” she said after the pictures faded from the screen. “I heard of these names and I would learn the issues, and I would just focus on causing change for my constituents, unlike my opponent.”

“Every challenge is a credible challenge, this is the American democratic process,” he said. “I don’t know Ms. Meyer at all. She is rather young.”

Meyer, in defiance of her critics, hopes to use her youth and “inexperience in corruption” to her own benefit.

“My website is predominately to target my young constituents,” she said. “I want to show everyone that politics can be exciting, and the Senate doesn’t have to be a senior citizen’s home.”

The attention Meyer has attracted, stemming mostly from her glitzy website and “Legally Blonde”-inspired campaign, has apparently gotten her some fans. Voters in her district say they are considering voting for her, primarily because of her “chutzpah,” Fox reported.

She bagged the Republican and Conservative nominations to run in the predominantly Democratic 21st District, covering parts of Flatbush and Midwood.