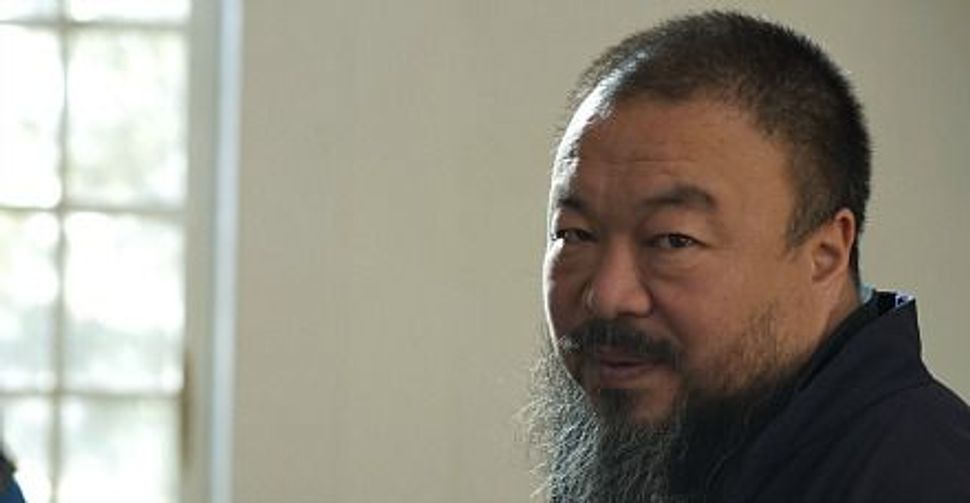 Image by courtesy of alison klayman 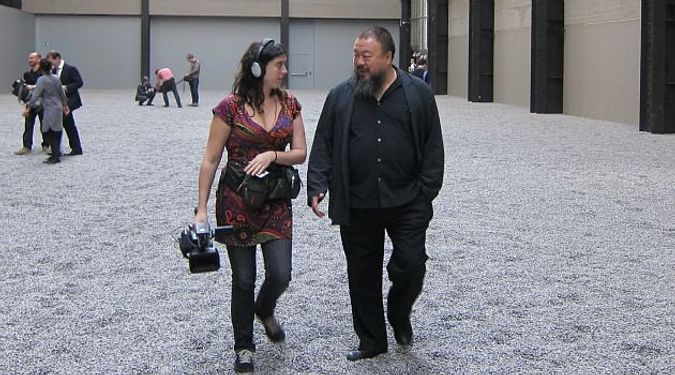 My documentary “Ai Weiwei: Never Sorry,” about a Chinese artist who fights for freedom of expression and clashes with authorities because of it, had its first public screenings in January at the Sundance Film Festival. I was wide-eyed, dazzled and overwhelmed that week, my first film festival experience with my first film: audiences clapping, countless photo shoots and even a Special Jury Prize.

There were a few times at the festival when audience members approached me after a screening and asked me if I was Jewish. When I said yes, they would push further. Did I have family in the Holocaust? “Yes, my grandparents were survivors,” I told them.

A knowing look would come over their faces. Aha. And was this what motivated you to make a film about an outspoken Chinese artist? Each time, I was caught off guard by the suggestion, and I would not concede any connection.

Months later, the film is opening in theaters in the United States, and I have been doing countless press interviews to promote the release. Much to my surprise, this line of questioning has reappeared. Journalists from Jewish and mainstream media outlets have probed to find something in my background to give an explanation for “why” I made this film. I can’t help but find myself rattled when, in the middle of a marathon press day, I’m asked, “What concentration camps were your grandparents in?” or “Would you say you’re an observant Jew?”

And so I started to question my resistance to engaging with this conversation. While I didn’t want to promote a facile explanation of cause and effect, maybe I was doing a disservice to downplay the role of my Jewish education and family background in this endeavor. In reality, they have played a role in my interest in telling stories about people engaged with social justice work, in my belief that there is value in questioning authority, and that such questioning is a profound act of patriotism.

My whole life before college I studied at Jewish day schools, where I was taught that Judaism’s intellectual heritage values questioning and dissent. The importance of taking personal responsibility was underscored through the words of scholars and rabbis even before Hillel’s famous question asking if we are not for ourselves, who are we? History lessons on World War II (and an early obsession with young adult Holocaust literature) reinforced the lesson that silence in the face of injustice is complicity. And the way I understood tikkun olam was that it applied to the whole world, from my Jewish community in Philadelphia to as far away as China.

I saw in Ai Weiwei the Chinese version of the quintessential Jewish outsider. Here was a man born into the cultural elite, but whose father was treated as an enemy of the state, a famed poet forced to clean toilets because of his disagreements with the Chinese authorities of the time. When Ai Weiwei spoke out against the Beijing Olympics, and the official response to the Sichuan earthquake, he illustrated how to operate within a society while being critical of it. Could this be a model in the Jewish world, as well?

I tested this hypothesis in April, when I had the chance to bring my film to Israel for the DocAviv Film Festival. It was an incredible experience to watch the film with hundreds of Israeli audience members at an open-air screening, right on the Mediterranean in the port of Tel Aviv.

I couldn’t help but imagine what it meant for them to view Ai Weiwei through the prism of the current political climate in Israel. What it meant for them to think about creative dissent, about promoting change through social media, about risking it all in the face of a seemingly immutable system to say what you think is right. The film was so popular that the festival added another screening.

Of course, Israel is a flawed but functioning democracy with civil rights subject to the rule of law, unlike China. But sometimes those of us who enjoy freedom of expression also behave as if it is impossible to make substantive change. Ai Weiwei teaches us that dissent can be a positive impulse, not a destructive one, and that we all need the courage to speak truth to power. If he can do that in contemporary China, surely we can do more to make our world a better place. The Jewish values I learned from my parents and community taught me never to retreat.