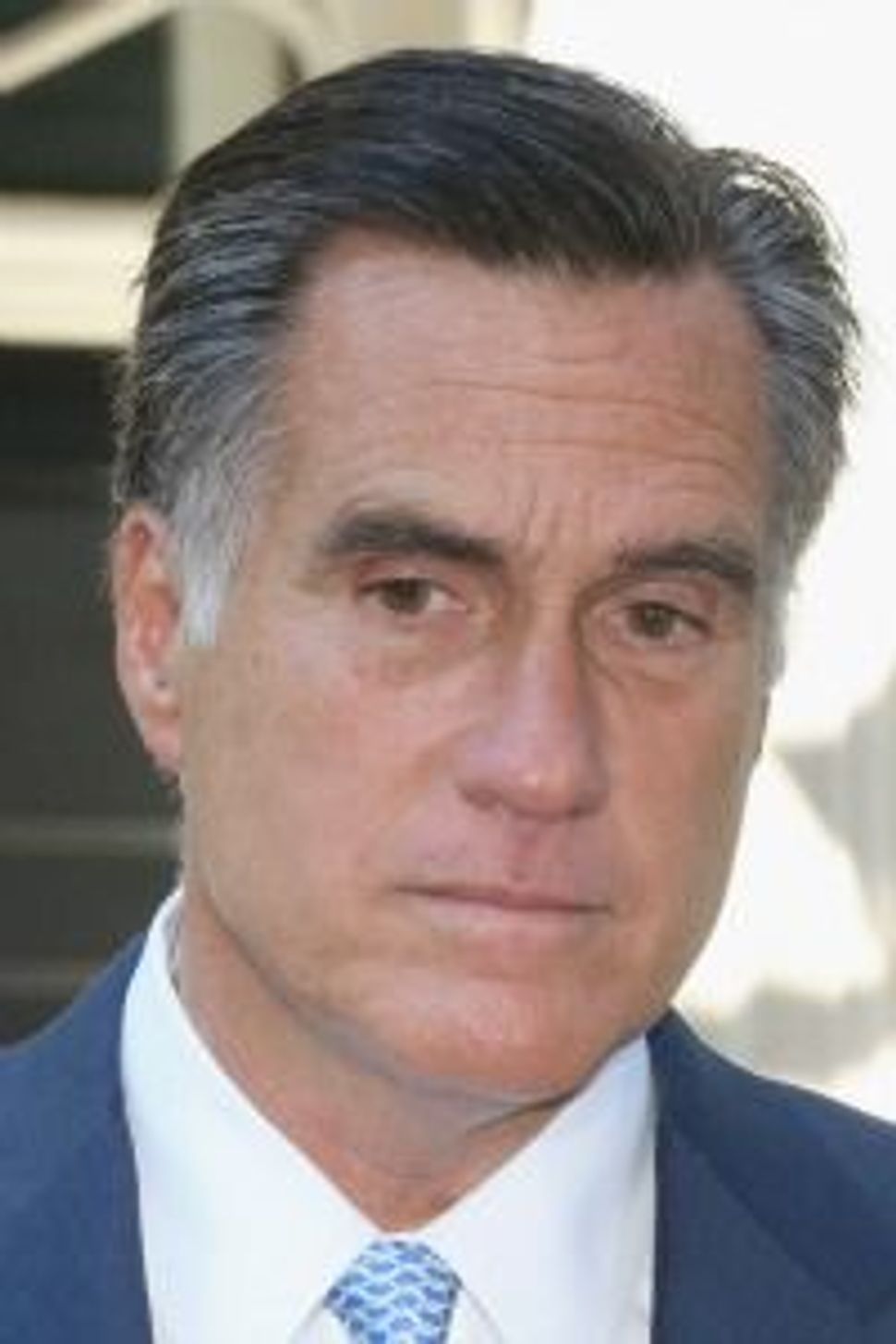 Mitt Romney started off his overseas tour on the wrong foot, with a series of gaffes in his first stop in London.

But the presumptive Republican nominee seems well aware of the pitfalls waiting ahead as he reaches Israel on Saturday night.

The main point for Romney is to avoid overtly criticizing President Barack Obama (he wants to adhere to the unwritten rule that partisan politics stops at the water’s edge) while expressing his views loud and clear.

Early reviews are he handled the balancing act well. The key is in the location of the interview.

Romney gave one interview to Israel Hayom on the sidelines of the VFW conference in Reno, Nevada. There, on U.S. soil, he felt free to throw punches at Obama regarding his relations with Israel. “I cannot imagine going to the United Nations, as Obama did, and criticizing Israel in front of the world,” he said. “You don’t criticize your allies in public to achieve the applause of your foes.”

He called Obama’s reference to the 1967 borders “not the right course for America to take” and said Obama “abandoned the freedom agenda” in his dealing with the democratic uprisings in the Arab world.

Israel Hayom, Israel’s largest circulating daily newspaper, is owned by Sheldon Adelson, the top Republican donor who has already poured millions into the Romney campaign. It was a warm and welcoming interview, with plenty of softballs and hardly any tough questions. The Hebrew version of the story, carried on the paper’s front page, stated in bold letters: “an interview with a friend.”

The Republican candidate met with Haaretz’s columnist Ari Shavit in London, and being overseas, he avoided any direct aim at Obama, even when prompted by the interviewer.

“I have got no comment on President Obama,” Romney said when asked about Obama’s policy of “leading from behind.” He also declined to comment on Obama’s Iran policies.

Romney even invoked the restriction on criticizing the government from abroad when asked on his views about Jewish settlements in the West Bank. “I am afraid that any discussion of settlements would lead me into waters of showing a distance between me and the president. That will not be appropriate for me to do while on foreign soil.”

Of course, the real challenge for Romney still lies ahead, particularly since he has shown himself to be vulnerable to stumbles and verbal gaffes throughout the campaign.

Once arriving in Israel, Romney should expect being pressed time and again to state his views on Obama and to relay his opposition to the President’s policies regarding Israel and the Middle East. That’s what the donors he is gathering in Israel want to hear and that is what Republicans want Jewish voters back at home to notice.

He will have to bring his “A game” to send that message, while keeping in mind he is still beyond the water’s edge.