Mitt’s Note and a Prayer 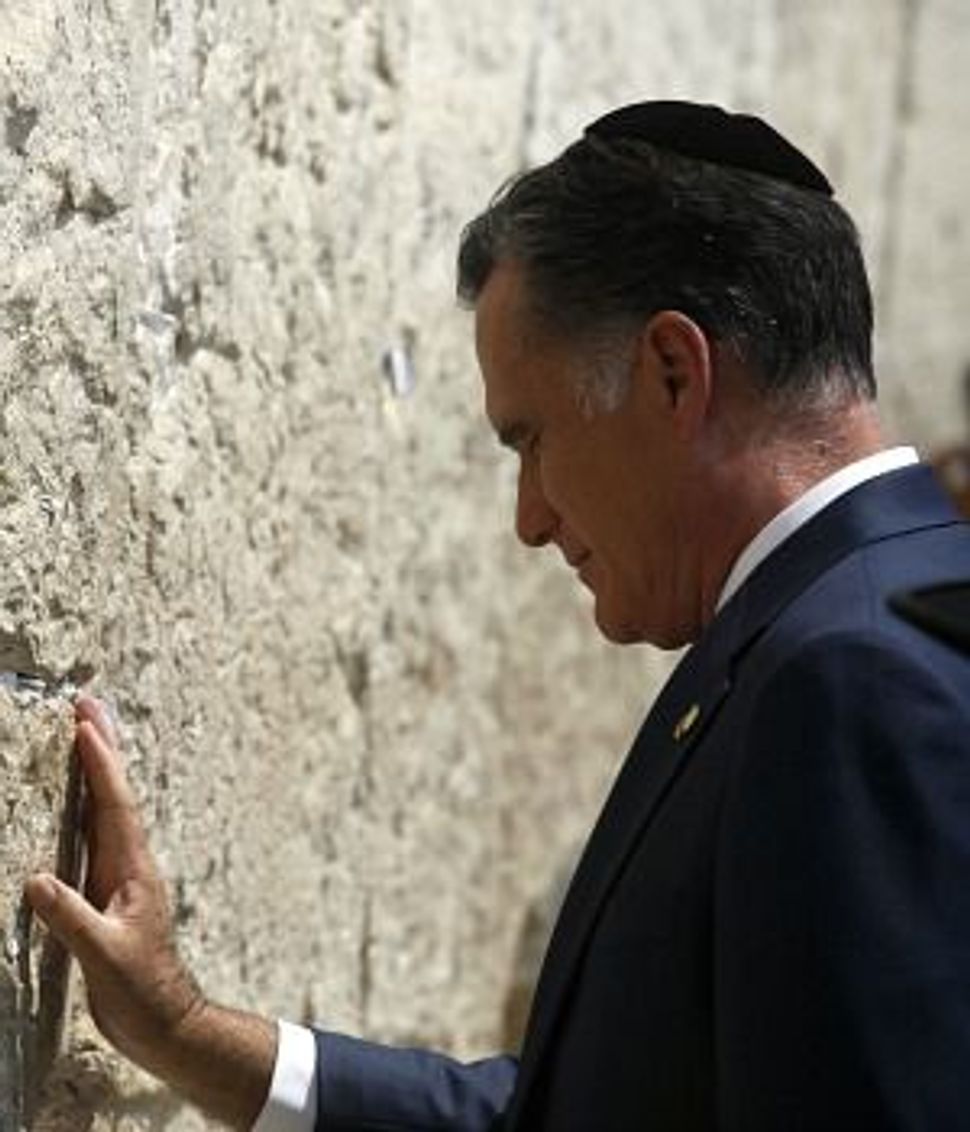 Mitt Romney leaves a note after praying at the Western Wall in Jerusalem. Image by getty images

Most of the people wouldn’t have known who Mitt Romney was if wasn’t for the large entourage. But word travelled fast around the courtyard of the Western Wall that the Republican presidential candidate had arrived.

The weather in Jerusalem is scorching and the atmosphere at the wall is intense, as people recite the special Afternoon Service for the Fast of Av, with passages mourning the destruction of the ancient temple, of which the wall is the last remnant. But when Romney arrived, for a moment many worshippers switched to more contemporary concerns, and made sure they caught a glimpse of the man who may become president.

“Beat Obama,” one worshipper shouted, as others echoed his sentiment, suggesting that Romney would be better for Israel.

Shmuel Rabinovitch, rabbi of the Western Wall showed him around, and Romney followed tradition and placed a note in the cracks between the walls — as did his wife on the women’s side of the barrier that separates between the genders.

With Romney’s campaign on gaffe-alert following his stumbles in the British leg of his trip, one can speculate that the notes were carefully crafted with the help of press advisors.

Notes left at the Western Wall aren’t always entirely private petitions to God, as when Barack Obama visited on his campaign trail four years ago. His note was removed and published.

No word yet on whether Mitt asked for help in November in the swing states.

Mitt’s Note and a Prayer