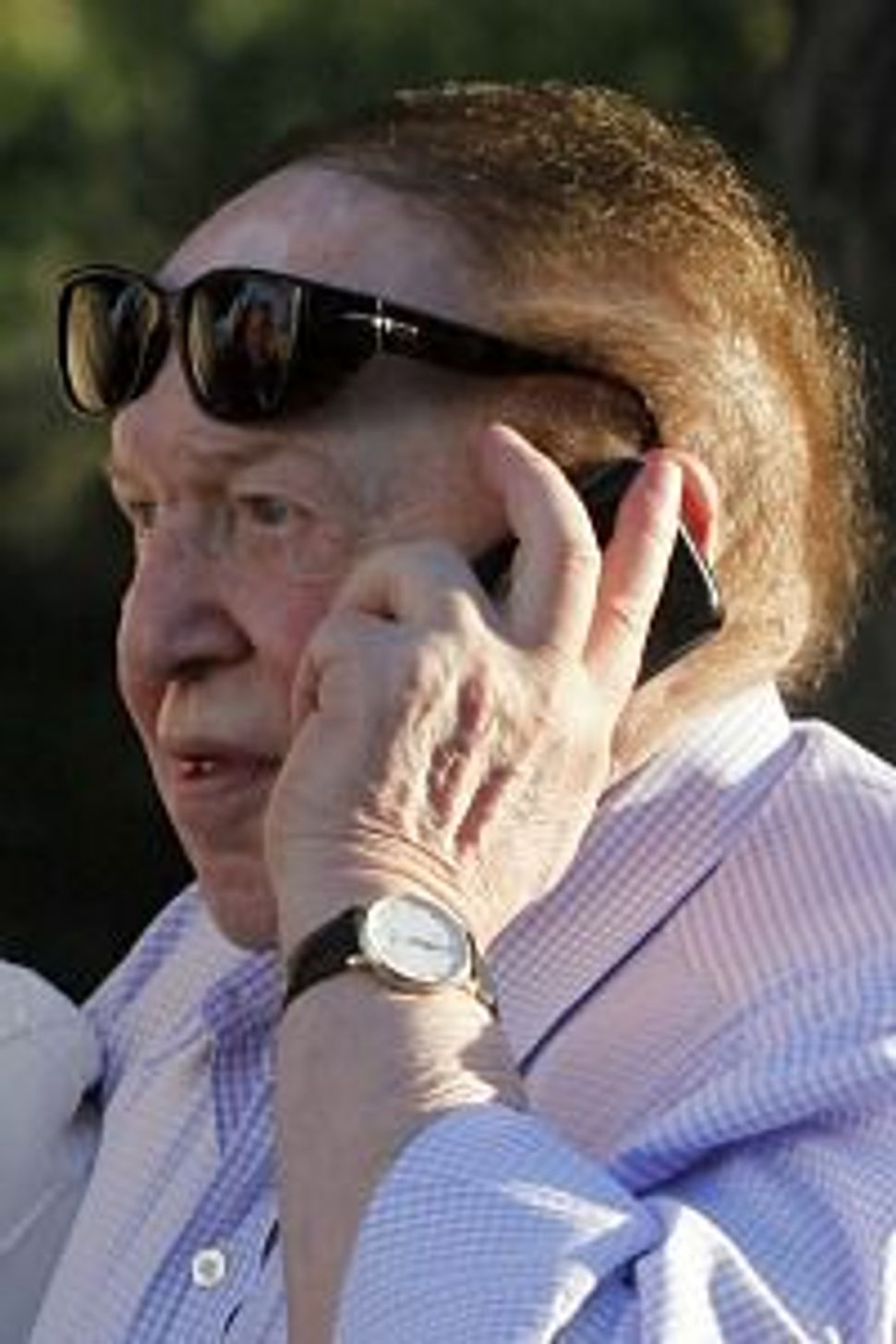 There are few people who have given more money to the right-leaning Jerusalem think tank the Shalem Center than Sheldon Adelson. In 2007, his family foundation bestowed $4.5 million on it.

But Adelson didn’t have much to say about one of its best-known scholars.

Several journalists awaited Adelson as he emerged from today’s fundraiser for Mitt Romney, and we escorted him to the elevator. What does he think about the alienation of young American Jews from their community? He answers: “It’s not alienation, it’s the absence of understanding.”

What about Daniel Gordis’ writings on this subject? Gordis is a rabbi, the Shalem Center’s Senior Vice President and one of the most respected Israel analysts around.

Adelson gave several different disjointed responses. “I don’t care about who, I don’t even know (that) I’ve heard the name Gordis,” he said. “It’s his opinion. There are 7 million people in the world and he’s only got one opinion.”

Adelson also joked that his reason for coming to Israel was to eat shwarma.