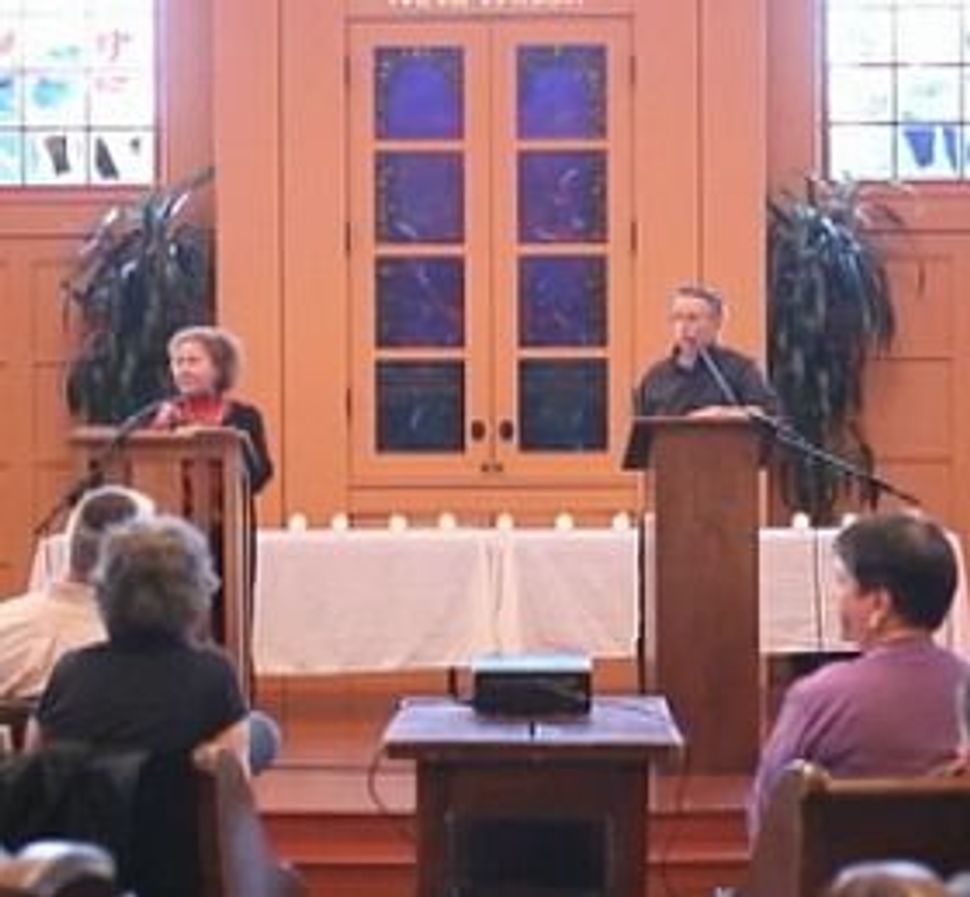 Image by courtesy of ktvu

Twelve years ago, Kevin Hines jumped from the Golden Gate Bridge, suffering from bipolor disorder and wishing to end his life.

As soon as he hit free-fall his first thought was, “What have I done? I don’t want to die! God, please save me.”

After Hines, who is Catholic, hit the water, he struggled to keep his head above water despite his injuries.

“As I was trying to stay afloat in the waters, I just kept thinking, ‘God please save me,’ he said.

Hines is one of only 33 people to survive the jump; 1,558 others have fallen to their death. This year, Sha’ar Zahav decided to organize the first-ever communal memorial service for those who have fallen. The Yizkor service was organized by the synagogue but was open to all who felt connected to this tragic reality.

The event attracted 75 attendees, though many more expressed the wish that they could come on the event’s Facebook wall; co-organizer Jenni Olson says she was pleased with the turnout.

“There were numerous friends and families in attendance who had lost loved ones to suicide from the Bridge — Jewish and non-Jewish — and everyone I spoke with expressed their gratitude and said how they found the service so moving and comforting,” adds Olson.

Rabbi Camille Angel, the rabbi of this progressive synagogue, says the event was incredibly meaningful.

Hines couldn’t agree more: “I cried the whole time,” he says. “It was very powerful, and very, very moving.”

“When I jumped, afterwards for a long time, I felt like I lost a part of myself, that I changed,” he said. “Being with all those people who got to say the names of people they lost…it was unbelievable.”