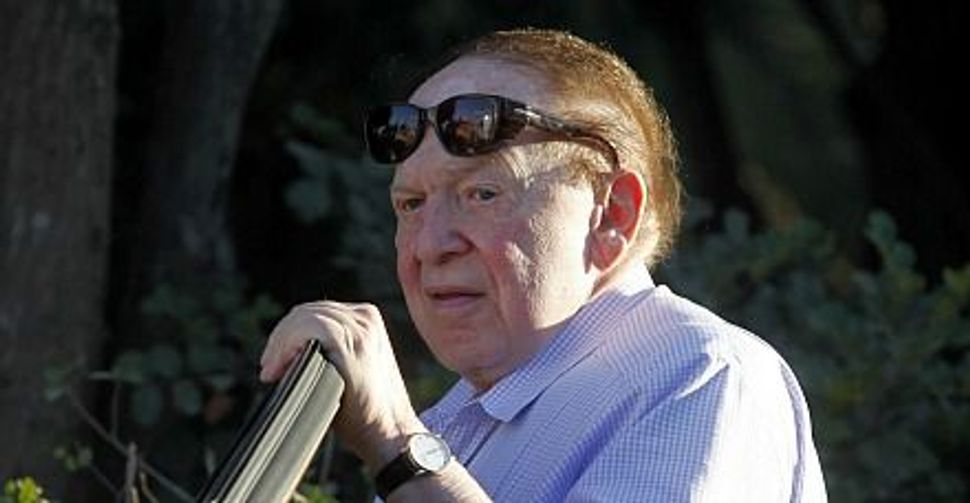 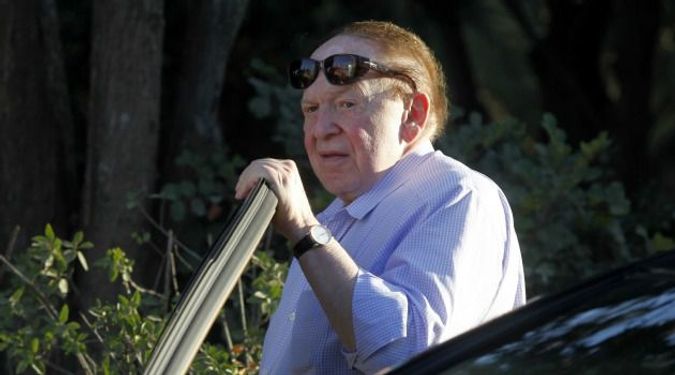 Editor’s note: Sheldon Adelson, the casino executive and Republican political donor, filed a defamation suit yesterday against the National Jewish Democratic Council and its leadership over an article posted on the Democratic group’s website repeating allegations that Adelson approved of prostitution at his casinos on the Chinese island of Macao. The $60 million suit, filed in federal court in New York, asserts that the NJDC knew that the prostitution allegations were false before repeating them. Those allegations came from press reports based on statements made in an unrelated lawsuit filed against Adelson’s firm by a former high-level employee..

Sheldon Adelson sued me, the National Jewish Democratic Council, and NJDC President and CEO, David Harris, on August 8 for defamation. The back story is that the NJDC circulated a petition urging the Republican National Committee and the Romney campaign to cease taking Adelson’s money until public allegations about his overseas business practices were resolved. Even Republican Sen. John McCain publicly expressed concern about “foreign money” (his term) from Adelson’s Chinese ventures flooding our political system.

Our petition created a minor ruckus in the Jewish communal world — Jewish agencies that benefit from Adelson’s incredible generosity publicly criticized us. Yet the petition itself only came after weeks of allegations about Adelson in the news media and on the Internet. Indeed, a Google search for such reports as of August 7, 2012 yielded almost 1 million results. Nevertheless, in response to the criticism, we took down our petition and criticisms of Adelson from our website in the interest of shalom bayit.

Apparently, that was not enough for Adelson.

It appears that Adelson, with his billions of dollars, not only wants to control political speech and buy the election for the Republican side. He also wants to stifle the exercise of free speech by a small group of Democratic Jews. This is a classic SLAPP (strategic lawsuit against public participation) suit, one which the multiple lawyers and law firms he has allegedly consulted surely have advised him he cannot win because he is undoubtedly a public figure and has thrust himself into the political arena.

It is ironic that a billionaire who is taking more advantage of the “free speech” aspects of the Supreme Court’s decision in the Citizens United case than any other American citizen now seeks to stifle our free speech.

The difference is that President Barack Obama is the target of Adelson’s political speech. Adelson has given millions of dollars to the Republican Jewish Coalition to be used to wrongfully smear Obama’s record on Israel. This is the same fellow who gave over $20 million to a super PAC supporting Newt Gingrich, who promptly offered the unhelpful opinion that the Palestinians are an invented people, a view close to Adelson’s heart. He has also offered that he is willing to spend up to $100 million to support his second or third choice candidate: Mitt Romney.

And that’s the danger of Citizens United. One billionaire can control the conversation and set the agenda. I understand that Adelson wants us all to hear his message, but does that mean he has the right to silence others who disagree with his position?

Adelson told me personally that he is a Jewish Republican for only two issues: He believes Republicans are better for Israel and he believes Republicans will eliminate the estate tax. I do not believe the vast majority of American Jews will agree with his views, especially when they hear the true facts instead of a one-sided campaign.

So here is my suggestion for Adelson. Let’s put money aside and settle this on the strength of ideas.

And drop your silly lawsuit — you are going to lose and you are not going to bully us or silence us because of your wealth. Thankfully we live in a country that protects our ability to speak freely through our rights under the First Amendment.

Marc R. Stanley is the chairman of the National Jewish Democratic Council.