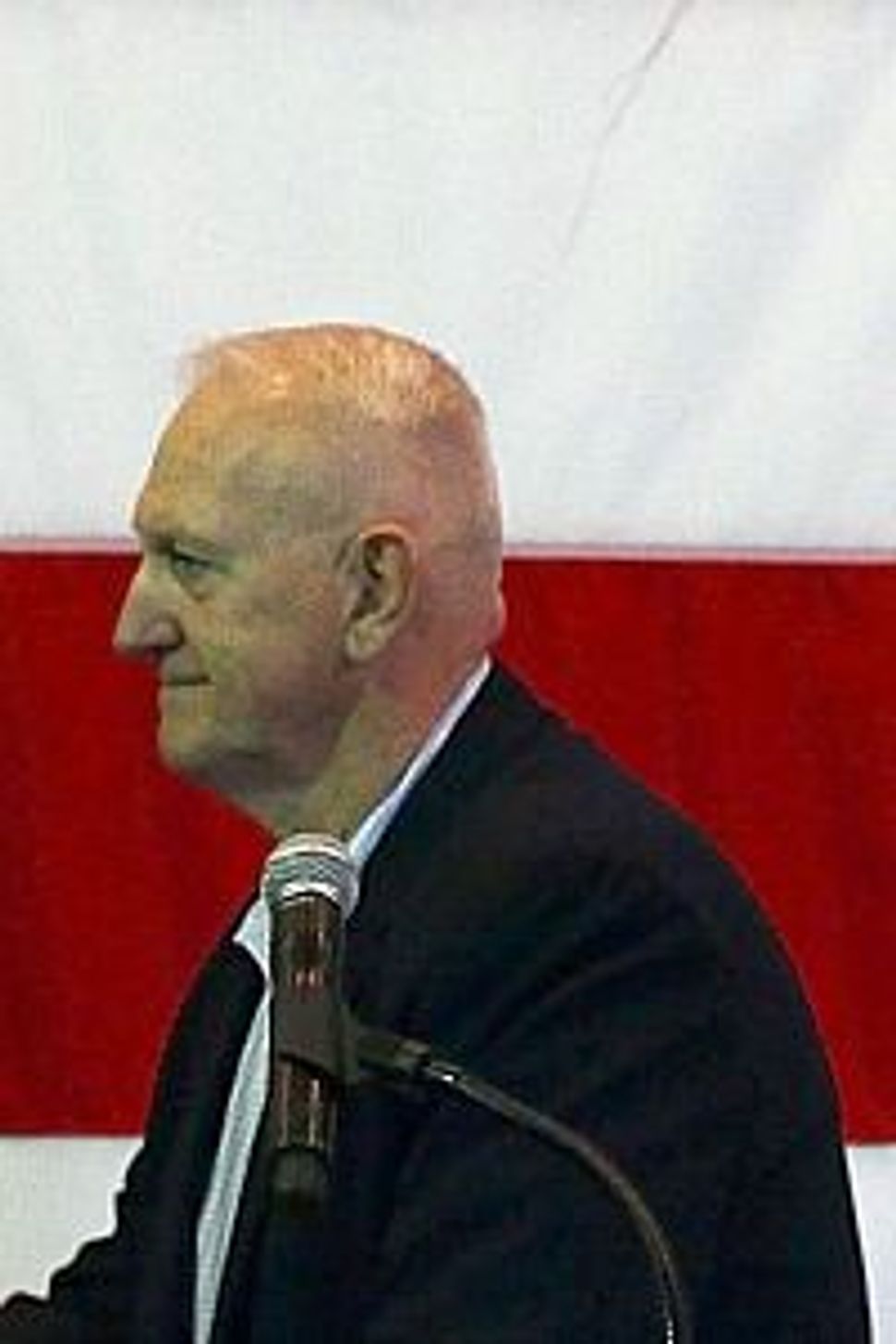 Mitt Romney has came under fire for meeting with William (Jerry) Boykin, a retired U.S. Army officer who is now executive vice president of the Family Research Council, a leading Christian conservative organization.

Boykin has enraged the Muslim-American community with anti-Muslim remarks which date back to his days in uniform but have intensified after his retirement in 2007. Boykin has argued, for instance, that Islam should not be protected under the First Amendment and has wondered during a synagogue speech whether President Obama is a member of the Muslim Brotherhood.

Muslim groups questioned Romney about the meeting, arguing that Boykin’s history of anti-Muslim statements should not make him a welcome partner.

As it turns out, Boykin hasn’t just made inflammatory statements about Muslims. He has had a lot to say about Jews as well.

Right Wing Watch, a watchdog organization keeping tabs on right wing activists and sponsored by the liberal group People for the American Way, posted a video in which Boykin argues, in a May 16 speech, that American Jews misunderstood Hitler.

Here’s how he explains it: “one of the most disgusting things I hear is for people to call Hitler the extreme Right. The absolute opposite was true. It was the National Socialist Party. He was an extraordinarily off the scale leftist.”

Now to the political leap: “But many Jews in America, for example, can’t identify with the Republican Party because they’re called the party of the Right, when in fact nothing could be further from the truth.”

In another video posted by the group, Boykin argues that President Obama wishes to establish a Brownshirt militia, similar to the one set up by Hitler.

The Romney campaign has not commented on the Republican candidate’s meeting with Boykin. Jewish groups have yet to comment on Boykin’s remarks about Jews.