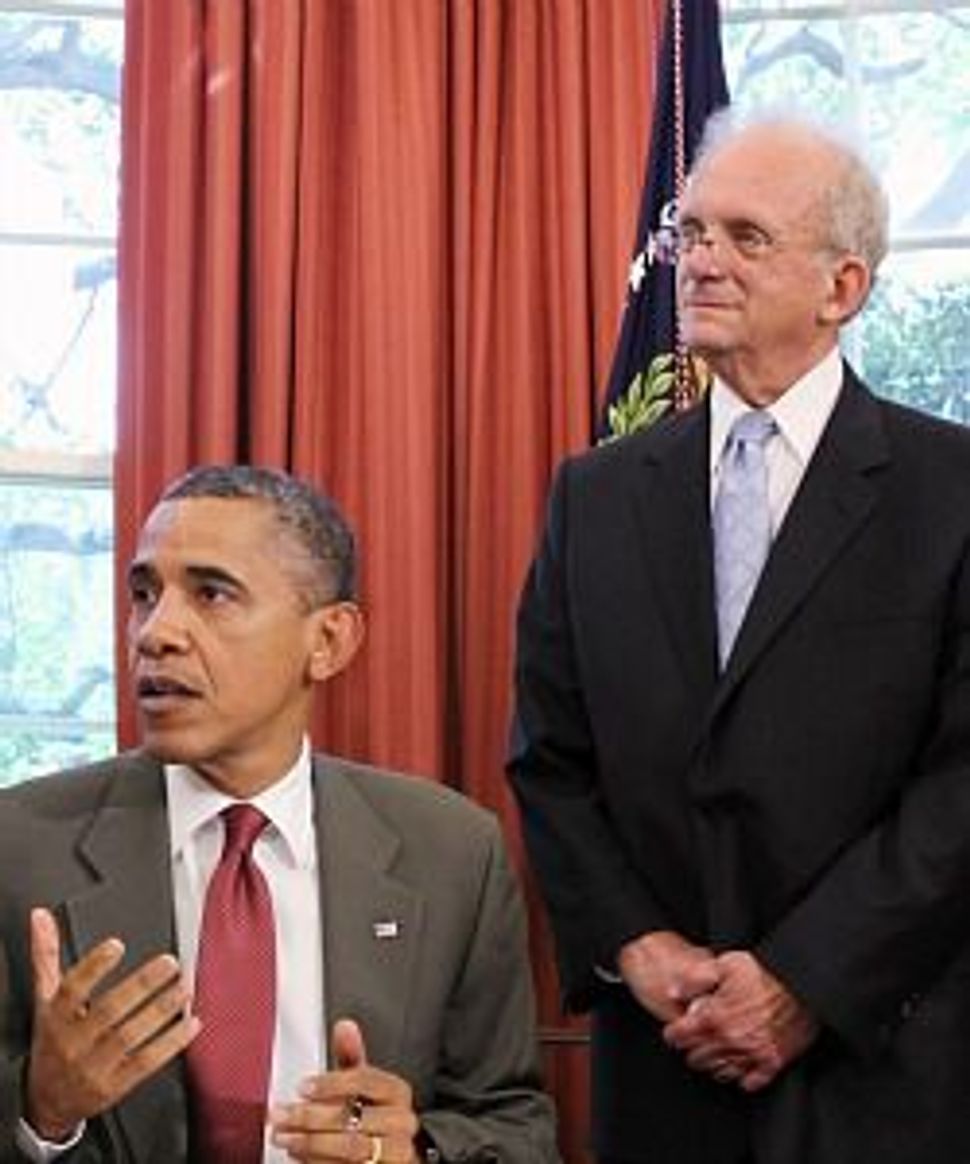 “Almost like in a boxing ring,” exclaimed a breathless local Fox News reporter.

“Sparks flew” gasped the L.A. Times, describing Thursday night’s debate between dueling Jewish congressmen Howard Berman and Brad Sherman. But the soporific chin wagging between the two liberal, pro-Israel, balding Democrats, who were tossed by redistricting into a fight for the San Fernando Valley’s new 30th District, didn’t measure up to the campaign’s increasingly hyper hype.

The Jewish Journal, which sponsored the debate, is trying valiantly to stoke reader interest in the race. But the truth is that no matter how many ways the moderators interrogated the candidates, neither Berman nor Sherman would confess to less than 100% commitment to the Jewish state or to any real substantive difference in position on most issues.

Nasty campaigning is all the rage this summer nationwide. And off the debate stage, the mid-August heat wave in California’s San Fernando Valley has lent a special punk edginess to Sherman-Berman contest.

“SHERMAN’S DISMAL RECORD EXPOSED,” said the Howard Berman camp in an emailed release to the Forward’s West Coast office, trumpeting a new website. The site tags Brad Sherman as (in the words of Berman supporter Barney Frank) as a “superficial and headline hunting” loser who, according to the website, hasn’t seen a piece of legislation come across the House floor that he hasn’t graffittied with his own name and claimed as his own.

Sherman’s camp fired back, charging that Berman has “gone negative” and pointing to their opponent’s replacement of his brother with Harry Reid’s campaign strategist Brandon Hall, who it claimed “has a reputation as a political hatchet-man.”

The release pointed out the fact that Sherman beat Berman by 10 percentage points in June’s “best two” primary, in which the two men finished atop the field and set up a rematch in November.

A Sherman-commissioned poll claims Sherman is leading the race by 17%. Nevertheless, if the White House is betting on a winner, that would be Beltway darling Berman, who got a lift in the presidential limo to George Clooney’s May fundraiser.

Berman also accompanied Michelle Obama as she collected checks this past week at a series of fundraisers beginning at the Beverly Hills home of No Doubt singer Gwen Stefani, followed by a soiree hosted by Warner Bros. CEO Barry Meyer and his wife, Wendy, and one more assembled by software mogul Yolanda “Cookie” Parker in her Ladera Heights domicile.

A Berman win over the locally ubiquitous Sherman will be perceived as an upset locally, while a Sherman win will have folks within the Beltway, where Berman is a heavyweight, scratching their heads. In any case, forecasters predict no end in sight for this peculiarly political heat wave, at least until November.