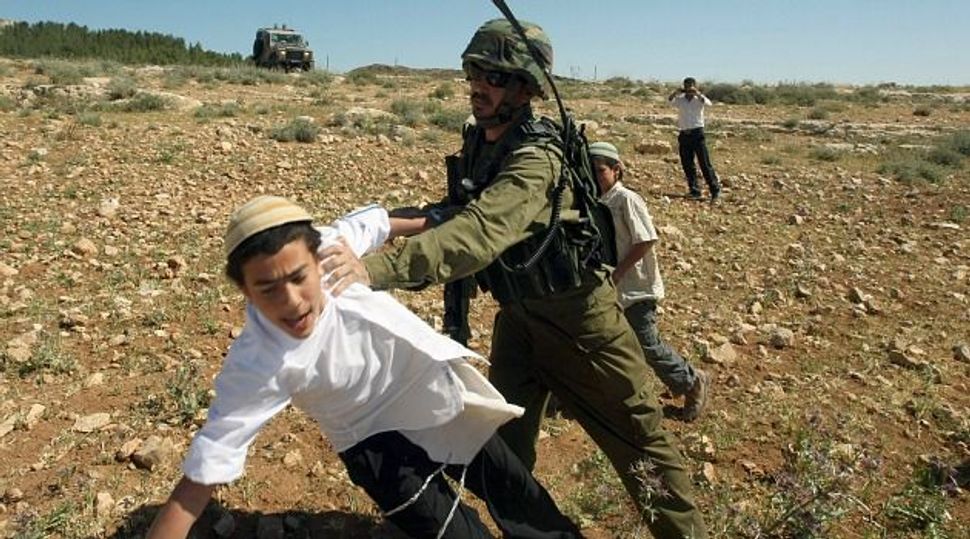 The dog days of August brought serious wakeup calls for Israel and the United States in their respective struggles against terrorism. Both nations were shaken by violent attacks coming from a direction they hadn’t been watching: racist, right-wing nativists. The similarities between the crises are instructive, and disturbing. So are the differences.

For Americans, the month opened with the all-too-familiar sight of a mass shooting, this time at a Sikh temple in Oak Creek, Wis., by a known racist skinhead. Israelis were shocked 12 days later by twin anti-Arab attacks, including the firebombing of a Palestinian taxicab just outside the Kahanist settlement of Kfar Tapuah in the West Bank, injuring six, including 4-year-old twins, and by the lynch-style attack on an Arab teenager hours later by a mob of Jewish youngsters in downtown Jerusalem. 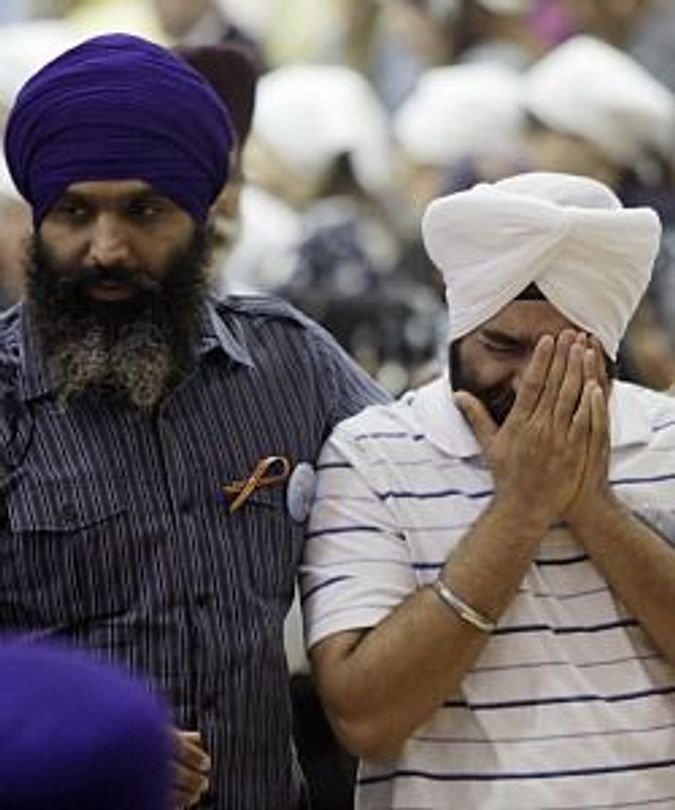 Mourning: Sikhs in Wisconsin mourn after the shooting rampage carried out by a suspected white supremacist. Image by getty images

All three incidents were labeled by officials — the FBI in America, government ministers in Israel — as terrorist incidents. All three fit into a growing pattern in the two countries of vigilante attacks by self-styled patriots against a minority group widely perceived as a threat.

And they highlight a startling paradox: While the terrorist threat that draws most public and law enforcement attention in both countries comes from Islamic extremism, both countries also face a serious and growing threat from nativist extremism and ultra-nationalism — Jewish in Israel, white supremacist or Christian in America — that receives far less attention. Indeed, right-wing terrorism may be downplayed by leaders in both countries who see it as a regrettable reaction to Muslim attacks — though the numbers don’t bear that out.

That’s where the similarity ends. The two attacks in Israel prompted a national wave of outrage and soul-searching from both left and right. Government leaders from Prime Minister Benjamin Netanyahu on down have called for a re-examination of the educational system that might have led a seemingly random group of teenagers to launch a murderous attack on an Arab passerby. The firebombing incident, promptly labeled an act of Jewish terrorism by Vice Premier Moshe Yaalon — even though the perpetrator has yet to be identified — has led to widespread calls, even by some settler leaders, for a crackdown on violent settler extremists.

It’s worth noting that the numbers are surprisingly small. Since the beginning of 2009, five Palestinians have been killed in 1,045 settler attacks, according to B’Tselem, the Israeli human rights group. During the same period, 21 Israelis have been killed in Palestinian terrorist attacks originating in the West Bank, and another 19 in cross-border attacks and shelling from Gaza and Sinai.

The Wisconsin attack, by contrast, produced no such soul-searching. It elicited grief, sympathy, breast-beating over gun-violence and calls for stricter gun laws — but virtually no discussion of the right-wing extremism that plainly gave rise to the attack. The gunman, Wade Michael Page, was a member of a neo-Nazi rock band. His extremist views had previously drawn the attention of authorities. The attack was shocking but not surprising.

The August 5 attack was the latest and most violent in a series of attacks on Sikhs mistaken for Muslims across the country in recent years. It came in the midst of a two-week wave of attacks against mosques in August that began when a mosque was burned to the ground in Joplin, Mo., and included incidents in Oklahoma, Florida, and Illinois. But there have been no high-level calls, presidential or otherwise, for a national soul-searching. Some Muslim organizations condemned the attacks. The Anti-Defamation League expressed “horror” and called for a federal investigation. That’s about it.

A more telling response came three days after the Wisconsin attack and 70 miles south, when Republican Rep. Joe Walsh of Illinois addressed an August 8 town hall and railed against the “radical Muslims” who he said are “trying to kill Americans every week.” The Illinois attacks against the mosques occurred on August 10, 12 and 16, all in Walsh’s district.

Walsh had it backwards. According to an ADL report published in August 2011, and recently reposted on the league’s website, deaths in right-wing terrorist attacks in America since September 2001 have outnumbered deaths from Muslim terrorism by more than 10 to 1. Of 201 people killed in domestic terrorist attacks, the league reported, only 14 were killed by Muslim terrorists — all but one of them in the 2009 Fort Hood massacre. Fully 85% were killed by white supremacists. The rest were killed by anti-government and anti-tax extremists. (A more recent study has shown 33 deaths in Muslim attacks, still a fraction of the rightest toll).

Despite the numbers, federal law enforcement invests far greater resources in tracking Muslim terrorism than the nativist kind. Until 2009, the intelligence division of the Department of Homeland Security had 25 investigators assigned to Muslim terrorism and six on the domestic right-wing beat. That changed in April 2009, when the domestic unit produced a report citing a sharp uptick in violent right-wing plots in the wake of President Obama’s election. The report prompted a furor among congressional Republicans, who accused the department of demonizing conservatives and forced Homeland Security secretary Janet Napolitano to dissolve the domestic unit. Today just one agent is assigned to domestic non-Islamic terrorism, according to former unit chief Daryl Johnson.

Congressional Republicans are still fuming over the report. Napolitano appeared before the House homeland security committee in late July and was raked over the coals by Republicans, including Walsh of Illinois, for focusing on conservative, Christian and pro-life activists and ignoring the Muslim terrorist threat.

You can’t really blame the Republicans for getting upset. As I reported recently, one Republican on the committee, Paul Broun of Georgia, sounded almost plaintive when he complained to Napolitano that when agents detail the profile of the domestic terrorist — gun-owner, Christian-conservative, pro-life — “you’re talking about me.”