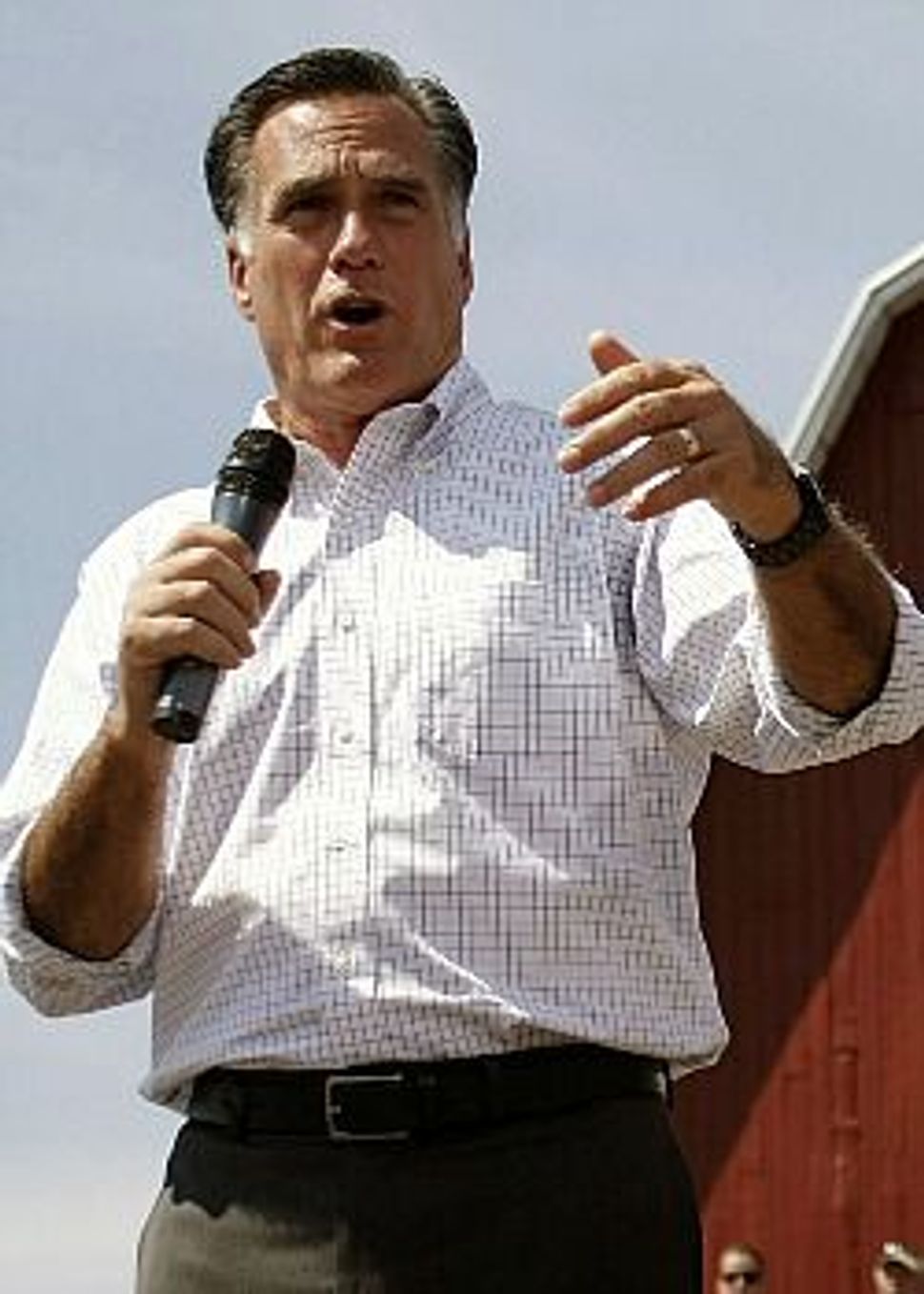 One of the inescapable narratives of the 2012 presidential election has been, and will continue to be, Mitt Romney’s attempts to woo a slice of Jewish voters away from the Democratic ticket.

Except, of course, neither Romney nor President Barack Obama are wooing the entirety of American Jewry. Because the presidential election is determined by the Electoral College, the candidates are effectively fighting an election in each of 50 states and Washington D.C. The Jewish vote is mostly concentrated in states like New York, New Jersey, Massachusetts, and Maryland that are considered safe Democratic states, and therefore not worth fighting over.

The elephant in the room, of course, is Florida.

There are around 640,000 Jews in Florida, or about 3.4% of the state’s population. That’s a big bloc, especially since Florida has 29 electoral votes, which Romney virtually must win if he is to unseat Obama.

Romney has already spent time in St. Augustine and Miami this month, while Rep. Paul Ryan held a victory event in The Villages, north of Orlando. But stumping in Florida has been made all the more difficult since Ryan has joined the ticket because of his controversial proposals to reform Medicare, which is anathema to many senior citizens, Jewish and non-Jewish alike.

Moreover, it is impossible to win over Jewish voters on wedge social issues of the sort Republicans have used successfully in the past with other constituencies. More tahn 93% of American Jews, for example, believe abortion should be legal in all or most cases and 81% support the notion of same-sex marriage.

Thus, talk inevitably turns toward Israel, an issue which Republicans believe can be used to raise doubts about Obama in the eyes of those who supported him in 2008. Consequently, the debate in Florida, and in turn nationwide, regarding Israel has become distorted, at once more strident, more narrow, and more banal.

The Romney campaign has repeatedly attacked Obama for having “thrown Israel under the bus.” In a recent overture to Jewish voters, his campaign released an ad asking, “Who shares your values?”, chastising Obama for having never visited Israel as president and refusing to recognise Jerusalem as its capital. On that theme, William Kristol’s Emergency Committee for Israel made an ad buy in Florida which promised Jewish voters, “Next year, President Romney in Jerusalem, the capital of Israel.”

And with the race in Florida a dead heat at present, the rhetoric on both sides of the political divide in unlikely to advance the dialogue on Israel or the Palestinian question as November nears. Neither camp, for example, wishes to discuss the future of the settlement enterprise, even as the Israeli government prepares for a possible showdown with the residents of Migron. And, though 90% of American Jews see the Israeli-Palestinian conflict as a major problem for Israel and 53% broadly speaking support the creation of a Palestinian state, pursuit of and discussions over the two-state solution have gone cold.

It is tempting to argue that Florida does the Jewish community a service, by forcing both campaigns to discuss these issues like Israel at all. But given the uninspiring and occasionally tasteless nature of the ongoing debate, Jews across the nation as a whole are ill-served by the warping effect of the Electoral College and both campaigns’ fixation with Florida, the state where the sawgrass meets the sky.