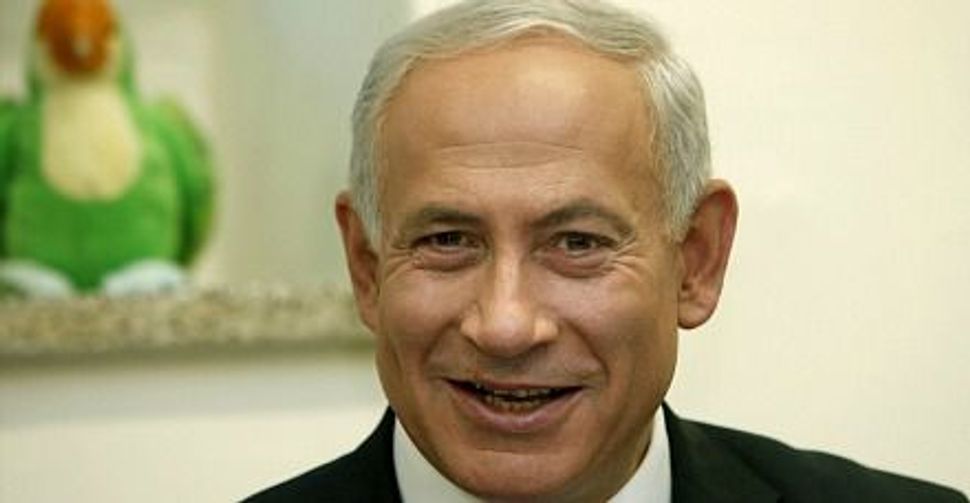 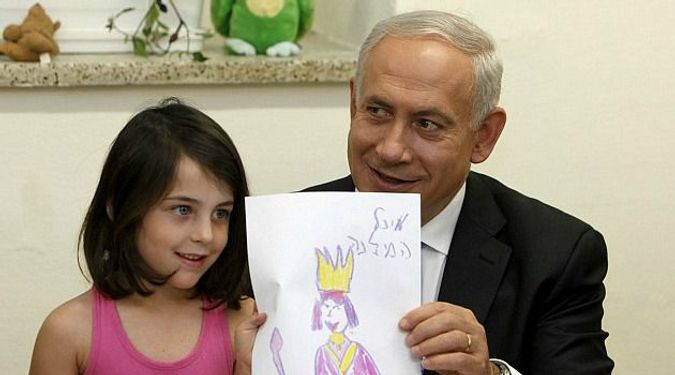 Rolling the Dice: Israeli Prime Minister Benjamin Netanyahu was all smiles as he visited kids on the first day of school. But insiders fear he is gambling with the nation?s future with his brinksmanship on Iran. Image by getty images

Benjamin Netanyahu has gotten himself in a real pickle as he prepares his nation for a showdown with Iran. He’s staked his career and Israel’s credibility on his vow to stop Iran from reaching nuclear weapons capability, no matter what it takes, with or without outside help. Israelis have learned from bitter experience, he says, that in the end they can trust only themselves.

Now, with autumn approaching and Netanyahu’s announced deadline just weeks away, it turns out that Israelis haven’t learned that at all. Despite three years of non-stop speechifying and arm-twisting by Netanyahu and his defense minister, Ehud Barak, opposition to a unilateral attack on Iran is at an all-time high. The public is opposed by two to one, polls show. The 14-member security cabinet and 8-member inner cabinet are both split down the middle. Nobody’s budged in year. Several ministers who appeared in mid-August to be moving toward Netanyahu’s position, including Moshe Yaalon and Eli Yishai, were even more opposed by month’s end. In late August Netanyahu sent his national security adviser to meet with Rabbi Ovadia Yosef, hoping the aging sage would change Yishai’s mind, but he got nowhere. Yosef reportedly offered to sign onto the Iran crusade if Netanyahu would halt efforts to draft yeshiva students.

Netanyahu’s biggest problem, though, is with his top generals and spymasters. They’re more or less unanimously opposed. A year ago only a few retired service chiefs were speaking out, notably ex-Mossad director Meir Dagan. Last December, in an utterly unprecedented series of events, active-duty service chiefs began publicly challenging the prime minister. The first was incumbent Mossad chief Tamir Pardo, who said in a speech in December that Iran was “not necessarily an existential threat” to Israel. In April, incumbent military chief of staff Benny Gantz told Haaretz in an interview that Iran’s leaders were “rational people” and probably wouldn’t risk the consequences of assembling a bomb.

By early August a long list of active-duty commanders were letting it be known that they opposed Netanyahu’s war plan, including all those most directly involved: air force chief Amir Eshel, military intelligence chief Aviv Kochavi and Shin Bet director Yoram Cohen.

Netanyahu reacted poorly: He said in a background press briefing in early August that he was “tired of all the power-point presentations” his generals were showing the cabinet to discourage a military strike. He said the generals were just “covering their butts” for fear of facing commissions of inquiry and losing their jobs if the operation went badly.

If Netanyahu hoped to whip the generals back into line, he miscalculated. Beyond the nonsensical idea that retired generals fear for their jobs, the brass saw Netanyahu sabotaging the military by accusing its commanders of cowardice. The insult wasn’t just personal. In saying Israel’s military was weak he was recklessly undermining Israel’s deterrence.

Netanyahu’s failure to win support for a raid puts him in a terrible bind. On one hand, he has essentially committed himself to attacking. Having laid the gun on the table, he has to pull the trigger or risk damaging his and Israel’s credibility. That’s catastrophic for a country surrounded by enemies and dependent for its survival on credible deterrence.

On the other hand, if he orders a raid and it goes half as badly as his defense chiefs predict, the Jewish state will be gravely, perhaps mortally wounded. Of course, generals can be wrong. But all of them, all at once? Is Israel’s vaunted military that incompetent? And if it is, how does Netanyahu expect to defeat Iran?

It’s widely believed, especially outside Israel, that Netanyahu is bluffing, trying to pressure the world community into pressuring Iran. This theory was popular in Israel for a time, but it’s ringing hollow lately. The military has invested vast amounts of money and training time preparing for a raid. As columnist Nahum Barnea put it in Yediot Ahronot, “If it’s a bluff, it’s the most expensive bluff in history.”

More important, the commanders tasked with preparing the raid believe it’s for real. That’s why they’re speaking out.

It’s worth noting that most of the critics don’t oppose an attack in principle. A few appear to question the urgency of preventing an Iranian nuclear weapon, as Pardo and Gantz did. But most agree a nuclear Iran represents a deadly threat. What they question are Israel’s ability to hit Iran’s facilities hard enough to matter and its ability to withstand likely Iranian retaliation. Most important, they fear the damage a solo attack would cause to Israel’s most important strategic asset, its ties with Washington.

Most of the professionals favor leaving the job to America. Most have intimate knowledge of administration thinking from their own professional relationships in Washington, and they unanimously dismiss Netanyahu’s suspicious view of President Barack Obama. They also worry that an Israeli raid would only set Iran back a year or two, leaving it more determined than ever to go nuclear. Even an American raid would do little unless it’s followed by ongoing, intrusive inspections of the sort imposed on Iraq after the 1991 Gulf War. But that requires a broad international coalition that only America can mobilize. In short, leaving the job to America would virtually guarantee its success, while unilateral Israeli action would guarantee failure and worse.

Most friends of Israel find this kind of talk disorienting. They usually hear Israeli leaders talk tough about self-reliance and the world’s indifference. That’s not how Israeli security thinks, but the generals traditionally keep their views to themselves in deference to civilian democracy. They’ve only begun speaking out now because they’re scared of where the leaders are headed.

Well, hold on tight. Your disorientation will only grow in the weeks ahead as the generals unleash their next line of argument: the urgency of resuming talks with the Palestinians. That’s needed, they say, to reduce anti-Israel hostility on the Arab street and allow the Sunni regimes in Egypt, Jordan, Turkey and Saudi Arabia to join with America against Shi’ite Iran.

Five years ago nobody talked this way but Peace Now and the Shin Bet. In the last few weeks I’ve heard it from some of Israel’s best known hawks.

You’ve probably heard Israelis say that the Palestinians refuse to talk, that nothing Israel can do will change them and anyway Arab hostility has nothing to do with Palestinians, settlements or borders. The trouble is, Israeli intelligence hasn’t taken that talk seriously for years. They’ve held their tongues and let the politicians blather on because that’s what soldiers do in a democracy. They assumed that when the crunch came the politicians would do the right thing. Now the crunch is here, and the politicians are headed over a cliff.