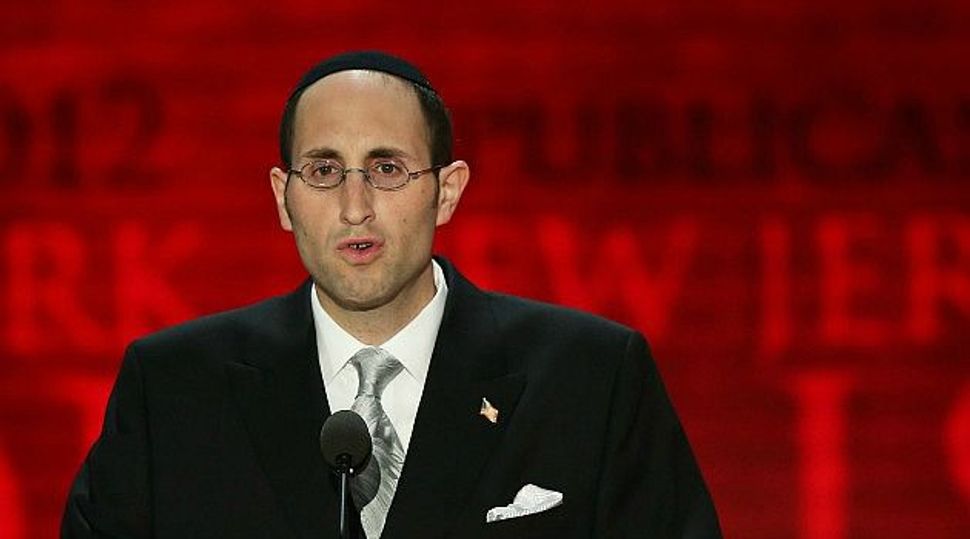 Long Tradition: When rabbis Meir Soloveichik and David Wolpe gave invocations at this year?s political conventions, it may have seen like a novelty. In fact, rabbis have been addressing the gatherings for more than a century. Image by getty images

“The prayer at the convention was offered by a Jewish rabbi,” The New York Times reported in an article headlined “Why a Rabbi was Chosen.” The reference was to neither Meir Soloveichik nor David Wolpe, who delivered invocations at this year’s Republican and Democratic National Conventions. Instead, the reference was to Samuel Sale of St. Louis. And the year was 1896.

Sale, a prominent Reform rabbi, appears to have been the first rabbi ever to deliver an invocation at a national party convention. His selection, according to the Times, was a “compromise” engineered by the managers of William McKinley’s presidential campaign. Since the Republican Party in 1896 included both upscale Catholics and Protestant members of the staunchly anti-Catholic American Protective Association, it was hoped that the rabbi — who actually had family ties to the Democratic Party — would satisfy both camps. 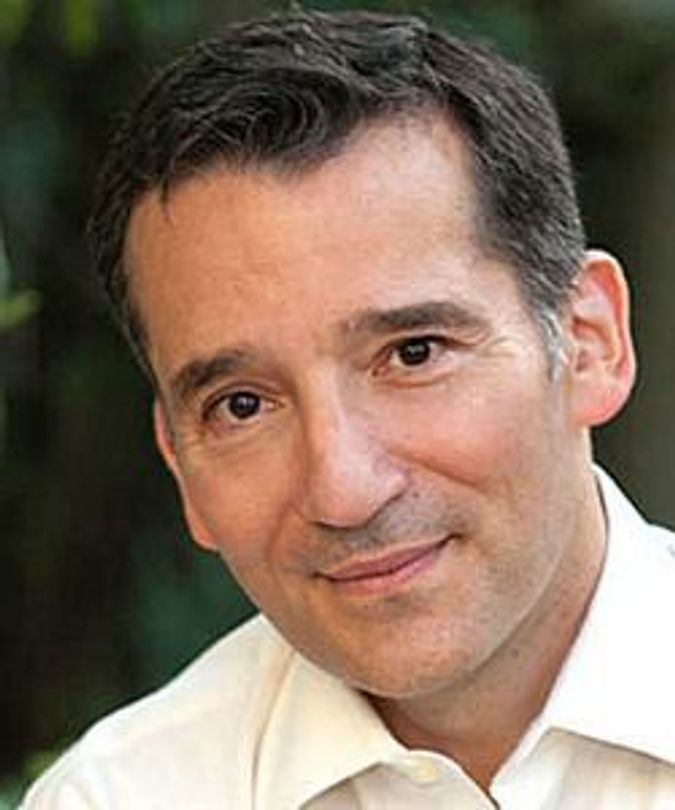 As is so often the case, a hidden political agenda also underlay the invitation to the rabbi. The Democratic Party, amidst a severe economic downturn, lurched leftward in 1896, renouncing the conservative pro-business policies of outgoing Democratic president Grover Cleveland. Populist calls to repudiate debt and remove the country from the gold standard made traditional urban Democrats, Jews among them, deeply uneasy.

Rabbi Sale’s prayer, that “the credit of our government shall remain untarnished forever,” reflected that concern. The hope was that wavering Jews might end up in the Republican camp. When the silver-tongued orator William Jennings Bryan, casting himself as a crucified Jesus and proclaiming “you shall not crucify mankind upon a cross of gold,” became the Democratic standard-bearer, the hopes of the Republican Party were realized. Many Jews, along with other frightened Democrats, jumped ship, and McKinley won the election.

Four years later in 1900, perhaps in a bid to win Jews back to the fold, Democrats invited a rabbi to deliver the invocation at their national convention in Kansas City. Harry H. Mayer, who was all of 26 years old and the Reform rabbi of Congregation B’nai Jehudah in that city, performed the honors, courageously praying that “the partition walls of party affiliation and racial affinities dividing men against themselves may be leveled.” Whether any Jews returned to the Democrats after they re-nominated Bryan as their standard-bearer cannot be determined, but the Republican McKinley triumphed in a landslide.

Thereafter, twentieth century political conventions frequently featured rabbinical invocations. When the Republicans met in Chicago in 1920, Emil G. Hirsch of that city offered a prayer. In 1924, when the Democrats met in New York City, Stephen S. Wise was invited to do so — uniquely, he was at the time, also a convention delegate. Perhaps in response to rising currents of anti-Semitism, both parties, in 1932, invited rabbis to deliver invocations: One prayed for peace, the other appealed for the needy.

Without any rabbi invoking God at his party’s national convention, Democrat Franklin Delano Roosevelt, in 1944, won more than 90% of the Jewish vote. Four years later, however, he was dead and his successor, Harry Truman, appeared politically vulnerable. So in a bid to draw Jews away from their Democratic moorings, Republicans turned to the great rabbinic orator and Zionist leader, Abba Hillel Silver of Cleveland, to deliver an invocation. The majority of Jews remained unswayed, but one scholar calculates that Truman’s opponent, Thomas E. Dewey, upped his total to as much as 28% of the Jewish vote that November. Silver, a registered Republican, was again invited by his party to deliver invocations in 1952 and 1960. In 1956, President Eisenhower’s World War II advisor on Jewish affairs, Judah Nadich, delivered the Republican invocation, perhaps the first Conservative rabbi ever to do so.

Invocations by Orthodox rabbis, like Meir Soloveichik, are a more recent phenomenon, reflecting both Orthodoxy’s rising numbers and its strengthening ties to evangelical Protestants and conservative Catholics. In 1976, probably in a bid to assuage Jewish concerns about Jimmy Carter and his faith, Atlanta’s Orthodox rabbi, Emanuel Feldman, delivered the benediction at the Democratic National Convention. Eight years later, Fabian Schonfeld of Queens, opening in Hebrew (as Soloveichik did this year), offered the invocation at the Republican convention that re-nominated Ronald Reagan. Astonishingly, both parties invited Orthodox rabbis to deliver prime-time invocations in 1996: Daniel Lapin prayed for the Republicans and Moshe Faskowitz for the Democrats.

Just four years ago, in a bid to seize the religious mantle (and the presidency) away from the Republicans, Democrats dramatically increased the role of religion at their convention. David Saperstein, director of the Religious Action Center of Reform Judaism, delivered the most prominent invocation in 2008, on the very night when Barack Obama accepted his party’s nomination. A record seven different rabbis offered prayers of one kind or another at that convention: two of them were Orthodox, three Reform, one Conservative and one Reconstructionist. “ I assume,” one Jewish leader observed in amusement, “Obama has a goy or two as well.”

Against this background, the recent convention invocations by Meir Soloveichik and David Wolpe suggest a return to business as usual. Both parties seek to attract Jewish voters. Both believe that inviting a prominent rabbi to offer prime-time prayers can help.
Though heavily staged and ritualized, the appearance of rabbis like Soloveichik and Wolpe at national political conventions remains significant. It legitimates Judaism as a major American faith, tracks shifting political and religious currents, and provides selected rabbis with a national audience and a moment of fame. As to the question of “Why a Rabbi was Chosen,” the answer hasn’t changed much since 1896. It all comes down to politics.

Jonathan D. Sarna is the Joseph H. & Belle R. Braun Professor of American Jewish History at Brandeis University and the author of When General Grant Expelled the Jews (Nextbook, 2012).